When did Earth's atmosphere become oxygen-based, and why did it matter for life on Earth? Learn all about it in this article!

If you had a time machine and could travel back to Earth as it was three billion years ago, you would find yourself unable to breathe the air around you. At this point in Earth’s history, our atmosphere was primarily hydrogen-based, had only trace amounts of oxygen, and would have been completely inhospitable for most multicellular lifeforms [1]. So, what happened? How did our atmosphere become oxygen-based, and what did this shift mean for life on Earth? Join me as we dive into one of the most important events to ever take place in the course of Earth’s history.

Three billion years ago, most life on earth was anaerobic—meaning they didn’t use oxygen in their metabolic processes (chemical reactions used to generate energy). But around 2.5 to 2 billion years ago (or possibly earlier—more on that later), something big happened [2]. Colonies of bacteria known as Cyanobacteria began the process of water-splitting photosynthesis, which uses light as an energy source and produces an output of oxygen gas. Eventually, this led to the accumulation of oxygen in the atmosphere until it reached approximately present-day levels [2]. This dramatic change in the composition of our atmosphere is known as the Great Oxidation Event. 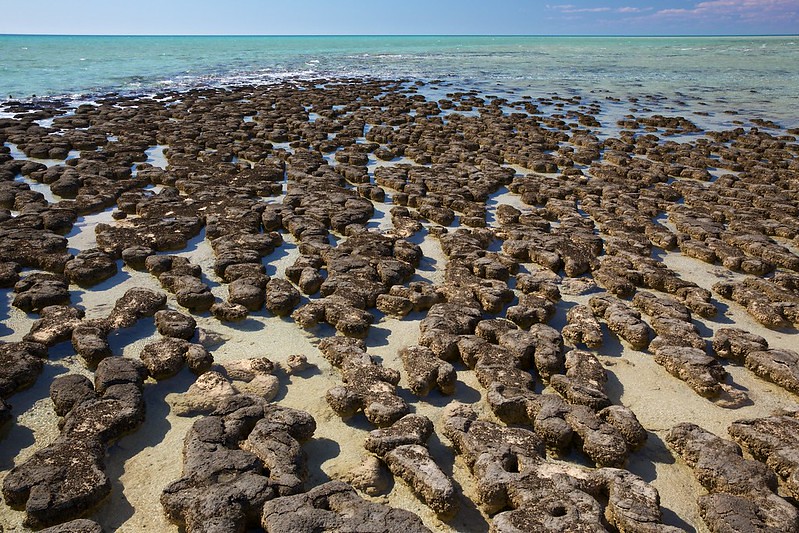 Figure 1. If you were walking along the coast two billion years ago, you likely would have run into these strange deposits. These mounds of layered sediment and Cyanobacteria—known as stromatolites—are produced by colonies of Cyanobacteria over time, and are responsible for life on Earth as we know it. Stromatolites still exist today along the coasts of Australasia. Photo Credit: Julie Burgher via Flickr.

The Great Oxidation Event did not happen overnight. For hundreds of millions of years while Cyanobacteria were photosynthesizing, oxygen was still not a significant part of the atmosphere. Oxygen gas was captured by dissolved iron in oceans, turning the dissolved iron into water-insoluble iron oxides that then sunk to the sea floor. For a while, these oxygen sinks were capturing oxygen molecules which prevented the gas from accumulating in the atmosphere. But eventually these sinks were unable to accept any more oxygen, and our oxygen-based atmosphere was formed [3]! How do scientists know all of this? Clues in ancient soils and rock formations helped researchers piece together the oxidation of Earth’s atmosphere. One clear indication of the Great Oxidation Event was the sudden deposition of banded iron formations around 2.5 billion years ago [1, Figure 2]. These banded iron formations contained strips of iron oxide—showing that iron had clearly come into contact with large amounts of oxygen right around this time. 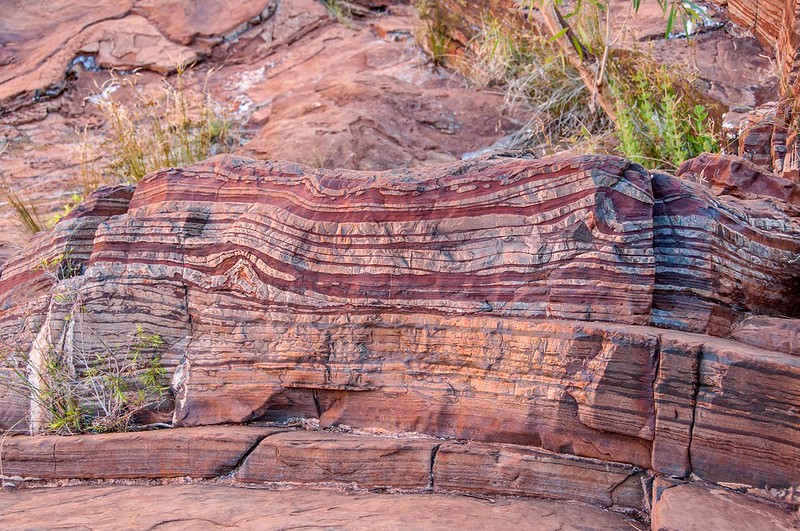 Figure 2. An example of banded iron formations (the red bands in the sediment) that provided major insights into the timing of the Great Oxidation Event. Photo Credit: Graeme Churchard via Flickr.

A significantly oxygen-filled atmosphere had major consequences. It was quite deadly for many of the anaerobic microbes that had previously dominated Earth’s ecosystems, since for many anaerobes the presence of oxygen inactivates enzymes necessary to live [4]. The mass extinction following the Great Oxidation Event was one of the largest extinction events in the course of Earth’s history [5]. At the same time, oxygen is an amazingly high energy molecule. That makes it a fantastic molecule to metabolize, and it is now one of the most common molecules used in cellular respiration across all life on Earth [6]. Because metabolizing oxygen was so efficient, the Great Oxidation Event paved the way for the evolution of more complex multicellular life [1]. Without it, the beautiful diversity of plants, animals, and fungi on our planet today may have never evolved.

Very recent research, however, has begun to revise the timeline of aerobic (oxygen-using) life on Earth. With evidence of three billion year-old mineral deposits that could only be created with oxygen, researchers examined hundreds of oxygen-related genes across 130 families of single-celled organisms and detected a burst of microbes obtaining oxygen-related genes around 3-3.1 billion years ago [7]. The discovery of small amounts of aerobic life half a billion years before the Great Oxidation Event shows that the shift to oxygen-dependence evolved slowly, and the paired transformation of Earth’s life forms and Earth’s atmosphere took even longer than originally estimated [7]. It is incredible how the development of a few interesting metabolic mutations in three billion year-old microbes have completely shaped the course of life on Earth. Perhaps even now, mutations exist in some lifeform that will reengineer what life looks like in the millions of years to come.

[7] Services, Robert F. The first organism to use oxygen may have appeared surprisingly early. Science Magazine (2021).