The primal relationship between humans and nature has perplexed scientists for years. It is no secret that reduced anxiety and a sense of serenity are common consequences from spending time in the natural world, but the underlying mechanism may surprise you.

The view from the top of a mountain overlooking a summer sunrise; the crisp autumn air and smell of pine in the middle of a forest; the salty ocean breeze caressing a white sand coast. The captivating beauty of nature has eternally intrigued humans. Even with the hustle and bustle of modern life, we still find ourselves longing for a Saturday beach day or Sunday hike. Even just a deep breath of nature’s fresh air can have a noticeable effect on our mood. This primal relationship between humans and the natural world is not surprising, but how and why do so many people feel calm and refreshed from interacting with the natural world? The affinity humans have towards interacting with nature is known as “biophilic drive” (bio- meaning life or nature, and -philic meaning love or affinity for) [1]. New research reveals an unseen explanation behind this inherent attraction we feel towards nature. 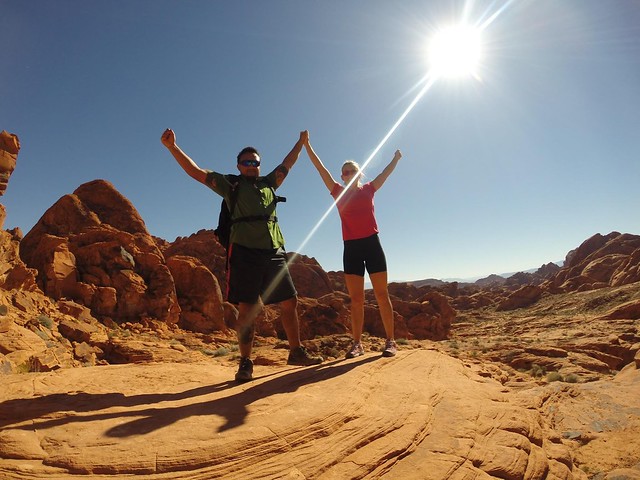 Figure 1. For many, the great outdoors are an enticing escape from stress and anxiety. (Source: Adam Bautz at Flickr)

A study conducted in 2020 suggests that biophilia may have a microbial basis. Charmingly dubbed “The Lovebug Effect” because the “bugs” (microorganisms) in our gut are what give us our love of nature, the phenomenon is proposed to have served multiple evolutionary benefits for both humans and microbes throughout time [2]. Humans host a variety of microbes from the environment. Some of these microbes are able to colonize in the body, and in turn provide advantages like training the immune system [3], defeating pathogens by competitive exclusion [4], and elevating mood [5-7]. These human-microbe associations are continually tested and refined through natural selection, leading humans and microbes to coevolve [8]. As a result, humans innately experience a biophilic drive because microbes increase human desire to spend time in nature, and we consequently associate being outside with feeling good. We now can hypothesize how this positive reinforcement cycle happens. 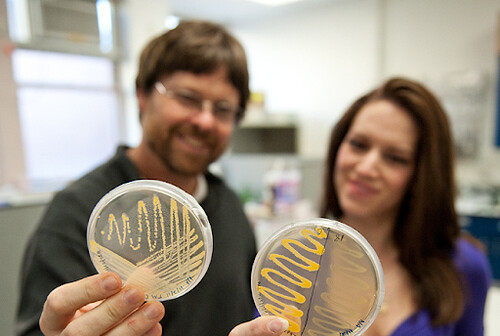 New research suggests that the human microbiome can affect not only mood and behavior, but also mental health. Drs. Kelly Haas and Jeffrey Blanchard, skin and soil microbiome researchers (respectively) at UMass Amherst, discovered a genus of bacteria that has established new insights into the link between the gut microbiome and mental health. The newly discovered genus Kineothrix falls under the family Lachnospiraceae, a family of bacteria that is essential to gut health in humans [9]. Interestingly, this genus was discovered not in the human gut, but in forest soil samples from the village of Montague Center, MA. In a recent randomized controlled study, mice who were exposed to trace levels of dust from biodiverse soils showed a significant reduction in anxiety-like behaviors [10]. This behavioral change correlated with colonization of Kineothrix alysoides and was replicable by introducing pure cultures of K. alysoides to another batch of mice. Kineothrix produces butyrate, a short-chain fatty acid that has been shown to have positive effects on both gut and mental health [11]. The researchers concluded that supplementing the microbiome with butyrate-forming bacteria like Kineothrix may be beneficial for both digestion and mental health.

These findings are not only fascinating but also particularly relevant to the events of the past year. When the COVID-19 pandemic took the world by storm, mental health was compromised for people of all ages. Public gatherings were not an option anymore. For many this meant increased loneliness, boredom, and feelings of social isolation. Many turned to the wonders of nature for solace, as an adventurous way to pass the time without gathering in public. Spending time in nature remains a commonplace and enjoyable pastime despite today’s ever-modernizing world. Just like moths to flames, the bugs in our guts are drawing us to the natural world. The relationship we have with them has been sturdy and reliable throughout time, so trust your gut next time it tells you to stop and smell the roses!