Fish are decreasing not only in number but also in size. What does this mean for the future of fish sauce, fish populations, and fisheries? 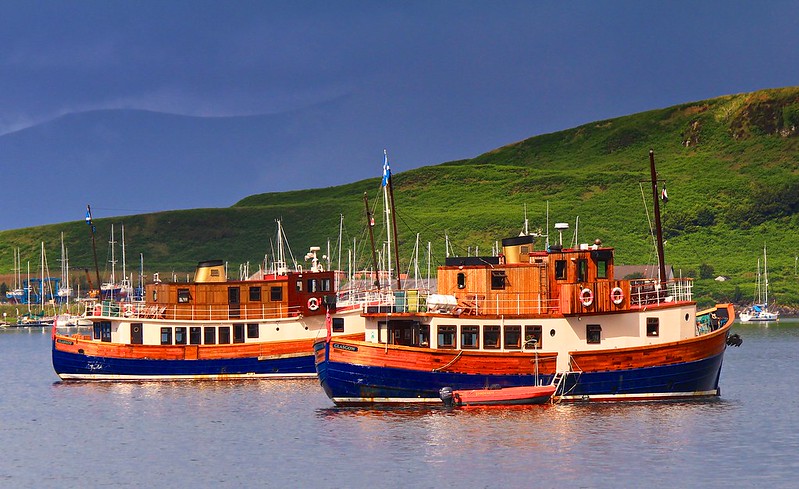 Many cuisines around the world rely on different species of fish to serve as sources of high-quality protein. In Vietnam, cá kho tộ typically features braised catfish and a caramelized sauce in a clay pot. Gravlax is a Nordic dish that offers a mouth-watering blend of cured salmon and mustard-dill. A staple in Senegal and Mauritania, thieboudienne is loaded with rice, tomato sauce, and red snapper.

With the world population more than doubling over the past 60 years, fish stocks face increasing pressure to provide consumers with a steady supply of nutritionally and culturally valuable meat. From 1961 to 2017, the annual growth rate of fish consumption increased by 3.1 percent per year, exceeding the annual fish population growth rate of 1.6 percent per year [1]. Simply put, there are fewer fish in the sea today than there were a century or even a decade ago. To make matters worse, reports from fishermen and scientists suggest that many fish are smaller on average today than in the past [1].

As the saying goes, bigger isn’t always better. In some circumstances, no direct correlation exists between size and value. A nickel, for example, is worth less than a dime despite its greater size. In other circumstances, large objects attract attention, consequently diverting pressure and competition away from their smaller counterparts. Big fish are valued more highly by humans than small fish, even though they play a crucial role in replenishing marine populations.

In a process known as artificial selection, humans take steps to enhance and perpetuate organisms with desirable characteristics. When it comes to fish, we generally focus our efforts on individuals with large body sizes because they produce a higher yield of usable fillets, command a higher price, and are better for showing off to friends and enemies. Additionally, in response to the collapse of fish stocks, officials have introduced a slew of regulations designed to prevent fish of spawning size from being prematurely caught. Many fisheries operate under size limits, which vary by region and species, producing harvests composed primarily of large fish [2].

Size-selective fishing allows juveniles to continue breeding and propagating their species, but it also applies selection pressure on fish populations. The removal of large fish from marine environments has led to both the loss of genes for large body sizes and the proliferation of genes for small body sizes. Between 1975 and 1993, for instance, Chinook salmon in Alaska’s Bristol Bay experienced a 25% drop in mass, while those in the Kuskokwim River faced a 32% drop [3]. Rather than stretching across a wide range of variants, the gene pools of some fish populations now concentrate around one end of the size spectrum, indicating a decline in genetic diversity and reduced resilience to overexploitation.

It has been argued that in the absence of large predatory fish, fisheries will turn to increasingly smaller species [4]. Whether or not this concept of “fishing down the food web” holds has been a topic of debate for over two decades. If one thing’s for sure, it’s that fisheries-induced evolution is resulting in diminished fish sizes.

Figure 2. The Atlantic silverside is a small species of fish from the West Atlantic that grows no more than six inches in length. Its sensitivity to environmental changes is what makes it an ideal organism for scientific research. (Source: Smithsonian Environmental Research Center via Wikimedia Commons.)

The effects of size-selective fishing extend beyond size to include sexual maturation and fecundity. Two life strategies influence the age at which fish mature and reproduce: the “live slow, grow old” strategy and the “live fast, die young” strategy [2]. Size-selective fishing favors the latter by forcing fish to put all their energy into maturing quickly and producing offspring early to ensure the survival of their species. Unfortunately, compared to their larger counterparts, small fish lay fewer and smaller eggs, have more natural predators, and exhibit higher larval mortality. This means that populations with higher proportions of small fish generally face more difficulties bouncing back after being overfished.

Low abundance and low diversity now plague many fish populations, restricting their adaptability to ecological competition and environmental variability. To make fishing more sustainable, we could seek out medium-sized fish, expand our size preferences, or even combine fishing methods that target different traits. Whatever we do, we must remember that the future of our plates is in our hands.

[1] Food and Agriculture Organization of the United Nations. (2020). The state of world fisheries and aquaculture 2020.