Evolving is a team sport. Many animals co-evolve along with microbes in a symbiotic relationship.

Though you might not know it just by looking around, our planet is teeming with microbial life. Microbes are the oldest and most diverse types of organisms on Earth. They were the first life on our planet 3.5 billion years ago, and today they contain more genetic diversity than all macroscopic (visible to the naked eye) organisms combined [1]. All macroscopic life on Earth has evolved in the constant presence of microbes. So, it makes sense that microbes have influenced the evolution of animal life. In many cases, microbes have formed symbiotic (mutually beneficial) relationships with animals that shape how these animals adapt to their environment and confer massive evolutionary advantages. 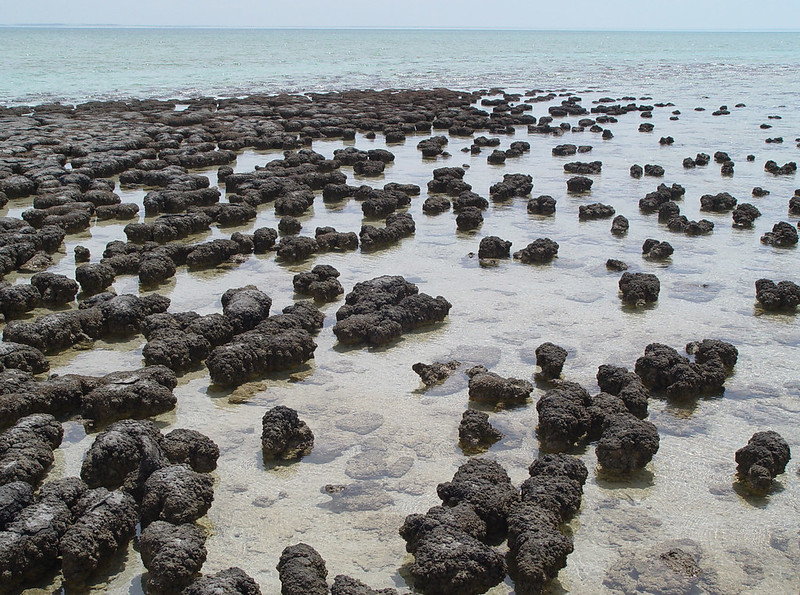 Figure 1. Stromatolites just like these modern ones in Australia are the rocky deposits of some of the oldest lifeforms on earth, Cyanobacteria. Though not the focus of this blog post, cyanobacteria are one of the microbes that massively shaped the evolution of life on Earth by producing large quantities of atmospheric oxygen early in Earth’s history. Photo credit: Paul Harrison via Wikimedia Commons.

A great example of host-microbe symbiotic relationships is the gut microbiome of herbivores (plant-eating animals). Fermenting microbes exist in the digestive tracts of most plant-eating vertebrates. Many dedicated herbivores have a digestive tract morphology that has co-evolved with fermenting microbes: they often have an enlarged section of the gut that houses a rich community of microbes that break down plant fibers the animal host can’t digest on its own [2]. These fibers are broken down into energy-rich compounds called short chain fatty acids, or SCFAs. SCFAs can be a very important source of energy for herbivorous and omnivorous animals—accounting for up to 57% of a leaf-eating primate’s energy needs [2]. The gut microbiome also produces vitamins that their animal host cannot get from its diet or synthesize on its own but are necessary to the animal’s health and functions, including vitamin E, vitamin K, and several types of B vitamins [3]. 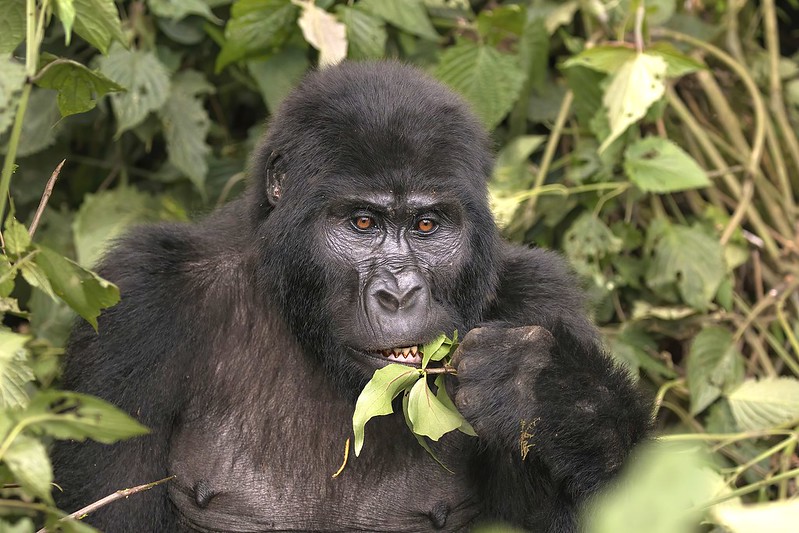 One particularly striking example of microbe-animal co-evolution is bioluminescence (check out previous TLS posts about bioluminescence here and here). Bioluminescence is the chemical production of light within a living organism and is often observed in marine invertebrates and fishes. It is beneficial to and necessary for the survival of many of these animals. In some animals bioluminescence is used to attract mates, while in other species it acts as a form of predator defense or attracting prey [4]. Though some animals can produce their own bioluminescence, many animals rely on symbiotic bacteria to chemically produce light for them! The specialized animal tissues that host these bioluminescent microbes appear to filter the microbes out of the ocean water [5]. These tissues may offer nutrition and protection for bioluminescent microbes, making them an optimal place to grow [5]. 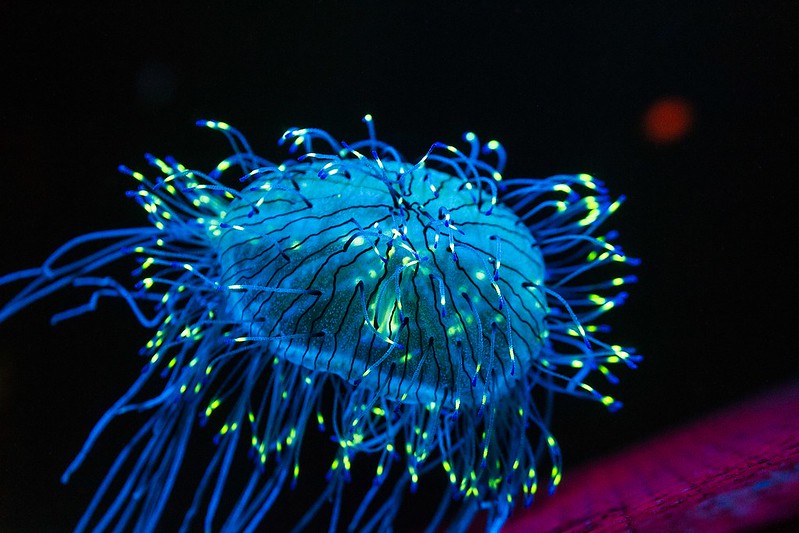 Figure 3. Bioluminescence, such as the beautiful glow seen in the flower hat jelly, is actually found in some form in a majority of marine invertebrates and fishes! Photo credit: Chris Favero via Wikimedia Commons.

These are just two examples of a larger pattern in which microbes are co-opted by animals to help the animals quickly adapt to selective pressures. As our knowledge of the microbiome increases, we are beginning to understand how important microbes are to animal evolution. Rather than slowly evolve on their own, animals can form symbiotic relationships with microbes that allow animals to use the existing abilities of different microbes to adapt to the environment. In this context, macroscopic organisms plus their associated microbes can be thought of as a discrete biological unit—called the “holobiont”—upon which evolutionary forces act [6]. Truly, evolution is a group effort!