Native Alaskans have a wealth of traditional knowledge that helps them survive, some of which are still not entirely understood by science. Many Native Alaskan groups use wolverine fur for the ruffs around their faces. Read on to find why wolverine fur is the best for ruffs. 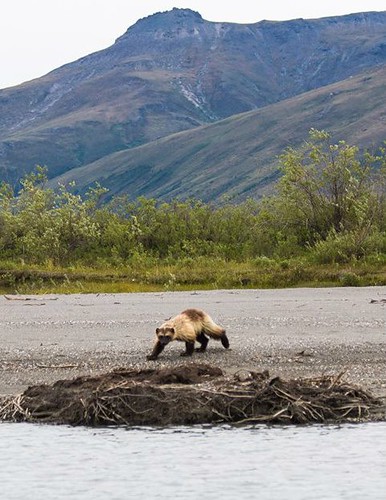 Fig. 1 – A wolverine photographed during an Alaskan summer on the Noatak River near the Arctic National Park in Alaska. Wolverines have unique coloration and a stocky build compared to other mustelids due to which they are often mistaken for small bears. (Source: S. Behrns via Wikipedia)

We aren’t talking about the Marvel superhero here, but the largest land-dwelling mustelid (a taxonomic group that includes ferrets, otters, weasels, and badgers). Mustelids usually have a long and thin body type; however, wolverines break this mold and physically look more similar to bears (Fig. 1). Wolverines live circumpolar, which means they can be found in northern forest and tundra habitats all around the globe. Wolverines are solitary carnivores and live at low population densities in most places. Only Montana and Alaska have high enough populations that allow for the legalization of wolverine fur trapping [1] (Fig. 2). 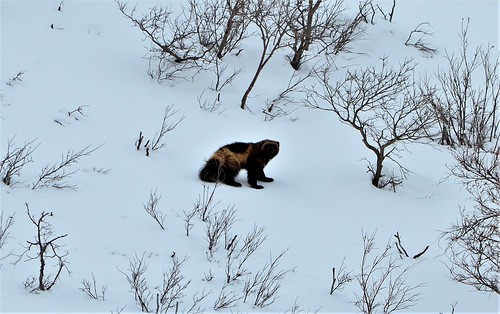 Fig. 2 – A wolverine showing off its cold-adapted fur during an Alaskan May near the Eielson Bluffs. (source: S. Skirvanek via Denali National Park Service)

In Alaska, wolverine fur is highly valued by Indigenous peoples. Wolverine fur is often featured on the ruff (fur lining around the hood) of traditional parkas made by many native Alaskan groups. One traditional ruff style is the sunshine ruff made by the Iñupiat people of northwest Alaska; this ruff is made with a halo of wolf fur on the outside and wolverine fur on the inside towards the face. The rump and back legs of the wolverine are the most prized parts, and are traditionally used for women’s ruffs and reserved for elders [2] (Fig.3). 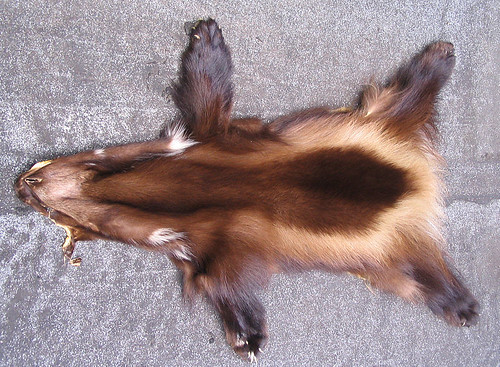 Fig. 3 – A tanned wolverine pelt; the light fur on the hind end of the animal is traditionally used for women’s sunshine ruffs. (Source: Kürschner via Wikipedia)

Many traditional Yup’ik hoods are also trimmed with wolverine fur [3,4] (Fig 4). Wolverine fur is heavily featured in ruffs because it has unique properties that make it especially suited to frame the face in sub-zero temperatures. When wolverine fur collects frost, it can be easily brushed off, keeping the fur dry. Wolverine fur has been shown to be the most efficient insulator for seasonal changes [5,6,7]. 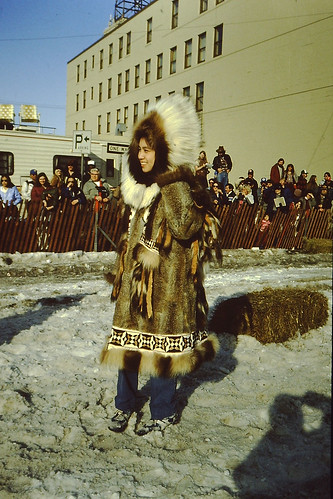 Fig. 4 – A modern atkupiaq (Yup’ik for parka, pronounced at-kuk-pi-ick) being shown at a fur market in Fairbanks, Alaska between 1980 and 1983. The parka features a sunshine ruff in addition to wolverine trim at the hem and cuffs. (source: K. F. Herhold via Wikipedia)

This might not seem like a big deal to folks who aren’t from Alaska and haven’t experienced the coating of frost on your face, hair, and ruff that collects at forty below (Fig. 5). However, this is a big deal because the frost collected makes the micro environment around your face colder and the frozen hairs can cut your face [6,7]. Frost collects on surfaces near the face because the warmed water droplets in your breath contact surfaces near the face and freeze. Wolverine fur solves this problem, which has led scientists to try to understand how exactly it works so they can produce synthetic biomimetic (life-copying) materials that can be used instead. 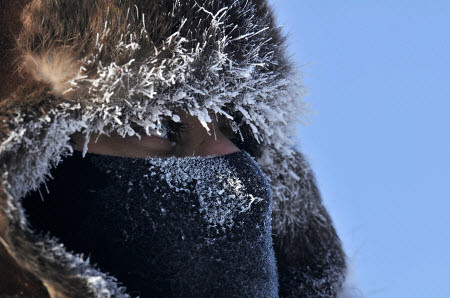 Fig. 5 – Frost collects around one’s face as they breathe. (source: US Navy)

Liu and colleagues (2018) studied the heat transfer of wolverine hairs and described their structure as examined using electron microscopy [9]. Heat transfer is the study of how heat is generated, used, converted and exchanged between materials. These researchers were able to use mathematical modeling to understand which features of the hair were essential for heat preservation and insulation. They found that wolverine hairs have a hierarchical porous structure, which means the hairs are composed of a porous center and solid outer layer; within the porous center the pores increase in size along the hair length [9]. This hierarchical porous structure means that close to the body of the wolverine, the small pores keep hair the same temperature as the body over a short distance.

Further down the hair shaft the pores get larger and allow rapid changes in temperature such that the distal parts (part of the hair farthest from the body) of the hair are the same as the ambient temperature [9]. This allows the ruff to keep the area around your face warmer than when surrounded by other materials. It is still not known how wolverine fur stays dry and allows frost to be easily brushed off, though the angle of the guard hairs (long, coarse hairs that form the outer layer of an animal’s coat), fur density, and the smoothness of the hair shaft have been suggested as potential mechanisms [6]. Researchers still haven’t uncovered why wolverine fur is best suited for ruffs, but that won’t stop folks living in the coldest parts of our world from continuing to use these techniques to survive.