Madagascar is undergoing environmental and socioeconomic crises that threaten the future of the island country. Here is how community-based conservation can help.

Lemurs are a unique group of primates, with such high diversity that they represent a fifth of the world’s primate species. However, they’re only found on Madagascar⁠—a single, large island off the eastern coast of Africa [1]. Unfortunately, a recent scientific reassessment found that ninety-four percent of lemurs are threatened [1]. Forest cover is shrinking and lemur population sizes are plummeting. But lemurs aren’t the only group in crisis in Madagascar. Approximately ninety-two percent of Malagasy people live on less than two dollars a day [1]. Madagascar has extremely high rates of food insecurity and malnutrition, with a widening gap between wealthy and poor communities. 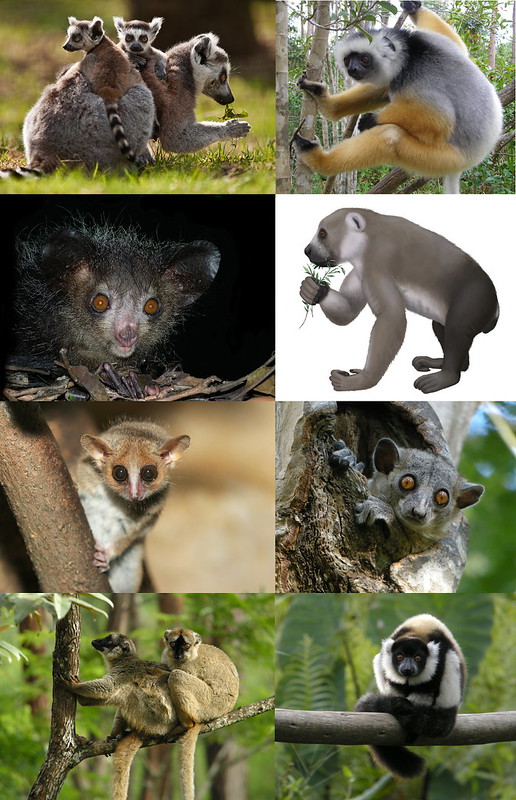 Figure 1. A sampling of the astounding diversity of living (and extinct) lemurs in Madagascar. There are over one-hundred species of lemurs alive today! Image source: Maky via Wikimedia Commons

Madagascar is rich in a variety of natural resources like mica, titanium dioxide, sapphires, vanilla, and hardwood, which are highly valued in western markets [2]. Yet, these resources are controlled by multinational corporations from industrialized countries, leading to an economy largely based on unsustainable resource extraction [3]. Countries like Madagascar remain reservoirs of cheap labor and raw materials for these industries, and the monopoly these companies have on natural resources restricts Malagasy access to advanced production techniques to further develop their own economic interests. Instead, these international companies often become the only source of income for rural and poor Malagasy people, who are forced to work for essentially nothing. For example, mica miners in Malagasy mines make less than forty cents for each kilogram of mica they harvest [4]. Often entire families work in these mines and make so little that they become indebted to mica buyers who loan them money so they can eat [4].

The chronic economic underdevelopment of Madagascar may seem wholly unconnected to lemur conservation, but in fact they are inextricably linked. When multinational companies begin harvesting resources in high biodiversity areas of Madagascar, they tend to drastically disrupt and destabilize the quality of life in these areas, even after working out contracts with the government. When these companies then become the only source of income for rural people, local communities may cut down forests and engage in resource extraction for the companies just to survive [5]. This leads to a pattern of poverty and unsustainable mineral, logging, and agricultural harvesting that risks the long-term preservation of biodiversity in Madagascar. Industry-driven deforestation and fragmentation reduces existing lemur population sizes and breaks connections between populations, which makes lemurs even more vulnerable to human-caused diseases and climate change [2]. 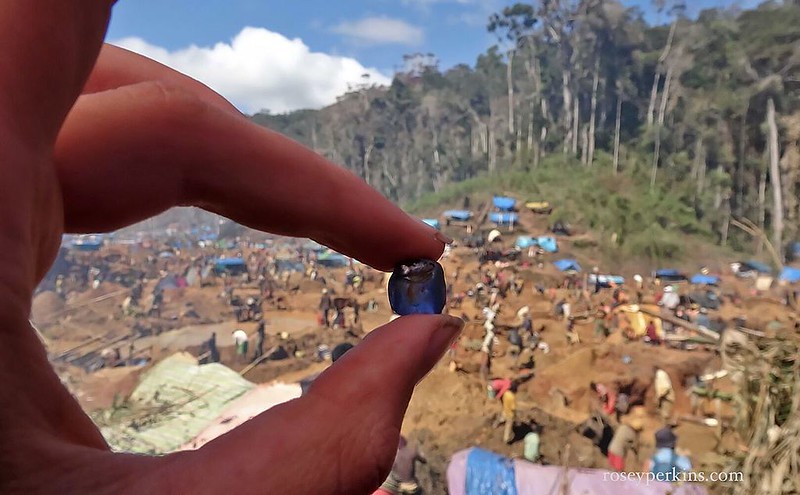 Figure 2. This photo shows the effect of sapphire mining on the edge of the forest in eastern Madagascar. Mining can create a lot of soil and water pollution that can directly affect the wellbeing of animals in that area [2]. Local community associations have been reforesting abandoned sapphire mines in some areas in Madagascar [6]. Photo credit: RoseyPerkins via Wikimedia Commons

One example of agricultural clearing affecting lemurs is happening right now in Kirindy Forest, a protected area in western Madagascar. Kirindy Forest is the only place where the world’s smallest primate, Madame Berthe’s mouse lemur, is found [7]. In 2016, farmers migrated towards Kirindy after a failed maize harvest and began clearing the forest to grow this crop. Businessmen and politicians from Madagascar’s larger cities were paying the farmers to burn and clear the land because maize is part of the supply chain for a French beverage company [7]. In just two years, Kirindy forest has shrunk by four percent [7]. As of 2019, the shallow soils of the farmers’ new fields had been worn out by repeatedly planting the same crops over the past three years. These monoculture practices have forced farmers to cut deeper into the forest to make any money at all (for more reading on monocultures, see this post). Possibly as a consequence of this unsustainable agricultural clearing, Madame Berthe’s lemur has not been seen in two years [7]. One researcher predicts that the burning of Kirindy forest will result in Madame Berthe’s lemur extinction within the next few years [7].

So, what can be done? The dual crises of underdevelopment and biodiversity loss can be addressed through community-based conservation. Community-based conservation puts stewardship of natural resources into the hands of local communities and empowers them to improve their lives and the lives of nearby lemur populations simultaneously. A great example of this is the Anja Community Reserve in south central Madagascar. Although the central plateau of Madagascar has been mainly converted to agricultural land, forest and woodland fragments remain, such as this Reserve. 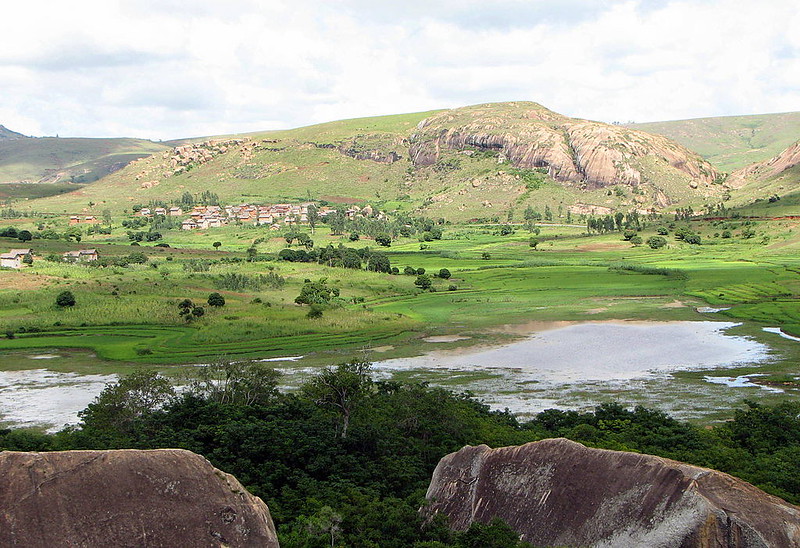 The Reserve was formed in 2000 when the community recognized that deforestation was leading to the desiccation of arable land and crop failures [8]. It has since been internationally recognized for its success. The Reserve is operated solely by a community-level association that uses funds from ecotourism to expand forest fragments containing ring-tailed lemurs. Profits also go to community development, tree nurseries to offset the need for wood fuel, and small scale agriculture and fishery activities [8]. Anja has existed long enough that we are beginning to see the results of its conservation and community development efforts. Forest fragment sizes have increased, and Anja has one of the largest populations of ring-tailed lemurs in the central plateau, with over 300 lemurs [8]. Crop yields in the area are higher than before because reforestation has improved water security [9]. Since the reserve is operated by a local association, ecotourism profits and international prize money they’ve received has also gone into increasing well-being and education throughout the community [8].

Conservation in Madagascar is a complex subject that involves a lot of different threats, stakeholders, and strategies. While ecological and biological data on lemurs should be used to inform conservation decisions, it is important to recognize as a conservation biologist that these decisions must be shaped by the people most affected by them. Helping people helps lemurs when poverty and instability are inextricably tied to habitat destruction. Long term conservation success requires collaboration with Malagasy people and shifting the power to manage their natural resources into their own hands. A better future for Madagascar lies in empowering Malagasy people to protect their resources against extractive industries.

[4] Hodal, Kate. “Children as young as five make up most of Madagascar’s mica mining workforce.” The Guardian (2019).