“Many primates use alarm calls to alert other members of their group to potential predators. But how specific and effective are these alarm calls? What risks come with sounding the alarm?”

Imagine this: You are a blue monkey (Cercopithecus mitis), foraging in the canopy with other members of your group, maybe taking a break to nap on a branch or climb to a fruit-laden tree. Suddenly, one individual in the group makes a loud “hack!” sound! You and the rest of the monkeys rush down to tree branches close to the ground and look up, scanning the sky and upper canopy. An eagle flies off in the distance, empty-taloned. What happened? How did these monkeys know what to do when an eagle was near? 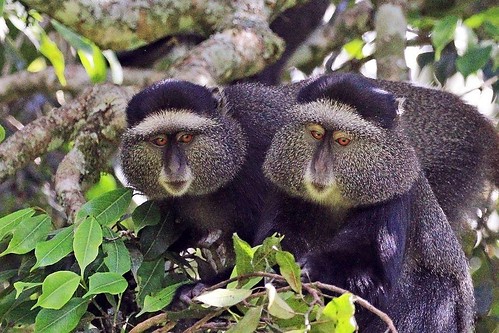 Predation poses a significant threat to primates. Depending on the size of the primate, where it lives, and how it uses its habitat, they can become the prey of crocodiles, snakes, big cats, and even other primates [1]. Though larger primates like great apes face far fewer predation threats, they can still be at risk of predation from big cats: Researchers have observed predation from lions and leopards on chimpanzees in the wild [2]. A particularly common predator of medium-sized and smaller-bodied monkeys are birds of prey. The African crowned eagle actually relies heavily on monkeys as a food source, and with a wingspan of 5-7 feet will hunt prey that weigh up to 40 pounds! 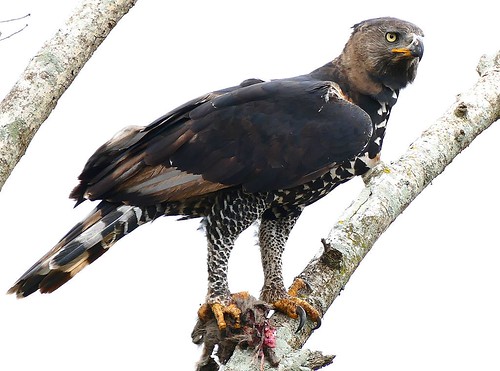 The risk of predation therefore shapes many basic features of primate behavior, ecology, and evolution. Many unique behaviors have evolved in primates for detecting and protecting against predators, particularly in social contexts. Alarm calling is one of the best studied anti-predator strategies in primates, and it exists in most primate species. However, the importance, specificity, and use of alarm calls varies between species. Alarm calls are vocalizations made specifically when an individual detects a predator. This call both conveys danger and spreads detection of the predator to the rest of the social group. Some primates have specialized alarm calls that are unique to specific predators, or are altered based on the distance of the predator from the group. These referential alarm calls allow members of the group to respond to the different types of predator threats accordingly. Other primates that face less predation risk—like gorillas—also have alarm calls, but they are used less often and aren’t as specific. 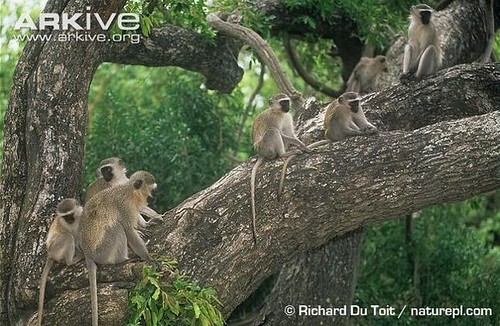 Figure 3. Vervet monkeys use alarm calls with different acoustic structures for snakes, leopards, and birds of prey. Recent research shows that some of these alarm calls sound similar to noises they make during aggressive interactions with each other, suggesting that the context of the call also affects how group members respond to it [4].

Though alarm calls may spread predator detection to the rest of the group, aren’t they also risky for the individual giving the alarm? By making a noise loud enough for the rest of the group to hear, the individual may make themselves more vulnerable to being detected by the predator. Researches explored this aspect of alarm calling by investigating how predator type, elevation, and distance of fake predator noises affect the calling behavior of blue monkeys [5]. The researchers found that males give fewer calls when the threat is greater, such as when potential predators are closer to them. There were also interactive effects between distance and elevation: blue monkeys gave more alarm calls to distant predator cues if it was coming from the ground than if it was coming from the canopy [5]. The authors suggested that call sequences contain information not only about predator type, but also about the distance of the predator and the threat it poses to the group. Fear of eagles and leopard predation may make them not call when they are near, demonstrating that primates may not always sound the alarms if the perceived risk of predation is too high.

Another risk of alarm calling in primates is that individuals in a group may exploit the behavioral responses of their social group to alarm calls for their own gain! How much this actually happens is debatable, but it certainly is an interesting consequence of referential signals. One study of capuchin monkeys found that low-ranking individuals who face more feeding competition for valuable food resources like fruits are more likely to give false alarm calls [6]. These false alarms remove the rest of the group from the area with the valuable food, giving the low-ranking individual less-contested access to the item. The question of whether or not primates can consciously choose to deceive other members of their group is still being explored. There are many questions remaining in the study of primate behavior and anti-predator strategies, and future research will continue to illuminate the complexities of animal communication.

[1] Dunn, Rob. “The top ten deadliest animals of our evolutionary past.” Smithsonian Magazine (2011).