Ferrets did what? The surprising use of ferrets for solving technological problems.

When I say “human animal cooperation” you probably think of horses pulling plows or wagons, or dogs working as service dogs, sled dogs, or hunting hounds (Fig. 1). You might even think of other work animals like camels, donkeys, or oxen. Maybe you even thought of our beloved feline rat-catchers. Regardless which example(s) come to mind it is well established that humans have capitalized on the natural behaviors of other animals to aid our advancement of civilization. 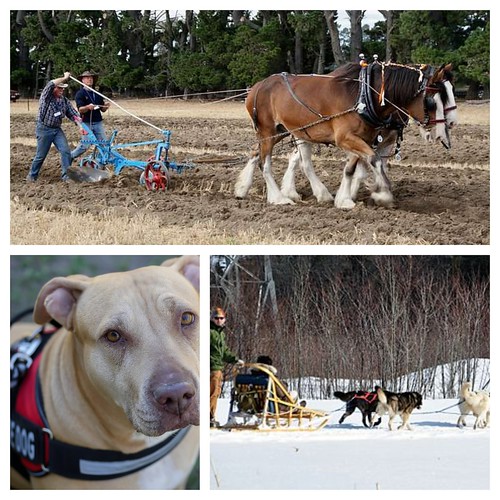 However, I am willing to bet you did not think of Ferrets (Fig. 2). 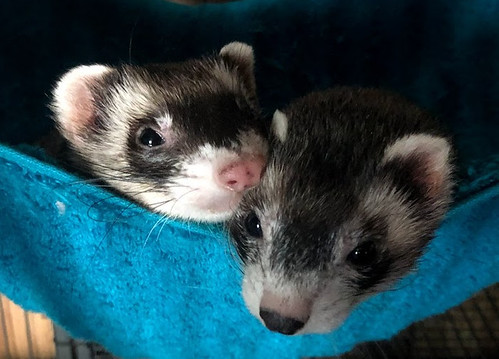 Fig. 2. Photo of River and Sea, my two rescue ferrets cuddling. Can you believe these animals are working animals too? (source: Kate Otter)

Ferrets, as companion animals, are very close to my heart (Fig. 3). I have owned ferrets throughout my life. That said, I was shocked to learn how humans have partnered with ferrets to solve problems. Now I know what you’re thinking… It makes total sense that ferrets can change your life by making you happy and reducing stress, but how could they help solve civilization-level problems? 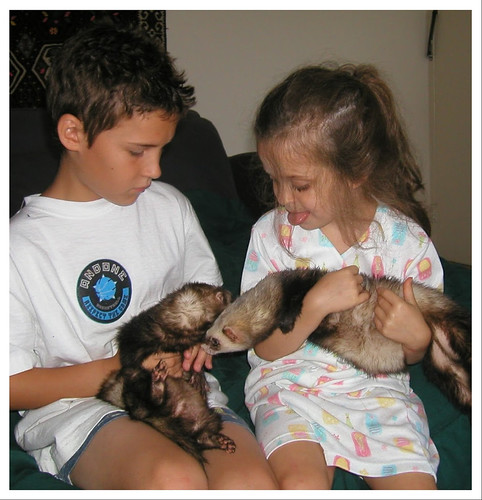 Fig. 3. My brother and I (age 6) holding our first ferrets, Romeo and Juliet. (source: Kate Otter)

Fig. 4. This image is of the teeth and gums of one of my own ferrets, March, when he was 8 months old. Look at those long, sharp teeth! Definitely not a rodent! (source: Kate Otter)

The ferret, Mustela putorius furo, is the domesticated form of the European polecat (Fig 5) [2]. They were domesticated around 2000-3000 years ago to hunt rodents [3]. The ferret’s long slender body and life history of eating burrowing prey and then living in their burrows made them well-suited as rat-catchers (Fig. 6). 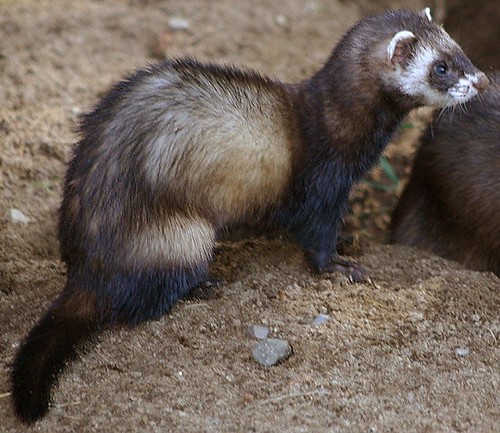 Ferrets, like cats, were working animals on ships that came to the Americas. Once here, they continued to be used for vermin control, until a new way to take advantage of their desire to enter burrows arose. 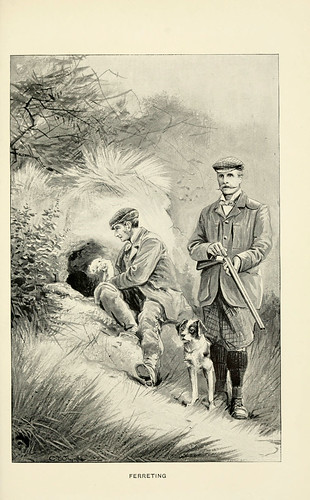 Fig. 6. Drawing from 1898 titled “The Rabbit” by James Edmund Harting showing ferrets used to hunt rabbits. Ferrets would flush rabbits out of their burrows and then the rabbits would be hunted by the dogs and humans. (Source: Biodiversity Heritage Library via Wikimedia commons)

I’m sure you won’t initially believe me when I say that telephones, planes, electrical wires, and the internet may not have reached all over the United States without ferrets. But it’s true! (Or at least it would’ve been far more expensive and time consuming…)

In 1844, President John Tyler approved the plans of Samuel F. B. Morse to create underground telegraphs [4]. (Morse ended up running out of time and forming above-ground telegraph wires, but underground telegraphs soon took off.) This form of communication involved laying cables through long underground pipes. Cable-laying was a time-consuming, difficult and labor intensive job - until someone thought of employing the ferret (Fig. 7)!

Because of their willingness to enter small dark tunnels and the ease of training and/or baiting, ferrets were used to thread ropes through tunnels which were then used to pull cables through conduits. 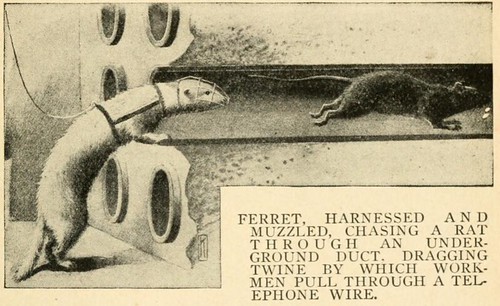 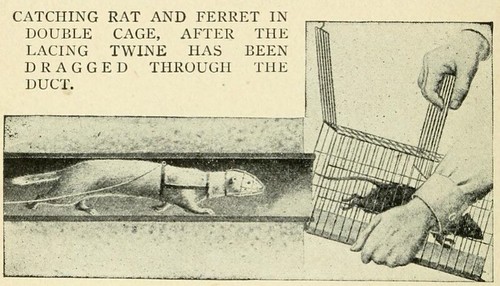 Fig. 7. Original description of how ferrets were used to lay cables from 1915, published in “Ferret facts and fancies; a book of practical instructions on breeding, raising, handling and selling; also, their uses and fur value” by Arthur Robert Harding. Originally, rats or pieces of meat were used to bait ferrets through the conduits. More recently, trained ferrets have been used instead. (source: Arthur Robert Harding via Wikimedia commons)

In 1906 the Wabash Valley Telephone company used ferrets to lay cables through conduits and the Minneapolis Journal stated “One ferret, it is said, will do the work of four men in the laying of cable “[5]. That same year the Home Telephone company was using ferrets in Richmond to string cables through underground pipes and the superintendent told The Richmond Palladium that it would take less than 6 months using the ferret method which was “the best and the quickest.” The Richmond Palladium explained that using ferrets is ideal for this kind of work because of their “willingness to invade small apertures…” and their “extreme thinness and sleekness” which allows them to “traverse small passages” [6].

This use of ferrets to solve technological problems is not just limited to the distant past! In 1971, the National Accelerator Laboratory at Batavia was saved thousands of dollars by a trained ferret named Felicia [7]. In 1999, a team of highly trained ferrets, named Beckham, Posh, and Baby, laid TV, lighting, and sound cables for a concert in Greenwich Park, London [8]. Humans capitalized of the natural instinct of ferrets to go through tunnels earlier that year at the U.S. Space Command at Peterson Air Force Base, Colorado where Misty connected computers through 40-foot pipes riddled with other wires [9]. Ferrets can uniquely deal with old buildings or pipes already containing wires because it does not require the pipes/building to be dismantled.

It is amazing to consider how humans have partnered with animals and used them to great effect to solve problems. We have so much to learn from other animals even as we train them to live in a human-built world. I know that the next time I turn on the TV or read a blog post on the internet I will remember to acknowledge the predators that aided our technological revolution.

[4] “Invention of the Telegraph.” The Library of Congress. Accessed November 7, 2019. https://www.loc.gov/collections/samuel-morse-papers/articles-and-essays/invention-of-the-telegraph/.

« Immunohistochemistry: One man’s illness is another man’s experimental verification method
Archive
Why are some primate infants brightly colored? »