What type of an animal is a sifaka? What makes them unique? And how in the world do you pronounce ‘sifaka’?

When I’m in the field in southwestern Madagascar, walking down the well-worn transects of Beza Mahafaly Special Reserve, it can be hard to miss the presence of sifakas in the forest. I turn a corner and see one just feet away from me in a young tree, chewing placidly on leaves and staring at me with round yellow eyes. Out of the corner of my eye I spot one leaping through the underbrush. In the distance I hear the lonely calls of a sifaka trying to find the rest of its group.

But what are they?

The sifaka is a type of lemur, which are a diverse group of primates limited solely to the large island of Madagascar. The sifaka consists of 9 different species in the genus Propithecus that— despite living in different habitats across Madagascar—all share a lot of features that make them one of the most unique primates in the world!

Sifaka lemurs are incredibly resilient and adaptable to their environment. Some species, like the Milne-Edwards sifaka, live in the rainforest [1], whereas species like the crowned sifaka can inhabit mangroves along the coast [2]. Verreaux’s sifaka (the species at my study site) live in the spiny forest, where a large amount of the vegetation is covered in thorns or spines. Sifaka even inhabit places that at first seem inhospitable to mammalian life, such as hundreds of miles of jutting limestone formations in western Madagascar (known as the Tsingy in Malagasy) [3]. Even here, you can find Von der Decken’s sifaka jumping between the high limestone spires to find fruits and leaves. It’s possible that the thick but incredibly spongy and pliant fingerpads of sifaka lemurs might make living in such rugged habitats feasible, since neither sharp thorns nor jutting rock appear to hurt them. The kinematics of how they leap and land on surfaces might also be the key to their lack of injury [4]!

One of my favorite things about sifaka is how they move around. Sifaka are specially adapted to life in the trees; they use their divergent big toes to cling vertically and their strong, long legs to leap off of tree trunks. In fact, they are so specialized that when they do have to go down to the ground, they are unable to walk normally. Instead, they hop on their two back legs toward their destination, holding their arms out to the side like a tightrope walker! 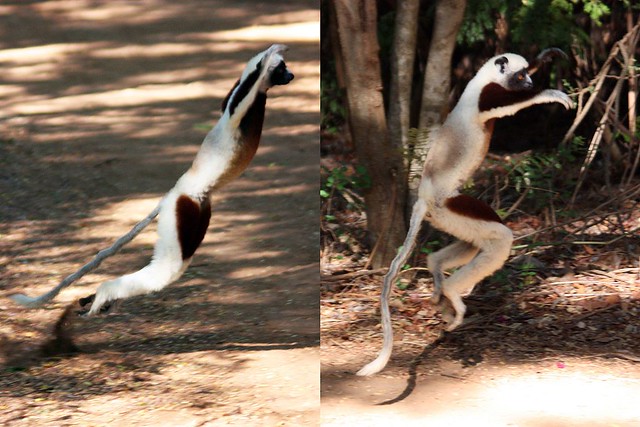 Figure 3. The terrestrial locomotion (or pattern of movement) of a Coquerel’s sifaka. Sifaka leap wherever they go! Photo credit: Charles J. Sharp.

Sifaka lemurs are a fascinating, incredibly unique genus of primates. However, there is still one question I haven’t addressed: how do you actually pronounce sifaka? The name is Malagasy and is traditionally pronounced see-fah-kah, but in the years that I’ve studied primates I’ve heard Shuh-fah-kah, see-fahk, and even shuh-fahk as equally viable options. There are almost as many pronunciations as there are sifaka lemur species!