“What are the implications of a male dominated field for women, whether they are in that field or not?”

I am incredibly lucky to be a woman in science. I get up every morning, put my hair into a ponytail, and go to the lab where I work all day surrounded by women. The Principal Investigator (PI) of the lab is a woman with a one-year-old baby, the post-doc is a woman, the lab tech is a woman, and the undergraduate researchers are women. This is the life and the career that I’ve always wanted. But despite the environment I work in, I find myself questioning if science really is for women. 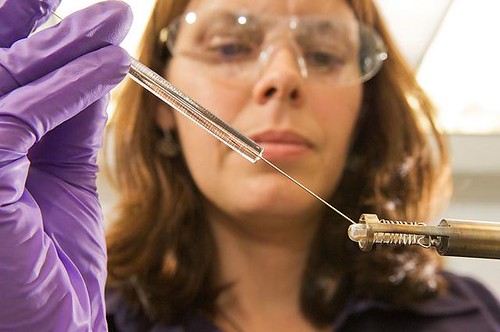 Figure 1. This female scientist, Jennifer Eigenbrode, was featured in an article written by GrrlScientist, also found in “The Guardian” for her discoveries related to sample preparation of Mars rocks [4]. (Source: Chris Gunn, NASA/GSFC)

Had I been born before this era of empowering women in STEM and other historically male dominated fields, it would have been quite a battle to get where I am today. Even in the twenty-first century, when I was in grade school asking female role models of mine how to get involved in research like they did, I was discouraged. One female PI told me that I should focus on a different career because I am “young, pretty, and would want to have children.” She said that research is dirty and dangerous, and that the lab is not a good place for a girl like me. This happened in the modern day, in which there are national initiatives to encourage women to get involved in research and yet we encounter “advice” such as this.

While my experience is unfortunate, it is also indicative of a more endemic issue: research today is not designed for women. And I’m not just talking about women like me who are conducting experiments every day. I’m talking about the actual scientific discoveries being made — they often don’t apply to women. As I mentioned earlier, lab work has historically been a man’s job. Because female organisms have hormonal cycles, I’ve encountered researchers (generally male) who came to the conclusion that females are more difficult to study, and thus not worth the hassle. These male researchers decided that females are too temperamental and the similarities within a species are probably sufficient to apply whatever findings we make in male organism studies to females. This decision to primarily conduct research on males extended from mice to men.

Figure 2. The estradiol cycle shows hormonal fluctuations across a period of time. Similar hormonal cycles can be observed in many animals that humans study such as the female rat with her estrus cycle. (Source: Drguttorm, Wikimedia Commons)

Fast forward to the modern day. STEM fields are still dominated by men but it has become much more acceptable for women to be at the lab bench. In fact, when the psychological sciences, biological sciences, and sociology are clumped together, there are almost equal numbers of males and females achieving all levels of degrees in these fields [5]. Additionally, women and men who are qualified and looking for jobs in these fields are employed at comparable rates [5]! The discrepancy in employment seems to be coming from women with family obligations choosing to either stay home or work part time, while men do not list family obligations as primary responsibilities and work full time more often than women [5,6].

But I digress, back to their research! There have been multiple discoveries regarding sex differences since researchers have begun to run experiments on both males and females. Dr. Patty Brennan at UMass Amherst (where our blog is run) has received quite a lot of publicity for her discoveries about female genitalia that opened up studies of sexual selection to both males and females [7]. Not only do most researchers today include both males and females in their studies, but some even design their experiments to determine if males and females differ in outcome. In even more optimistic news, there are now conferences such as “Scientista,” which I attended last Spring that encourages women to persevere in STEM and provides us with specialized tips and training on succeeding in the field. The sex imbalance in STEM motivated me to join the ranks as a female biology PhD student despite the discouraging advice I recieved years ago because we need science to be for men AND women. This is the topic that I am incredibly passionate about and have designed my dissertation around.

Since introducing male/female comparative studies into mainstream research, scientists have discovered that there actually are biological differences between males and females, aside from their hormones and mating behavior. In one example, researchers found differences in cell number in certain parts of the female and male brains [1,2]. My research is all about figuring out if those physiological sex differences produce a behavioral sex difference. I determined from my experiments that they do!

So, if there are sex differences in physiology and behavior, shouldn’t we develop drugs by testing both males and females to ensure that they will be effective for both sexes? Because most experiments have been conducted without sex comparisons at the molecular or cellular level (more cells in this region of the female brain than the male brain), the experiments then advance to the behavioral level (how this imbalance might affect attention, memory, etc.) either only in males or by assuming similarities without experimental confirmation. Once we move beyond behavioral experiments in various species, be it rat, monkey, zebrafish, etc. they progress to human clinical trials. Even at the human behavior level, females are widely excluded from testing because of the possibility of pregnancy [3]. This means that once a treatment passes clinical trials and hits the market, it still might not be well understood how women who take this drug will respond to it at any level.

My own research is attempting to address some of these inadequacies. Women are taking drugs to improve their quality of life with an extensive list of side effects and no promise that the treatment will actually be effective. My goal is to gain a better understanding of molecular sex differences to increase the specificity and effectiveness of one treatment for males and one for females. I’m trying to find out if there are ways that we can make behavioral treatments such as Ritalin for ADHD more effective for females. As a woman in research, I know that society will benefit from females included at all levels of experiments, from the researcher conducting them to the organism they are working with.