What to know about the major impacts of climate change on our health and safety, and what we’re doing to limit them.

Climate change will undoubtedly affect many aspects of our lives as temperatures rise, rainfall becomes less predictable, and our atmosphere fills with greenhouse gases [1]. It’s important to understand some of the major ways climate change will impact human health and safety, and what we’re doing to prepare for the changes yet to come. 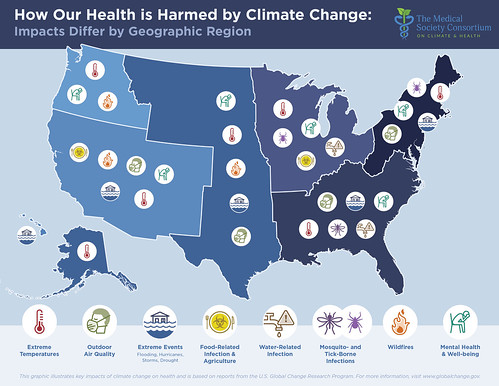 Long-term changes in climate averages, such as temperature, have significant impacts to consider. But changes in the variability of climate-driven events within the short-term often lead to greater damage and death. So what are these climate extremes? Large fires, hurricanes, floods, droughts, and heat waves are climate related events that are predicted to increase in frequency and magnitude as the climate changes in the coming decades [1]. An increase in heat waves, decrease in cold snaps, and more frequent coastal flooding are particularly troubling as global temperatures increase and sea levels rise [1]. For example, heat waves have been linked to cardiovascular health and respiratory sickness [2] and cold snaps are linked to larger pest outbreaks. Coastal flooding can destroy homes, pollute water bodies, and disturb habitat for native organisms, providing an opportunity for weedy plants and pests to take over [3].

Not all parts of the world will be equally affected by these extremes (Figure 1). Countries in temperate regions, characterized by mild temperatures and seasonal rainfall, are warming faster than other parts of the world [2]. People in these regions are thus more vulnerable to the direct impacts of climate extremes. Additionally, those of a lower socioeconomic status may be ill equipped to rebuild their homes and start over following losses due to extreme events. We all contribute to climate change, so it’s important to remember that no matter the impacts in your region, collective solutions can benefit everyone, especially the people and wildlife that need our help the most.

Not only do extreme events directly impact human health, but they have severe consequences that feedback into our welfare. Aspects of the climate, such as cold snaps, spring temperatures, and precipitation, are some of the primary controls on the size of insect populations and the area they occupy [4]. Changing climatic cues will affect many major diseases in the United States that are carried by ticks, mosquitos, and fleas (i.e., vector borne disease). Not only do temperatures affect the seasonal abundances of these species, but also their ranges across the U.S. and the development of the pathogens they carry, which need a specific temperature range to mature [4,5]. For example, insects from the South are able to move farther northward as temperatures rise [4]. As a result, new areas of the U.S. may face disease outbreaks and greater numbers of insects than were historically present. Luckily, this will not be the case for all vector borne diseases, as some insects will leave their current ranges in search of more suitable habitat elsewhere. Additionally, extreme warm temperatures may actually inhibit some pathogens from developing [5]. Many consequences of climate change are disease- and region-specific, and it’s important to know what the impacts will be in your area. 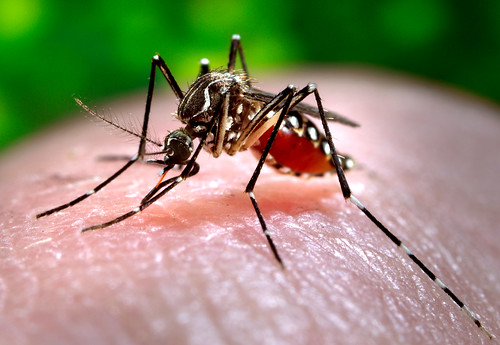 Not only are insect ranges shifting with climate change, but crops’ current growth zones are also changing because of variable precipitation and temperature extremes brought on by climate change [6]. While that may result in the loss of some crops, climate change may also provide an opportunity to produce food in regions that were previously too cold or too dry to sustain fertile agricultural systems. Interestingly, higher levels of CO2 have been shown to favor plant growth and productivity in some crops, but these changes simultaneously increase the growth of weedy species farmers already spend huge sums of money fighting off [6]. As a result, agricultural systems will likely require even more management (e.g., irrigation and pesticide-use) to sustain our global population. It’s again important to remember that the impacts of climate change will be crop- and region-specific, but according to the Environmental Protection Agency (EPA), we must prepare for food prices to increase and the nutritional value of some foods to decrease.

Many of these impacts seem dire, especially with the rate at which the climate is changing and how helpless we sometimes feels in our efforts to slow it. However, our ability to adapt, paired with proactive planning and policy, might give us a better chance to fight some of the negative impacts of climate change. For example, Boston, and other coastal cities, have begun to create buffer zones along coastlines to absorb influxes of water from sea level rise and extreme flooding events (Figure 3) [7]. Natural resource managers in different climates have also begun sharing information about pest management and monitoring regularly for new pest introductions. If we adopt these types of proactive strategies, we might have an opportunity to cut off range shifting pests and disease carriers before they cause harm in new places. Additionally, predictive tools such as those forecasting heat waves or heavy rains, might allow us to anticipate insect and disease outbreaks so that we’re prepared to manage them before they become catastrophic [5]. 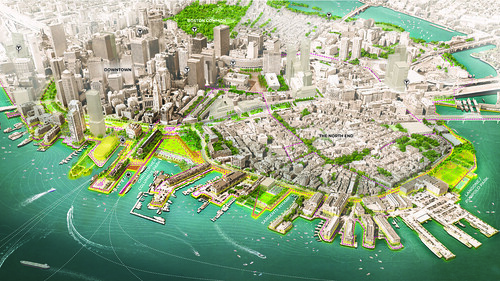 Many of these plans come from amazing teams of scientists testing new strategies for climate adaptation. In addition to living a sustainable lifestyle, supporting scientific research, knowledge sharing, and collaboration is more important than ever. Adapting to climate change does not have to be hopeless, and we must continue exploring new strategies for mitigating climate impacts.

« So Many Choices… The Challenge of Selecting Trees for the Urban Environment
Archive
Tales from Trails: Field Dispatches from Africa »