When the way fish look remind us of another animal, why not name them that way? You can decide for yourself whether these fish really look like a lizard, hog, or frog!

Sometimes land animals are muses for scientists faced with naming fish species. In some cases the comparison makes sense, and in others… not so much. Here’s a few fun examples we’ll look at today: lizardfish, hogfish, and frogfish (not to be confused with toadfish!). 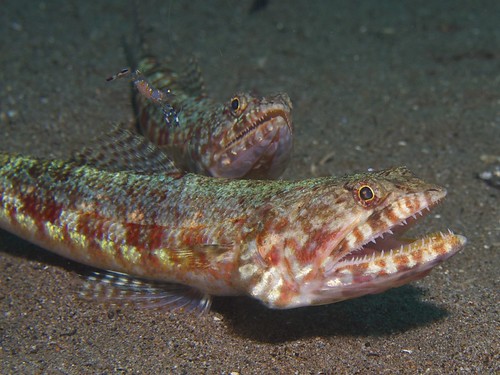 Lizardfishes resemble lizards in several ways, including their long bodies, patchy coloration, and toothy grins. Unlike most fish you’re familiar with, they use their pelvic fins to rest atop sand, or burrow into it, waiting for an unsuspecting prey item to come by [1]. They are voracious predators, utilizing their wide mouths and tooth-lined tongues to attack prey up to half their body size. I think they would likely eat a real lizard if it ever happened by!

Special bonus: a deep-sea lizardfish that will be sure to haunt your dreams! 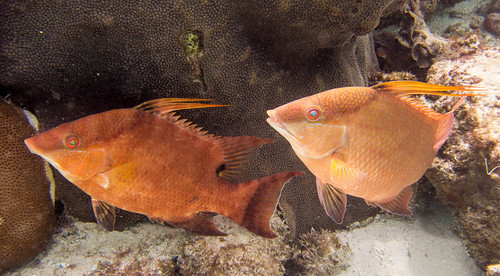 Figure 3. Two hogfish swim by a reef; their noses precede them! (Source: David)

You may have noticed the oddly long faces on these fish. Their long snout has been described as pig-like, especially because they use this protruded mouth to root around the ocean bottom to find food [2]. When they find tasty morsels, like crabs, mollusks, and sea urchins, they utilize their strong jaws to crush their hard-shelled meals!

Can you spot the frogfish? 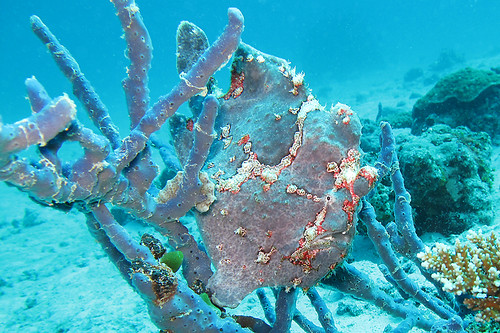 Figure 4. Master of camouflage – look first for the mouth, and then the eye. Do you see it now?! (Source: Oriolus).

How about this Hairy Frogfish creeping over the sea floor… looking similar to a frog-like blob of algae? 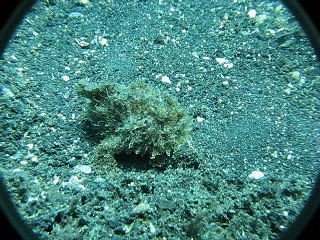 This one isn’t as camouflaged, but its fins certainly look more frog-like! 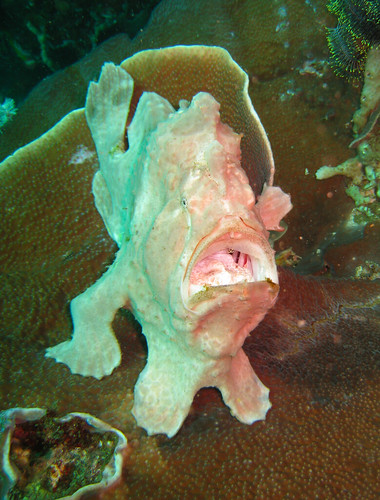 Figure 6. Reveling in her photogenicity, the frogfish is caught unawares as she makes her way across a coral plate (Source: jon hanson).

Frogfish are actually angler fish with an incredible ability to camouflage themselves [3]. They can mimic the color and texture of the item they hide on, with some species specializing in sponges, others in coral, and even kelp! While they can swim, these fish can also walk along the bottom with their large pectoral fins which resemble webbed feet. They are patient predators; when a prey item comes close they wiggle their lure in imitation of small prey animals, like a snail. They can then use suction feeding to suck in prey even larger than themselves!

If you are still curious or intrigued, there are many more fish out there to investigate, including toadfish, scorpionfish, and alligatorfish!

« A Peanut A Day Keeps the Allergist Away
Archive
Things That Glow Pink in the Night: Why do some animals have fluorescent coloration under ultraviolet light? »