Science-up your everyday life with some kitchen microbiology, starting with the secret lives of microbes in sourdough!

Often when people think about microbiology, they think about disease causing bugs. However, microbes can be useful, promote health, and make food for us. Like many other microbiologists I too spend my days in lab studying bacteria because of their ability to cause disease. But when I get home from lab, I don’t stop being a microbiologist – I transform into a food microbiologist. My kitchen becomes my lab and instead of test tubes with bacteria I have a mason jar with a sourdough starter in it! In fact, the microbes living in there are just as complex and interesting as anything you could grow in an academic lab! Kitchen microbiology is one of the main reasons that I decided to become a microbiologist in the first place. Growing up, we had cats and dogs, and we had one more pet: my mom’s sourdough starter (before it was cool…). She had maintained the same one for a whopping 16 years! From a very early age I was aware that in this jar was a collection of some odd living bugs that were doing something (I had no idea what), and somehow, we had fresh delicious bread every couple of days. The fact that microbes have the ability to create food for us really left an impression on me and made me want to know more about this group of powerful little creatures. 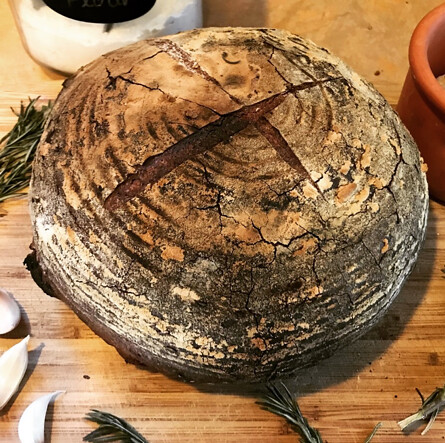 Fig 1. One of my many sourdough creations. Luckily, the bugs don’t seem to mind when I throw some garlic and rosemary into their ecosystem. Source: Emily S. Melzer

Who lives in the mason jar and how do they make bread?

Sourdough starter is a consortium, or a group of different bugs living together and sharing resources. A typical starter includes both yeast (like ordinary baker’s yeast, or brewer’s yeast as well as “wild” yeast) and bacteria (such as lactobacillus, which you might have noticed is found in your yoghurt). Lactobacillus belongs to a group of bacteria called Lactic Acid Bacteria (LAB).

Species that fall under this category produce the tart compound that gives yoghurt and sourdough their distinct flavor. While the bacteria and yeast communities both break down the sugars in the flour-water mixture, the products they produce as a result are different. The bacteria produce acidic compounds that contribute to the unique taste of the bread, and the yeast produce carbon dioxide, which is the cause of the bubbles in your sourdough, and the reason it is “spongey”. Both of these processes are considered fermentation. The biochemical reactions that take place in the jar, during the rise, and finally, in the oven, are both numerous and complex, but these bugs have become experts at them. This is because for the microbes, fermentation is how they get their energy in order to survive and propagate.

Fig 2. There are different types of sourdough fermentation processes. Source: [1]

Where did they come from?

There are many ways to start your own culture AKA sourdough starter. One option is to purchase a freeze-dried starter that you can mix with dough. Another easy way is to use produce that has microbes already growing on it as your source – grapes and potatoes are commonly used ones. I actually got my starter from my mom. The beauty of a sourdough starter, just like a culture in the lab, is that as long as you feed it, it will keep growing pretty much indefinitely. You can take a little bit out of your original starter – to give to a friend or use it to start a loaf of bread, and then feed the remaining original starter to maintain it for next time. I’ve shared my starter with lots of people around me, so you might say that my friends’ and family members’ starter microbes are now cousins of my starter microbes! If you’re interested in starting your own sourdough (while also becoming a food microbiologist), you can either look up a recipe online for how to start your own or ask around, maybe someone you know has a starter and can give you a one-time gift that will keep giving as long as you provide it with food and drink. 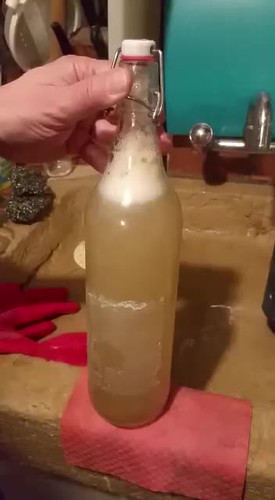 Movie 1. Home fermentation can be really effective! This is a bottle of ginger beer made by my mom – 100% of the carbonation you see is the result of her yeast and bacteria consortium working hard to ferment. Source: Erica Melzer

Is it fun living in that environment?

Who wouldn’t want to live in a home essentially made of dough, right? Turns out life in sourdough can be really stressful. Firstly, due to lactic acid and other acids produced by the bacteria, it can be an extremely acidic environment. By the end of the process, the pH of the sourdough might be so low that enzymes required for fermentation are inactivated. Competition for nutrients can also be a real struggle: carbohydrates are in limited supply, and unfortunately for the bacteria, yeast take up a lot of the amino acids floating around, leaving little available. The yeast cells have it tough as well, they are usually outnumbered by lactic acid bacteria with 10-100 times more bacteria than yeast cells. Oh, and let’s not forget there’s also limited oxygen for all these cells! [1] This environment sounds less than ideal. But luckily for us, the bugs have no choice but to ferment, which means that we get to enjoy the products of their strife. 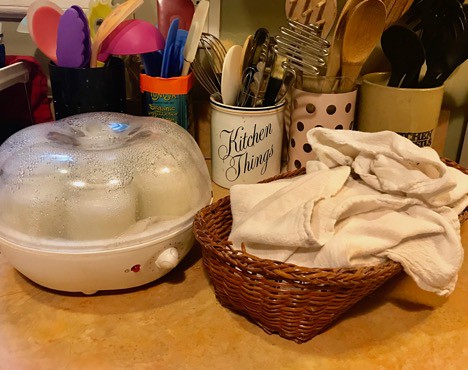 Bread is only one of my kitchen microbiology projects. In our household we also ferment our own vegan nut cheese and yoghurt as well as make our own beer and ginger beer. The use of microbes in home kitchens is making a huge come-back and increasing rapidly, and the internet is overflowing with recipes for kitchen microbiology projects like Kombucha, beer, and kefir. Fermenting at home is a fun and easy way to introduce some science into your everyday life while enjoying its delicious products, and as long as you can follow instructions, anyone can do it!

« Who’s Got the Biggest Genome of Them All?
Archive
Pipettes and Paintbrushes 2019 »