My neuroscientist friends at UMass Amherst and I led a workshop with Girls Inc. to encourage curiosity among local middle school girls.

What did I do last summer? Well, a whole lot of research. I was chugging along with my thesis project as a rising second year student in the Neuroscience and Behavior Ph.D. program at UMass Amherst. But I also took time to do science education outreach with Girls Inc.

Girls Inc. is a program in Western Massachusetts for girls aged 5-18, with the mission “…to inspire all girls to be strong, smart, and bold by providing them the opportunity to develop and achieve their full potential.” [1] They partner with UMass Amherst STEM students in a summer intensive program called “Eureka!”, which the girls follow up with throughout the school year as well. Eureka! continues for five years from the summer before the girls start eighth grade until they graduate from high school. The idea is to help young women receive mentorship, inspiration, and education on the road toward careers in STEM.

As this is a multi-year program with a history of working with UMass Amherst graduate students, we also have a TLS blog post from two years ago when the students worked with the Plant Biology program, linked here: http://thatslifesci.com/2016-10-16-Science-Outreach-Inspiring-all-girls-to-be-strong-smart-bold-with-Plant-Science-AllanPerkins/. But this summer was all about the brain.

We asked the girls to rotate through four stations, including a sheep brain demonstration (Fig. 1), live neural recording, beanbag synapse game (Fig. 2), and creating the optimal animal exercise. In the sheep brain demonstration, the participants had the chance to touch and dissect a real sheep brain. They learned what behaviors and functions some of the different brain regions regulate. This station has been particularly empowering for young women to overcome fears and previous misconceptions by handling brains themselves, all while wearing proper personal protective equipment of course! 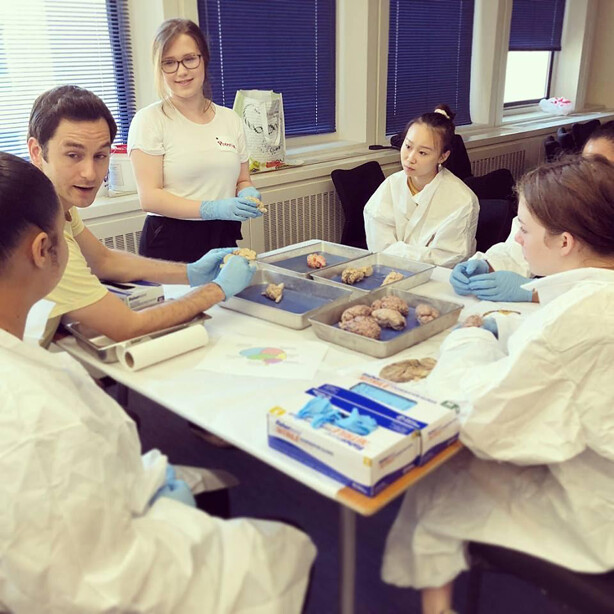 The live neural recording station might have been the coolest part of the day. One of the graduate students, Kyle Kainec, used himself as an example and was able to show the young women his own neural activity! They were able to observe a baseline reading of his neural signal in real time and how the signal changes when he blinks.

During the beanbag synapse game, another graduate student, Sarah Winokur, and I explained how neurodegeneration in diseases such as Alzheimer’s and Parkinson’s leads to a lack of function where there once was. We asked the girls to toss neurotransmitter beanbags to their receptor friends and when there were fewer participants tossing neurotransmitters, the signal and response was weaker. We then introduced drug beanbags that mimic our natural neurotransmitter response and observed how the signal and behavioral response can be restored. 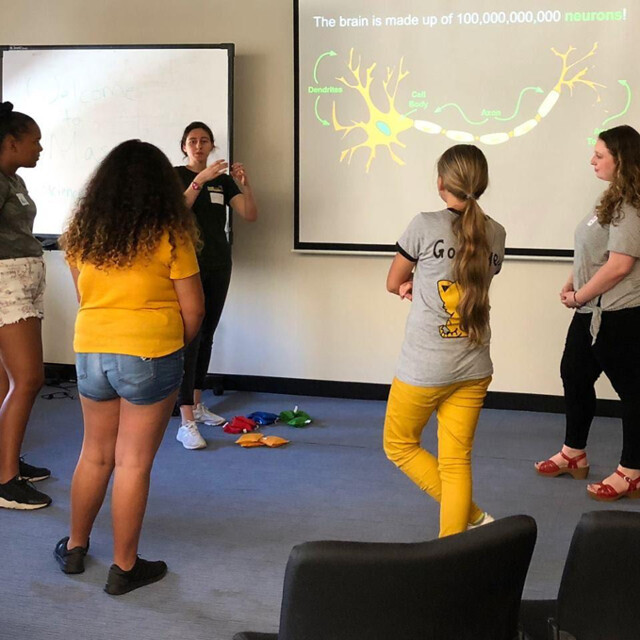 Figure 2. Here another Neuroscience and Behavior graduate student (Sarah Winokur) and I are explaining interneuronal communication with a beanbag game.

Finally, the young women participated in a creative exercise in which they imagined an optimal organism. This station was meant to utilize what they learned with us in conjunction with their previous knowledge about nature and various organisms to foster inventive thought and creativity. Many girls chose to collaborate with each other at this station and create a bat-like organism, as they have many abilities that humans do not, and therefore seem more optimal than us.

Overall, our goal was to empower young women to be passionate and involved in STEM fields. We gave them some tools to be more courageous in situations that might gross them out, inquisitive when observing completely novel phenomena that pertain to their own bodily function, knowledgeable about processes that control their behavior, and inventive when considering the world around them. A fun day of neuro-exploration indeed!

« If Only There Were a U.S. Census Question About Biodiversity…
Archive
New Culture, New Microbiome, New Problems »