As the winter holiday season approaches, will you be decorating with this festive parasitic plant?

Snow and ice crunched beneath our boots. Twigs snapped in the jaws of my friend’s ‘ferocious’ Labrador, Quest, as he danced around us on the trail in the way that truly ‘good boys!’ do. A winter hike with friends was exactly what I needed to clear my head.

As we came around a bend in the trail, my friend pointed out some mistletoe. Oh wow, I thought, I’ve never seen wild mistletoe before. “I didn’t realize it grew as a shrub!” I exclaimed to the group.

“It doesn’t,” chimed Kyle and Ryan simultaneously. I tilted my head to the side in a questioning look; I realized a moment too late that Quest and I had matching curious expressions.

And that’s how I learned that the plant hung up at office holiday parties, the same plant that decorates the kitchen beam of your mom’s house inspiring Grandma’s yearly cheek kiss, actually grows into the tissues of other plants and sucks the water and nutrients out of them [1,2]. Super cheery and romantic, no? 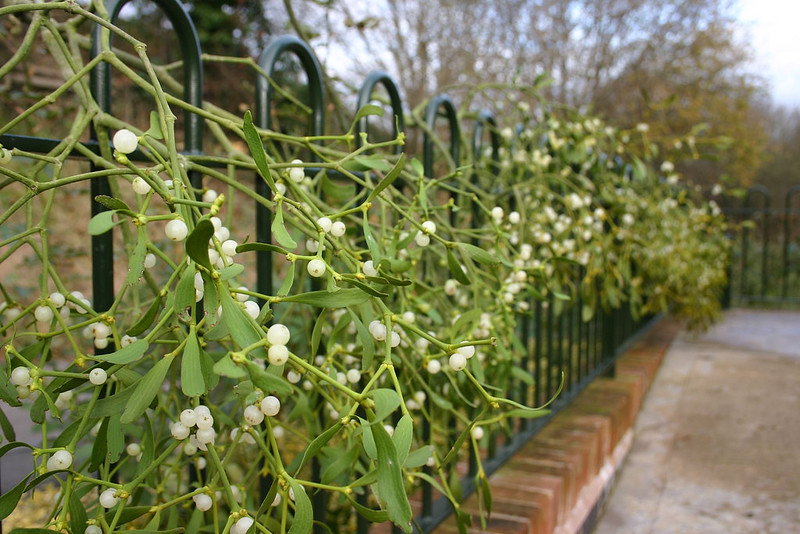 Mistletoe is actually the common name for a whole group of evergreen parasitic plants. The largest family of mistletoes has over 900 species [1]. They aren’t the only parasitic plants out there – over 3,000 plant species are classified as parasitic, and parasitism in plants has evolved at least 12 separate times [3]! As of 2017, scientists estimated that there is a grand total of approximately 391,000 plant species on earth [4]. While parasitic plants make up less than 1% of total plant diversity, the fact that parasitism has evolved on multiple independent occasions indicates it must be beneficial to prey on fellow plants. 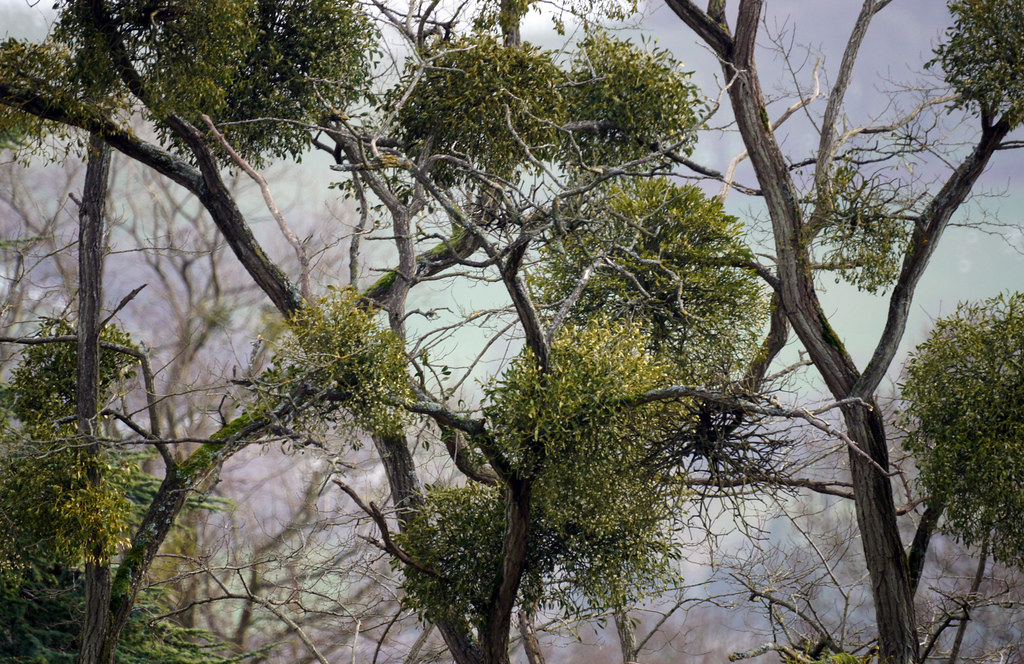 Plants typically gain nutrients from the soil through root structures, or by associating with fungi that help with nutrient absorption. According to Heide-Jørgensen’s delightful book, Parasitic Flowering Plant*s, only plants that physically invade other plant tissues for access to nutrients are parasitic. For example, *Monotropa uniflora, or Indian pipe, does not qualify for the parasitic plants club. It lacks the ability to photosynthesize (make energy from carbon dioxide and water) but it uses fungal associations to gain nutrients, rather than relying on another plant’s tissues [1]. 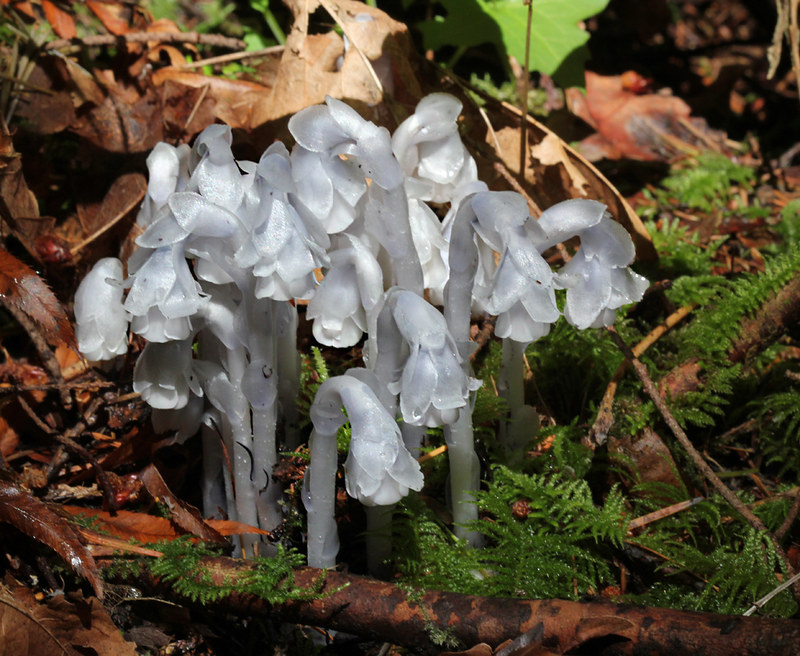 Figure 3. This Indian pipe is NOT a fungus, and it’s NOT a parasitic plant. It –is- a plant that associates with fungus to get nutrients. Photo by Lynette Elliott (Flickr) (https://tinyurl.com/y99l4lbc).

Truly parasitic plants can gain all, or just some, of the nutrients from their host plant. They can be difficult to recognize, because while some parasites attach when their seeds grow into branches (like mistletoes)[5], others can attack at the roots of their hosts. Their entire structure remains unseen until they flower directly out of the host [1], like something out of a scifi movie. 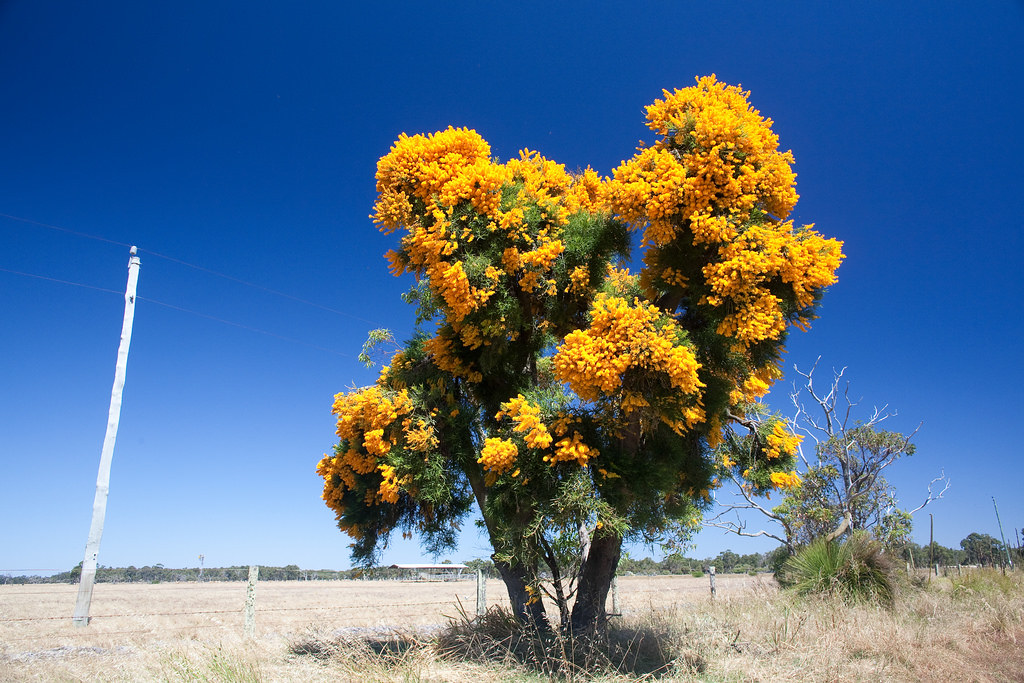 Figure 4. This parasitic plant blooms during the Christmas season in Australia, so it is known as the Western Australia Christmas Tree. Photo by belpo (Flickr) (https://tinyurl.com/y9lt72c7).

Parasitic plants that can photosynthesize for themselves are called hemiparasites, while those that lack the necessary pigment for photosynthesis (chlorophyll) are classified as holoparasites [1]. There’s so much diversity in how these parasitic plants look, it’s no wonder they are able to hide in plain sight. 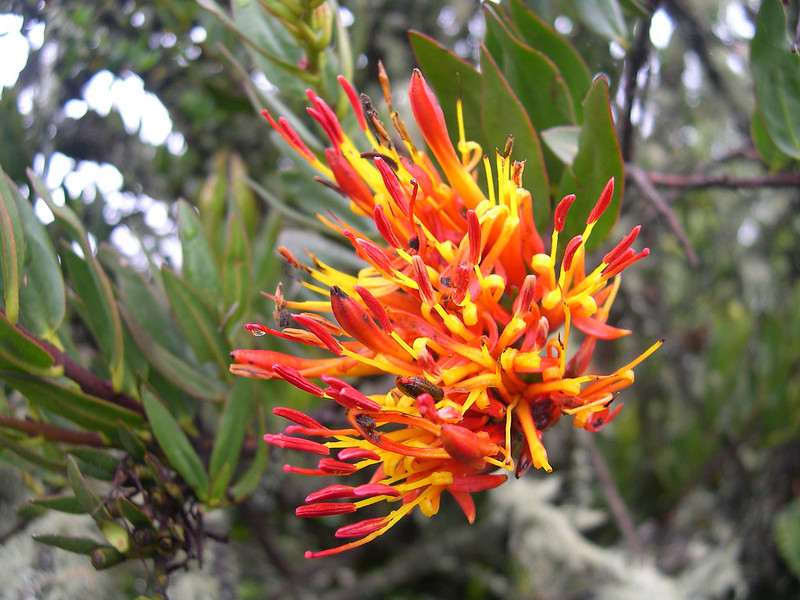 Figure 5. This parasitic plant belongs to the diverse mistletoe family, and is pollinated by hummingbirds! Photo by QC (Flickr) (https://tinyurl.com/y77haedj).

There are a variety of mechanisms that parasitic plants use to “find” their hosts. Plants that produce fleshy fruits, like mistletoes, have close relationships with birds that deposit their seeds via fecal droppings [5]. Other parasitic plants, like dodder, can detect chemical cues emitted by their hosts and will grow towards them [7]. Once they’ve reached an ideal host, they connect to the host’s tissues via a specialized structure called a haustorium [1], and then the nutrient stealing can begin.

So if you find yourself standing underneath the mistletoe this holiday season, just remember that cheery little bundle sucked the life-giving nutrients out of one of their distant relatives in order to survive. 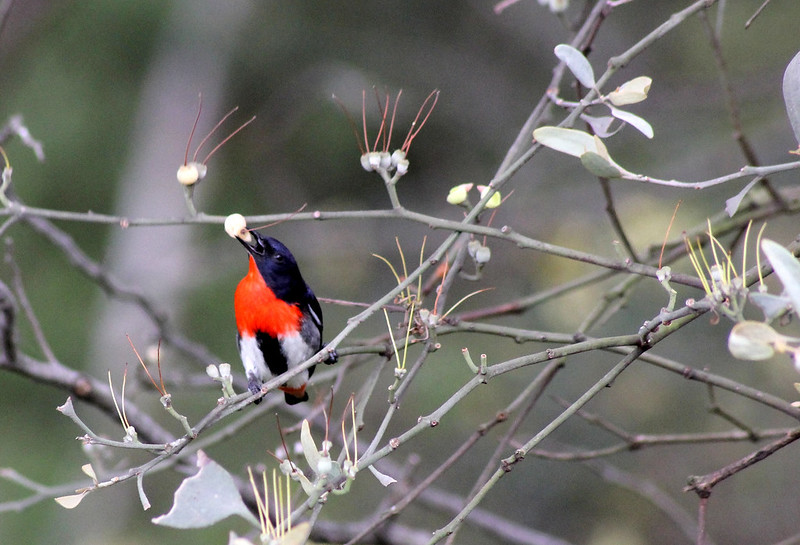 Figure 6. This aptly named Mistletoebird is foraging on a mistletoe. Photo by PsJeremy (Flickr) (**https://tinyurl.com/y976xz4**b). 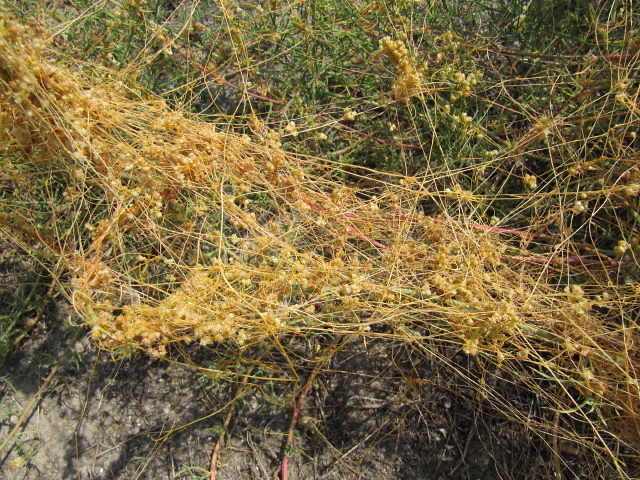 Figure 7. This species of dodder can find new hosts via chemical cues, and once it latches on with its haustorium its own roots die off. Photo by Leonora (Ellie) Enking (Flickr) (https://tinyurl.com/y823ork3).

« Sleeping One Hemisphere at a Time
Archive
If Only There Were a U.S. Census Question About Biodiversity… »