Fungi are fascinating! You can find them just outside your door, and some wild varieties are edible. But be careful - these decomposers can be deceptive!

There is a world of fungi out there beyond the shiitake and portobello mushrooms you see in the grocery store. Fungi are a weird group of organisms that aren’t quite plants or animals, and mycologists who study these strange creatures are often just as eccentric. Many people enjoy searching for fungi in their free time, and one great way to do that is to take a hike! Fungi can be found everywhere in the forest, if you know where to look.

One great perk of mushroom foraging is finding some you can eat. There are many edible varieties, including chicken of the woods, morels, and chanterelles. Some of these decomposers can be quite beautiful with bright colors and interesting shapes. However, be careful to avoid confusing these with some not-so-edible relatives. 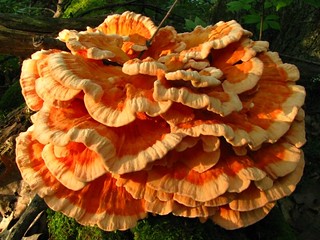 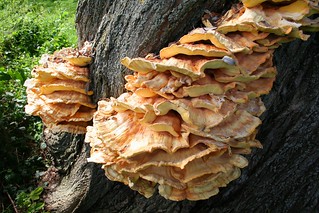 Figure 1 Chicken of the Woods is usually an edible mushroom with bright yellow-orange color and pores. The variety most commonly found in northeastern North America (pictured on top) typically grows on oak trees. However, the variety pictured on the bottom is typically found in western North America and grows on conifer trees, like pines. Although these are edible, some people have allergic reactions and gastrointestinal problems from eating these mushrooms, so proceed with caution. They also get less tasty as they age [1]. 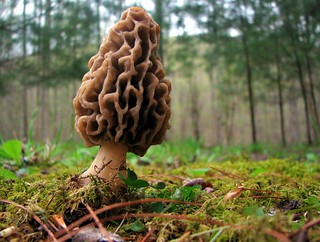 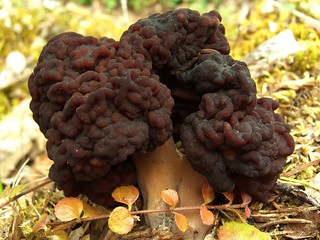 Figure 2 Morels (pictured top) are another variety of edible mushroom. False morels (pictured bottom) look very similar to true morels, however false morels can cause vomiting, diarrhea, and even seizures due to a toxin it contains [2]. 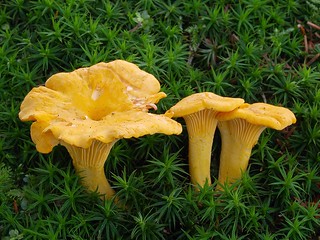 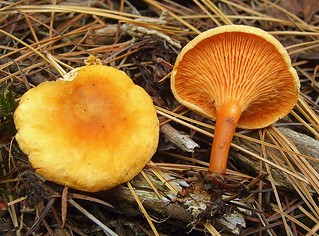 Figure 3 Chanterelles (pictured top) are highly prized by mycologists as one of the most delectable fungi. The toxicity of false chanterelles (pictured bottom) is debated, as some say it is edible but not tasty while others say it has a toxic compound called arabitol, which results in gastrointestinal distress [3].

While some non-edible mushrooms just might taste a bit off, others are incredibly toxic. One such mushroom is the Amanita. One species of this beautiful mushroom, aptly nicknamed the “Death Angel” causes gastrointestinal problems and ultimately death if consumed [4]. 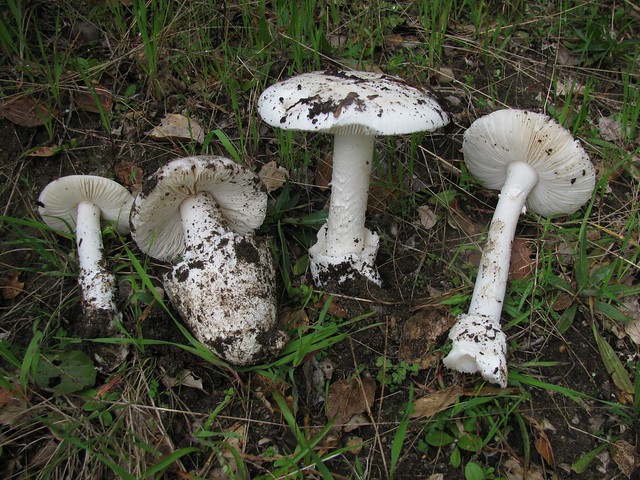 Figure 4 The “Death Angel”, Amanita ocreata, shown in a few different life-stages. This mushroom can cause gastrointestinal problems as well as jaundice, seizures, coma, and eventually death. Current treatments include drug therapy and liver transplantation, however an effective treatment has not yet been developed [4]. If you see a “Death Angel”, admire it from a distance!

You might have to look a bit closer to see some fungi. Instead of forming large mushrooms, many fungi form a cup-like structure called an ascus. One of my favorites is the “eye-lash fungus” with its hairs surrounding its little cup that make it look similar to an eye. This fungus isn’t edible and they are usually very small (smaller than a penny). With its minute size, you might overlook this very interesting little fungus on the forest floor. 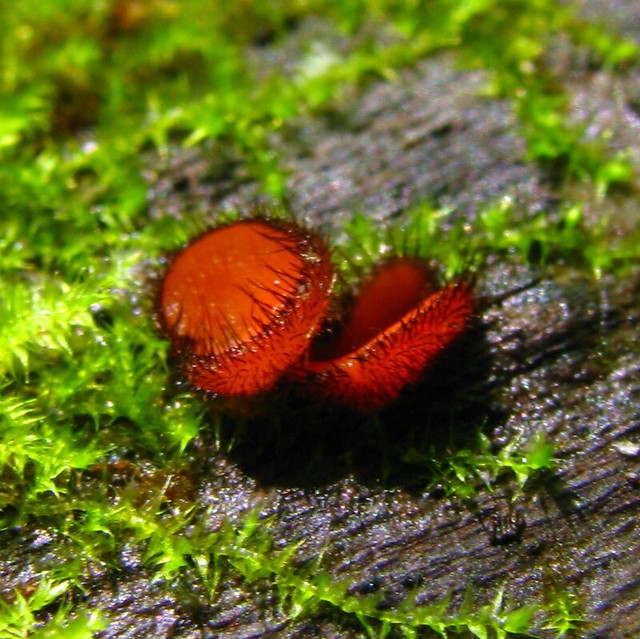 Figure 5 The “eyelash fungus”, Scutellinia scutellata, has little “hairs” around its cup that look like tiny eyelashes. These tiny fungi usually grow in clusters on rotting woods or soil during spring and fall. They can be found in North America, the UK, and Europe [5].

Fungi come in many forms. Next time you take a hike, be careful where you step! A fascinating fungus might be just underfoot. And remember to check with a professional mycologist before you eat any fungus you are unsure about!