Find out how a vaccine for cattle resulted in a rebound in giraffe populations on the Serengeti.

Adult great white sharks love to eat seals. Therefore, it’s no surprise that a drastic change in the population of seals results in a corresponding change in the population of sharks. However, many ecosystem interactions are more nuanced and less obvious than this. Sean B. Carroll’s book The Serengeti Rules does a great job of illustrating some of the fascinating ways in which life on Earth is interconnected. One example in the book is the case from the late 1960’s to early 1970’s of the surprising interaction between the cattle vaccines and Serengeti giraffe populations.

How could a vaccine for domestic cattle impact wild giraffe populations? And now, what if I told you that the giraffes cannot contract the disease that the vaccine protects against? Domestic cattle are not predators or prey for giraffes, and the disease itself is not killing the giraffes, so what’s going on? To find out, let’s walk through the process step-by-step…

Rinderpest is a virus that infects cattle; it is similar to the human measles virus. The rinderpest virus caused a cattle plague throughout much of the world in the late 1800’s to early 1900’s. It is believed that the cattle plague was brought to East Africa from Italy when soldiers brought their cattle with them during military campaigns. Unfortunately, the disease did not stay confined to domestic animals; it spread to wildebeest, which are a close relative to domestic cattle and were in close proximity to the infected animals (Figure 1). 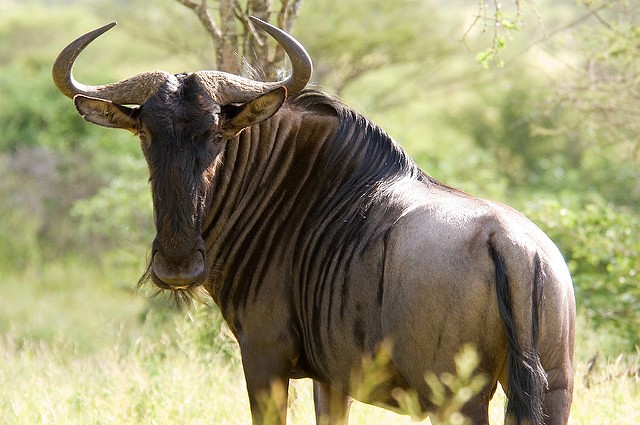 This part is straightforward. In the early 1960s, a vaccine was developed that protected domestic cattle from the rinderpest virus. The domestic cattle had been the reservoir (i.e. the long-term host) for the disease, so treating them meant that the wildebeest population was protected too, even though wild wildebeest were not directly given the vaccine. Having cured the cattle plague, wildebeest populations started to increase.

Step 3 – The rise of the wildebeest

Shortly after the Serengeti was designated as a National Park and researchers estimated the populations of the large mammals in the park. In 1957, it was estimated that just under 100,000 wildebeest were living on the Serengeti (Figure 2). By 1971, just 10 years after the introduction of the rinderpest vaccine, the population of wildebeest was estimated at over 770,000 animals! That’s a remarkable recovery for an animal that only has one offspring per female per year. The Serengeti now had more than 7 times as many large, hungry wildebeest roaming its plains. 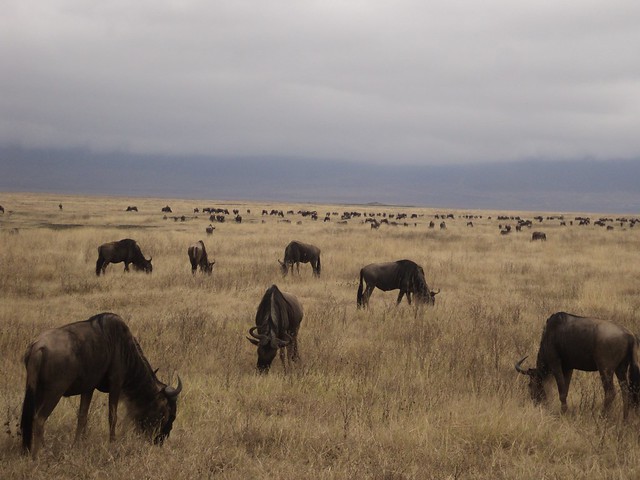 Figure 2. Few wildebeest grazing on a grassy plain. From https://pxhere.com/en/photo/888510

Wildebeest are very large animals weighing in at ~200 kg (450 lbs) and feed entirely on grasses. It takes a lot of grass to fuel the mass of just one wildebeest, multiply that by the now much larger population and what you have is perhaps the world’s largest lawn mower moving its way across the Serengeti. The consequences of the reduction in the amount and height of grasses is primarily felt during the Serengeti’s dry season. 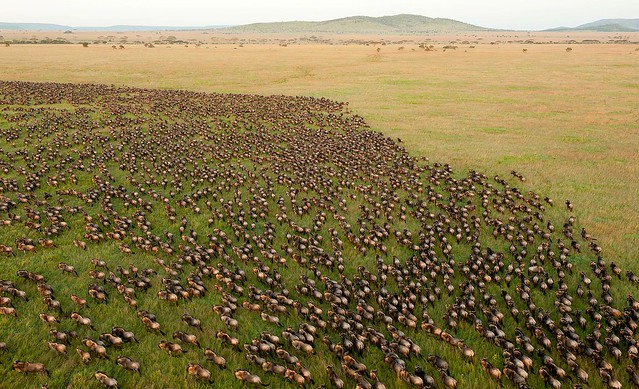 Step 5 – Less fuel for the fires

Wildfires are a natural part of the Serengeti’s dry season. But the considerable reduction in grasses caused by the increase in grazing wildebeest meant that there was much less fuel for wildfires. This resulted in a decrease in the frequency and intensity of wildfires on the Serengeti plains. With fewer wildfires, trees and shrubs had a much better chance to grow into adulthood without being burned, altering the entire landscape of the area (Figure 4). 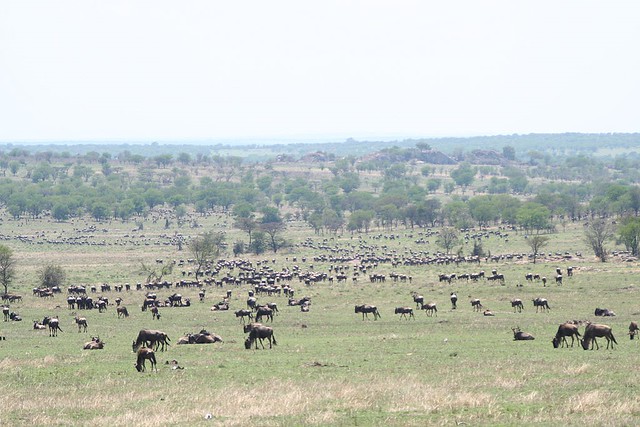 Figure 4 Wildebeest grazing on a landscape with far more trees than pictured in Figure 2. This is an illustration of the type of change the Serengeti experienced through the late 1960’s.

The increase in trees on the Serengeti meant an increase in food for giraffes (Figure 5). In this case, an increase in the population of one grazer (the wildebeest) actually assisted in providing more food for another herbivore (the giraffe) by reducing the number of wildfires, which limit the giraffe’s food supply. The sheer size of mammals such as wildebeest and giraffes make them very difficult and dangerous for predators to successfully capture. This size protection from predation often makes food availability rather than predation an important limiting factor for large grazers. 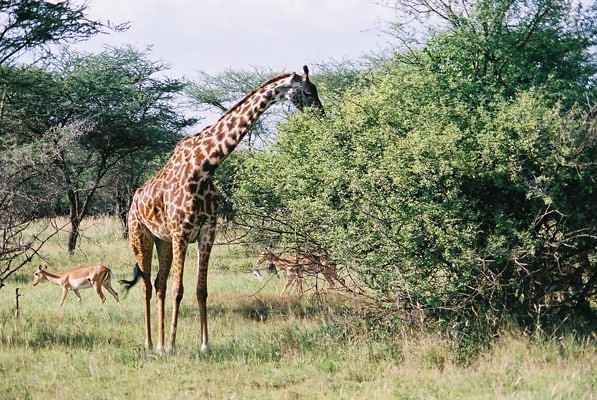 Figure 5 A giraffe feeding on a large shrub. Source: Tracey Spencer via Flickr.

Major predators such as the great white shark are rightfully given credit for being keystone species- vital players in their ecosystems that have a very important role in maintaining the balance of the entire system. However, in his book The Serengeti Rules, Sean Carroll shows how microscopic quasi-organisms like viruses can be keystone players in an ecosystem as well, causing a ripple effect that completely restructures an entire landscape. If you are interested in learning more about the basic rules that govern how life on Earth works, I recommend checking out The Serengeti Rules: The quest to discover how life works and why it matters.

Carroll, Sean B. 2016. The Serengeti Rules: The quest to discover how life works and why it matters. Princeton University Press. Princeton, NJ.