Currently, there are roughly 50 large wildfires burning in the U.S. We’re taking a look at how one of this season’s fires got so big. 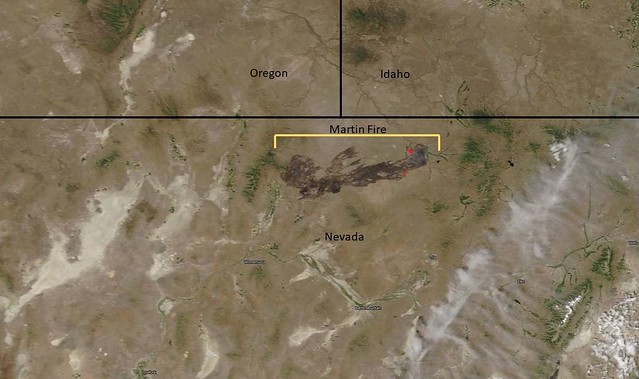 Figure 1. A satellite view of the Martin fire which burned more than 430,000 acres in Nevada in July 2018. The dark area bracketed in yellow shows a burn scar left from the fire. Image credit: NASA, Modified by Emily Fusco.

Fires need three things to burn: heat, oxygen, and fuel. These three elements make up the fire triangle (Fig 2). For wildfires, the fuel portion of the fire triangle refers to vegetation such as trees, shrubs, and grasses. In the Great Basin region, where the Martin fire occurred, most of the vegetation is shrubland. The shrubs in these ecosystems are often widely spaced, with just bare soil in between each plant. However, the non-native invasive plant, cheatgrass, has become common in the Great Basin, filling in those bare spaces with fine dry fuel. Now when heat (an ignition) is added, the shrubland system is more receptive to fire, and the fire can spread between the shrubs by moving through cheatgrass (Fig 3.) 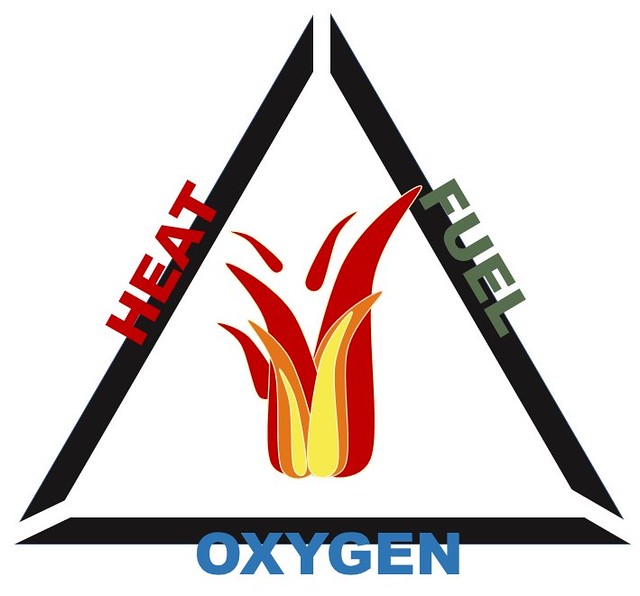 Figure 2. The fire triangle is a common depiction of the three ingredients necessary for fire: heat, fuel, and oxygen. Diagram by Emily Fusco.

Figure 3. The shrubland systems that make up the Great Basin region primarily consist of shrubs with bare soil in between each plant. If an ignition sources is added but there is no fuel to burn, no fire will occur (1). Once the non-native invasive cheatgrass is added, there is a dry fine fuel source making the shrubland more receptive to fire (2). The fire can also travel farther because the cheatgrass provides fuel to carry the fire between the shrubs (3). Diagram by Emily Fusco.

Nevada has heavy infestations of cheatgrass which helped carry the Martin fire great distances across the landscape. Unfortunately, once this area is burned, cheatgrass will be one of the first plant to grow back. Cheatgrass is disturbance responsive, meaning that when disturbances such as fire move through, cheatgrass can thrive. This results in more cheatgrass, less native shrubland, and more fires. (Fig 4). This feedback loop is called the grass-fire cycle, and it alters the fuel portion of the fire triangle (Fig 5).

Figure 4. On the left is a native shrubland habitat in the Great Basin region. Cheatgrass is filling the empty spaces in between the shrubs. On the right is the same area after fire has moved through. Cheatgrass has grown back, and the native shrubs cannot recover. Image credit: Bethany Bradley 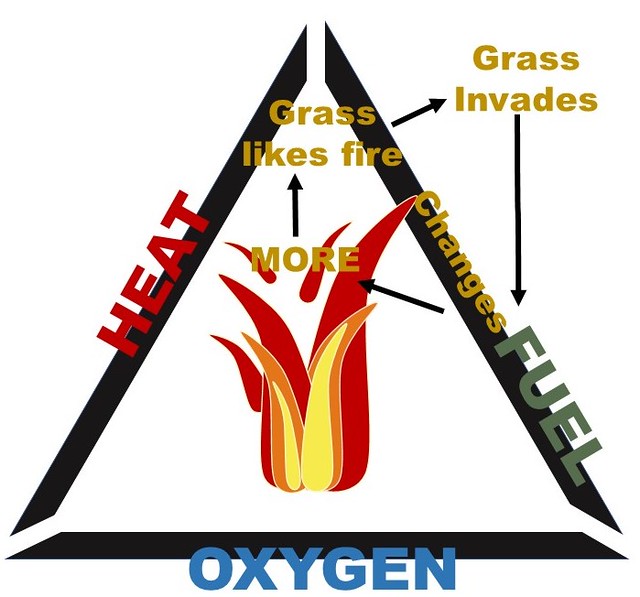 Figure 5. The grass fire cycle fits into the fuel portion of the fire triangle. The invasive grass changes fuels, resulting in more fire. Unlike native shrubs, the grass can grow back quickly after the fire, resulting in more grass invasion. Diagram by Emily Fusco

At the end of September 2018, more than 50 large wildfires were under management in the U.S., requiring more than 7,000 people, 300 engines, and 70 helicopters to fight them. As people continue to add ignitions, change the climate, and alter fuels through invasive grasses, we can expect that these unprecedented fires will continue to burn.