“The vermin only teaze and pinch Their foes superior by an inch. So, naturalists observe, a flea Has smaller fleas that on him prey; And these have smaller still to bite ‘em, And so proceed ad infinitum.” 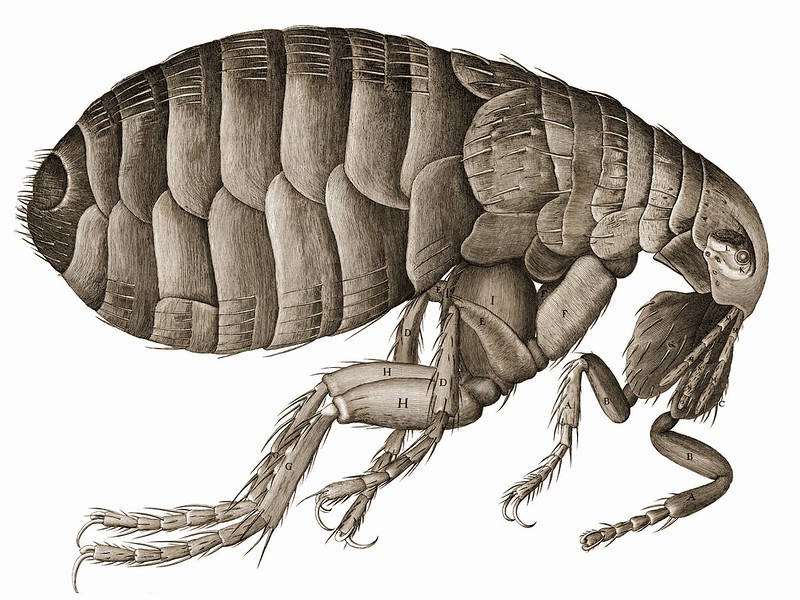 Figure 1. Robert Hooke’s drawing of a flea in Micrographia, 1665. In this text, Hooke described and illustrated dozens of minuscule animals, plants, minerals, and phenomena reveling in the “strength and beauty” in these tiny curiosities. Image source: Wikipedia

For my dissertation research, I have been studying the role of diseases, predators, and parasitoids (insect parasites of another insect) on the invasive insect winter moth, so the subject of hyperparasitism is close to my heart. I am studying how these native sources of mortality are contributing to the management of the outbreaking winter moth populations. 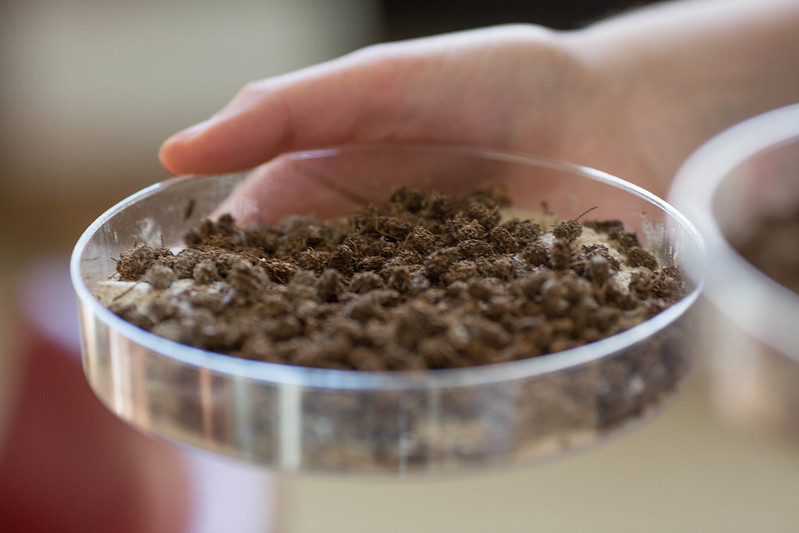 Figure 2. A tray of winter moth cocoons. These developed from caterpillars we collected from oak and maple trees in Eastern Massachusetts in early May. Populations have been so dense in the past, that it wouldn’t take more than a half an hour to get this many. Photo courtesy of Miranda Loud.

As part of this work study winter moth, I recently published a paper on a few different parasitic insects who use a host which was also a parasite. In this case, a parasitic fly is getting attacked by a hyperparasitic wasp. This is another example of hyperparasitism…and an important one as it may be affecting the management of winter moth, which is known to have damaging effects on trees. 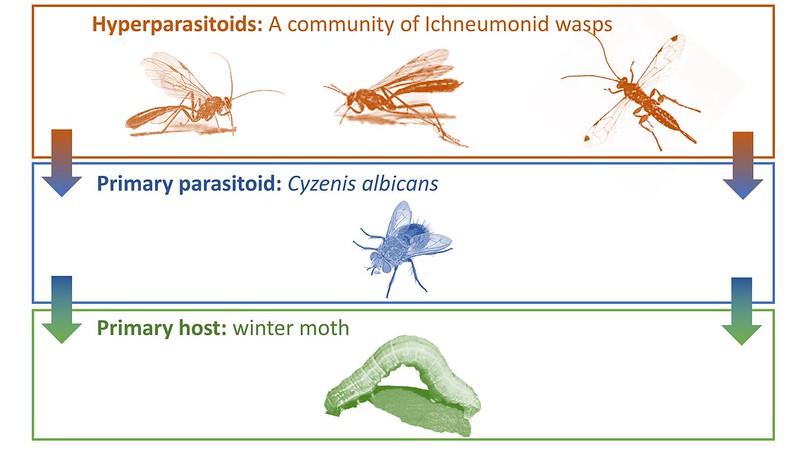 These hyperparasitoids are important for the management of winter moth because they may affect our classical biological control program. Classical biological control is the importation and release of host-specific natural enemies from the native range of the invasive species. We’ve been using this approach to control winter moth populations. The biocontrol agent involved is a parasitic fly called Cyzenis albicans. A long-term strategy for managing the outbreaking populations of winter moth in Massachusetts is to collect and release one of the parasitoids that keeps moth populations in check in the native range in Europe. However, if too many of the flies are killed by wasp hyperparasitoids then the Cyzenis flies won’t be able to reproduce as rapidly and won’t contribute as much to mortality of the winter moth; its role as an effective biological agent would be compromised.

Luckily, from our research, I found that while there is an array of hyperparasitoids that can interact with the flies and they may be slowing down the establishment of Cyzenis albicans, it does not appear that the biological control success of winter moth in the northeast is jeopardized. This is great news, because it would be really unfortunate if a hyperparasitoid hindered our conservation effort by knocking down our biocontrol.

I’ll leave with you with a mind-blowing idea: while they may not be fleas on fleas on fleas, there are also hyper-hyperparasitoids. These are wasps that parasitize other hyperparasitoid wasps which were attacking parasitic flies which hit the original host. 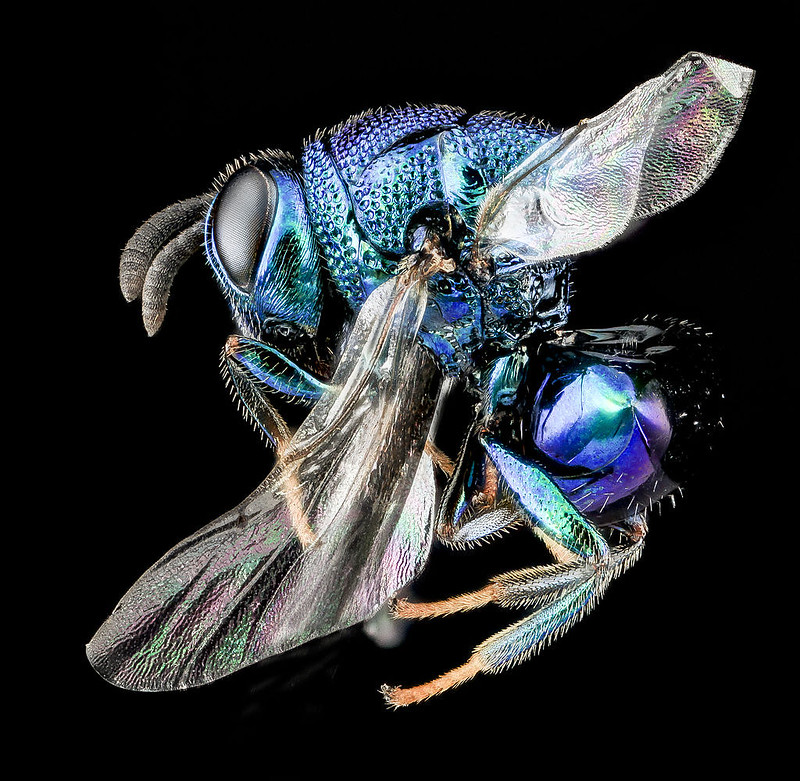 Figure 4. A Perilampid Parasitic Wasp, which is a hyperparasite on other parasitic wasps. Source: Wikimedia