DNA Extraction is easier than you might think - you can even try it in your kitchen at home!

Life on Earth is full of diversity, but one thing all life shares is DNA. This long, skinny, string-like molecule carries the instruction manuals for everything from bacteria to blue whales. Short for “deoxyribonucleic acid”, DNA is of interest to all sorts of biologists. Since it contains the genetic code that gets passed down from generation to generation, DNA can tell a scientist a great deal of important information about an organism.

However, before we can learn all about this genetic information we need to “extract”, or take out, the DNA from whatever it is we are studying. Removing just one type of molecule from a living thing while leaving all the other stuff behind may sound complicated, but it is actually much simpler than you might expect. In fact, you can extract DNA from food at home with just some soap, salt, and rubbing alcohol! Simple methods you could do in your kitchen are described here and here.

Video 1. Extracting DNA is so easy, you can do it at home with household supplies. (video credit: ABC Channel 13 News, via Carl Nelson on YouTube)

In the lab, however, we need to be a little more precise with the DNA we extract for research. So we use equipment such as micropipettors (which we use to measure very small amounts of liquid) and centrifuges (used to spin samples around very fast, in order to collect heavier stuff at the bottom of a tube) - things you probably don’t have lying around at home. Even so, it only takes about an hour to extract research-quality DNA. 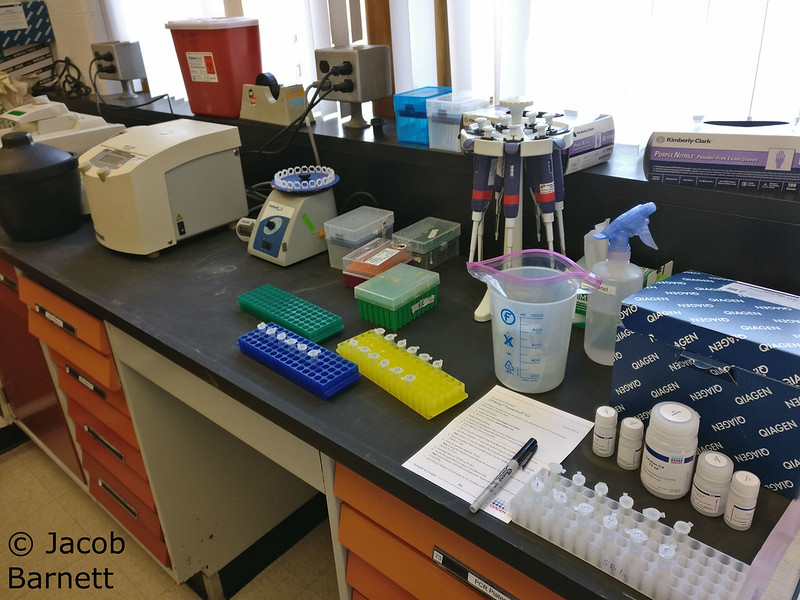 Figure 1. Equipment needed for DNA extraction in our lab at UMass. The process basically comes down to shaking up the sample, adding soapy, salty, and alcohol-based liquids, and passing it all through a filter. (photo credit: Jacob Barnett)

Although the lab process may look more complicated than the home kitchen method described above, the basics are very similar. In the kitchen, you would start by mixing the sample in a blender. In the lab, we get the same result by shaking the sample in a tube on a vortex machine - a device that can shake something back and forth at very high speeds. The fancy-looking buffers and solutions used in the lab are really just salty, soapy, or alcohol-based liquids similar to the shampoo/detergent and rubbing alcohol you might use in the kitchen. 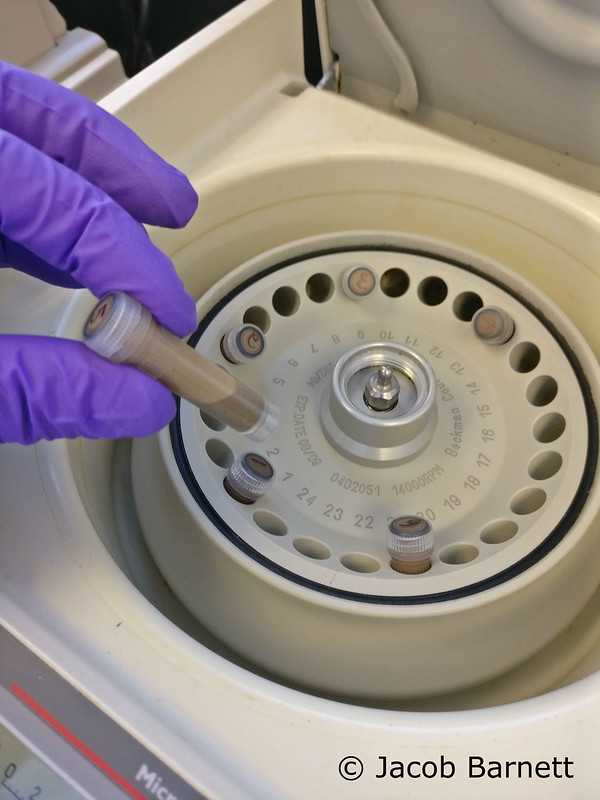 Figure 2. A sample of soil ready to be spun around in a centrifuge as part of the DNA extraction process in the lab. (photo credit: Jacob Barnett)

One of the things that allows us to be more precise in the lab is a centrifuge, which spins tubes around really fast, at forces such as 10,000 times the force of gravity! This makes separating DNA from everything else much more quick and precise than anything you could do at home. Again, however, the basic principle is the same as pouring a sample through a coffee filter at home and letting gravity pull the liquid through.

So go ahead, grab some food from your kitchen and give DNA extraction a try!

« Is it possible to eat too much fish?
Archive
Human Eye Structure Makes No Sense…Or Does It? »