Learn the ins and outs of combat in one of the ocean’s fiercest fighters, the American lobster.

When you think of a lobster, what do you picture? Perhaps your mind draws up a fairly innocuous little animal nestling between some rocks on the seafloor, or even a tasty meal with drawn butter on the side. You probably don’t picture a vicious, limb-tearing beast, but this can be an accurate depiction of a male lobster as he defends his shelter from other lobsters. In the wild, shelters are sought after commodities that confer survival and reproductive advantages. Consequently, they can be the cause of ferocious fights. Generally, the best shelter in a patch of lobsters belongs to the most dominant male of the group, and he’ll defend his shelter against any subordinates that try to intrude or overthrow him [1].

When I was an undergraduate, I started a research project that required me to elicit and score hundreds of battles between pairs of lobsters in order to investigate the sensory systems that mediate these complex battles. Essentially, I began running a lobster fight club in a tiny wet lab in a basement. It may sound strange, but this was one of the most exciting times of my life. Lobster fights are action-packed, with both individuals waving their claws, flicking their antennae, and sometimes even jetting around in the water at high speeds. The fights, however, generally follow a predictable pattern of events, each level more aggressive than the next, until one lobster backs down. Here’s my pocket guide to the stages of a lobster fight:

This is essentially how a lobster says, “Check me out, bro!” A lobster will approach a potential opponent with its claws spread wide, threatening anyone who catches a glimpse. He might also stand up tall on his legs, towering above his opponent. Sometimes, this display alone will be enough to discourage an opponent from a fight. 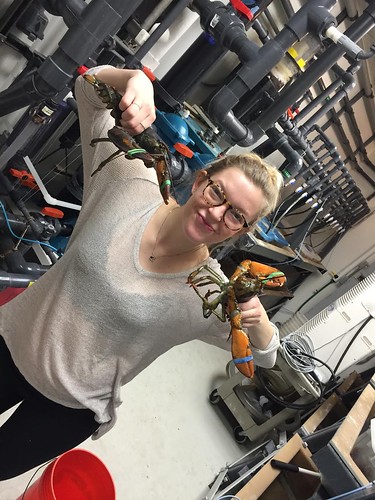 Fig. 1 Me as an undergrad, holding two lobsters. You’ll notice that the one on the right is performing the meral spread behavior (likely at me), threateningly flashing the orange undersides of his claws. (Source: Maggie Bruce)

This is the first level of escalation, and the point at which two lobsters make physical contact. They will hit or slap each other with closed claws, sending a message but not causing any physical harm. This stage of the fight can last for a long time (I had a boxing match last for 79 minutes!) and may be the highest level of aggression displayed.

Fig. 2 When lobsters engage in “boxing,” they hit each other without causing any substantial physical harm. (Source: Unemployable Like Me).

This is where things get serious. If a fight escalates to this level, lobsters open their sharp claws with intent to do harm. During instances of claw lock, opponents grab each other’s claws, joints, or antennae and pull - sometimes hard enough to remove limbs. Lucky for lobsters, they can regenerate limbs over time with each molt cycle, and sometimes even spontaneously drop their limbs in a process called autonomy. 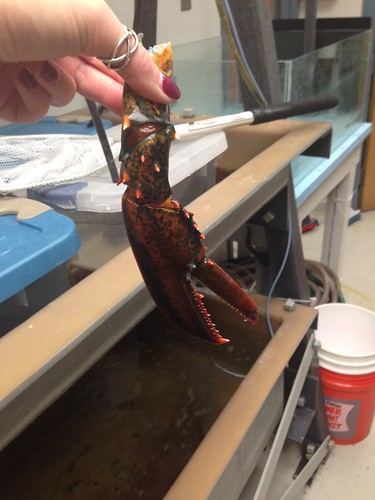 Fig. 3 A brutal scene: a lobster arm that was ripped off by an opponent during a vicious match-up. Luckily they can grow them back, though! (Source: Maggie Bruce)

As the fight draws to a close, one opponent tends to flee the scene. Lobsters are able to jet away from danger using a behavior called tail flipping, and more formally known as the caridoid escape reaction. During a tail flip, lobsters flex their abdomens, shooting their bodies backward in space.

Fig. 4 An animation of the tail flipping lobsters use to avoid danger, also known as the caridoid escape response . (Source: Uwe Kills, Wikipedia).

In the end, I found out that lobsters couple their senses of vision and olfaction to remember opponents who had previously beaten them in fights. But, lobsters’ astonishing memory is a topic for another post!

So, what do you think? Next time you see a lobster huddled in the tank at the supermarket, will you see a tasty meal or behold a strong and ferocious warrior? I hope my pocket guide to lobster fights has given you a new perspective on the lives of these surprisingly complex animals.