Building a face requires a delicate interplay between genes and the environment! 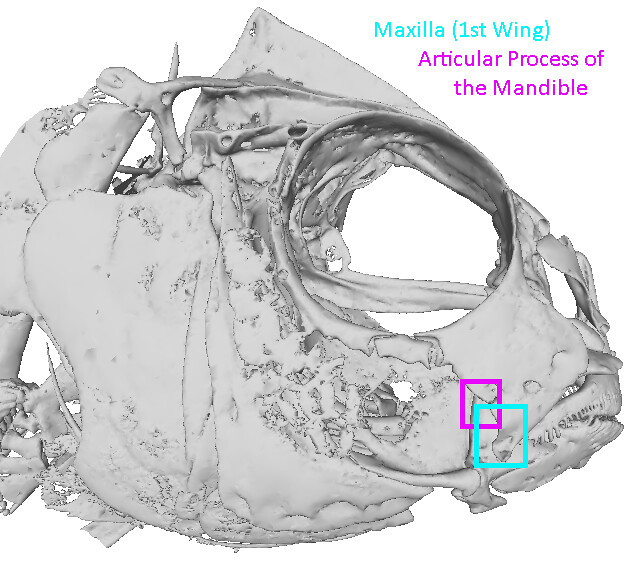 Fish faces are a lot like ours in many ways, though they are notoriously more dynamic. Many of the cranial bones found in fish are also present in humans, but there are crucial differences in how those bones are structured and connected. While some of the cranial bones have fused in humans and other mammals, they remain separate and attached only with connective tissue in fish, allowing them to swing and rotate much more freely.

The dynamic nature of fish cranial morphology is important, as fish have many different feeding strategies that may require different specialization in their bone structures. Fish that feed off the rocky surface at the bottom of a lake, also known as the benthos, presumably put a lot of physical pressure on their jaws in order to pluck or scrape food off rocks. Meanwhile, pelagic fish that suction feed in the water column likely exert less pressure on their jaws. These differences in feeding behavior between benthic and pelagic fish are associated with differences in jaw shape; benthic species tend to have deeper, more robust jaws and faces than their pelagic counterparts (Figure 2). 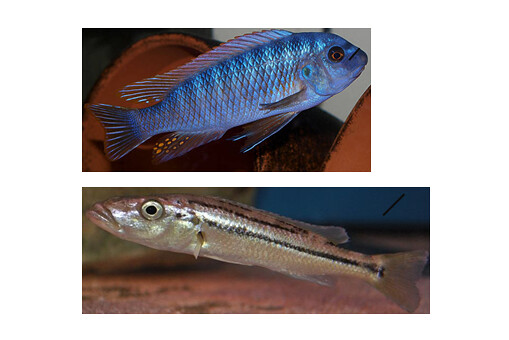 Figure 2. Two species of cichlid – the benthic fish (top) has deeper, shorter jaws, while the pelagic fish (bottom) has longer ones.

Within certain species, individuals that are presented with food that’s been spread over tiles or rocks will look very different from fish presented with food sprinkled into the water column, even when the type and amount of food presented is the same. We believe that, due to the increased pressure on the jaws, benthic fish are depositing more bone on certain parts of their face than pelagic fish. These differences in bone deposition (induced by the different feeding environments) add up over time, leading to very different shapes – shapes that mimic the natural variation we see across different species. Researchers call this ability to develop a different shape or form, “plasticity”. Being plastic allows an individual organism to adjust to its environment within its own lifetime, without waiting for evolutionary change (which takes at least a generation and often many generations to take effect). While plasticity has been found in many traits and across the tree of life, we’re still not clear on precisely how it arises and evolves. We know this ability to shift your form requires a delicate interplay between genes and the environment, but we’re not yet sure which genes enable this remarkable and extremely useful ability.

Our lab is currently focusing on discovering those genes, and our previous research has given us some likely candidates. I’m currently testing the impact of those candidate genes on the plastic response in fish jaws using transgenic zebrafish that have had those genes selectively manipulated (turned on or off). I’m also looking across several species of cichlids that have differing levels of expression for those genes. I’ve been injecting all of these fish with a fluorescent dye that binds to the calcium in their bones, creating a distinct label that marks the beginning and end of an experiment. This allows us to quantify exactly how much bone each fish is growing over that period of time, which gives us a measure of the plastic response. We can then compare bone growth across different diet presentations and different genotypes. 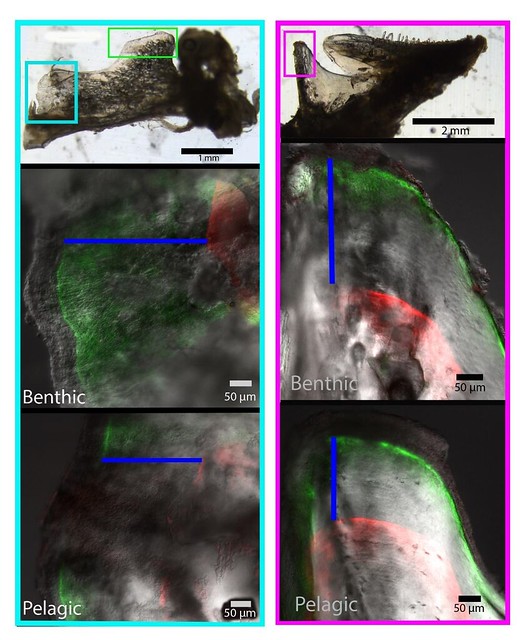 Figure 3. The maxilla (top left) and mandible (top right) dissected out of our experimental fish. Benthic fish (middle panels) grow more bone in the same time frame than pelagic fish (bottom panels) in these and other bones. You can see this by looking at the length of the blue lines.

It seems like, in some species, the bones of the face are growing more in the benthic fish than in their suction feeding counterparts! This is likely a direct response to the increased pressure they must put on their jaws during feeding. The pictures you see in Figure 3 are from fish that are approximately the same size. You can clearly see that the benthic fish (top) has a wider space between the fluorescent labels than the pelagic fish (bottom) in both the maxilla and the mandible (as highlighted by the royal blue line). This is exciting preliminary data. Stay tuned!

« Got Lactase? Breaking Down the Enzyme
Archive
Some people just love plants (as long as they can afford them...) »