Did you know that HIV has a lesser known pathogen cousin: FIV?

This semester I joined my department’s pathogenesis journal club, which means that every week we meet to discuss a paper that describes how a certain disease causing agent (pathogen) gets its job done. I know that sounds like a really morbid way to spend a Wednesday afternoon, but hearing about the creative ways that bacteria, viruses, fungi, and parasites have found to use (and damage) their hosts is quite fascinating.

Last week was my turn to choose a paper and present it to the group, but trying to pick one out of countless known pathogens felt impossible. “What do I care about?” I asked myself, and the answer “CATS!” immediately popped into my head. While there are many cat pathogens to choose from, I decided to go with Feline Immunodeficiency Virus (FIV). If that acronym sounds familiar to you it’s because FIV is a cousin of Human Immunodeficiency Virus (HIV). Although they are distantly related viruses, they both wreak havoc on the patient’s immune system, most notably leading to the destructive Acquired Immune Deficiency Syndrome (AIDS). 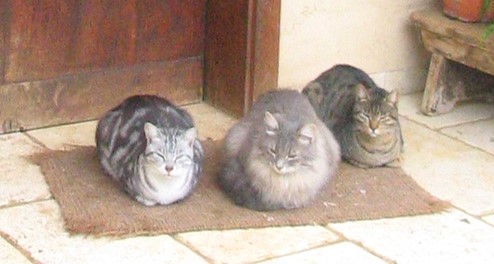 Fig 1. Writing a post about FIV means that I get to look through old photos of my cats and it is an efficient use of my time! Source: Emily S. Melzer

There is a lot we can learn about HIV by comparing and contrasting to FIV. It is thought that FIV has been infecting all species of cats for over 12,000 years [1]. This means both the virus and cats have had plenty of time to evolve defenses against each other in a never-ending arms race, as viruses and their hosts often do. The host will slowly develop an elegant immune response that will get in the way of viral infection, and given enough time the virus will develop a mechanism to counteract the host’s defense.

In contrast to the cat-FIV long term relationship, there is evidence that HIV is no more than 100 years old. While that is longer than a human lifetime, on the time scale for evolution it’s not very long. This might contribute to the fact that HIV is far more destructive to humans than FIV is to cats. The origins of HIV are in the nonhuman primate version of the virus, SIV (Simian Immunodeficiency Virus). It is thought that SIV has been infecting monkeys and apes for over 32,000 years before it was transmitted to humans by the act of eating infected chimpanzees [2]. With only a century, human cells have not had long to develop strategies for counteracting HIV. However, thanks to years of hard work by researchers around the world, HIV-positive individuals who seek treatment can now live long healthy lives; this was not the case when the virus first drew the Western world’s attention in the 1980s. 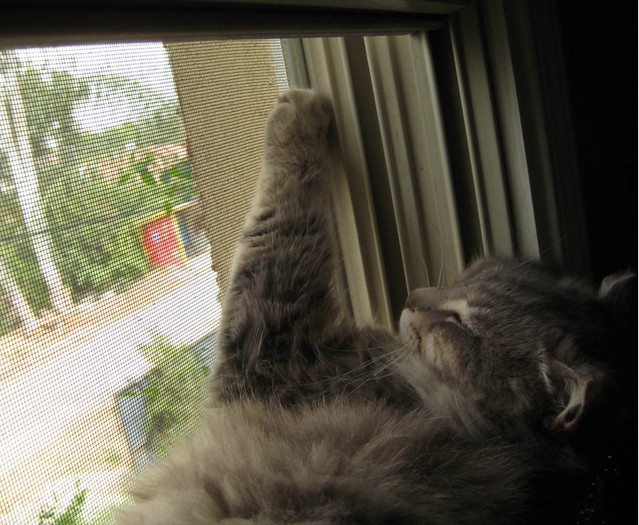 What does FIV do?

Unlike HIV, most cats can live with FIV without treatment, and only a subpopulation will develop lethal Feline AIDS. AIDS is defined as a high viral load that has impaired the animal’s immune cells to a degree that they are not able to fight infections that would otherwise be easily cleared. In addition to wiping out the immune system, cats with FIV are five times more likely to develop tumors, and may develop stomatitis (inflammation of the mouth). Although it is rarer, cats with FIV may even develop neurological disorders, as is sometimes seen in humans with HIV. [3,4]

Who gets FIV and how?

FIV infects about 2% of healthy domestic cats in the United States and 30% of high risk cats. Such risk factors include being male and having outdoor access. Interestingly, FIV is not limited to domestic cats and has been found in every wild cat you can think of: puma, lion, cheetah, leopard, tiger, etc., which gives this disease importance in wildlife conservation as well. It is, however, limited to cats, and humans cannot be infected with FIV. Among cats, transmission is usually via saliva, specifically when male cats bite each other in acts of aggression. [3] 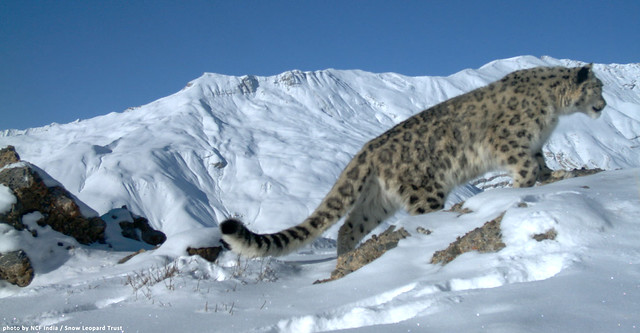 If you have a cat or cats, first of all lucky you! I hope you’re giving him/her all the attention and cuddles they deserve. But also, this post should not by any means scare you. FIV leaves cats with a weakened immune system, which means that there can either be no symptoms at all or there can be a variety of symptoms caused by whatever secondary infection has caught a ride with the cat’s dysfunctional immune system. Remember that vets can and do test for FIV. Even if your cat is FIV positive, both you and your cat can live out your relationship without worrying about the kitty’s health, as long as you listen to your vet.