“Remember when PokémonGo was a thing? Do researchers think '#PoGo' helped us appreciate both the pidgeys AND the pigeons?”

In my last post, I discussed the value of experiencing the mind-boggling range of life we have on our planet, also known as biodiversity. I argued that when we interact with biodiversity, we understand it better, value it more, and support conservation measures that protect biodiversity. What a great feedback loop!

But what about the biodiversity that I encounter within my phone? Yes, I’m still playing Pokémon Go and one of the things I love about the game it is it brings me into contact with a diverse range of “organisms,” also known as Pokémon. Can playing Pokémon Go replace or complement real-world contact with biodiversity? In other words, can catching Pidgeys help players notice the pigeons? 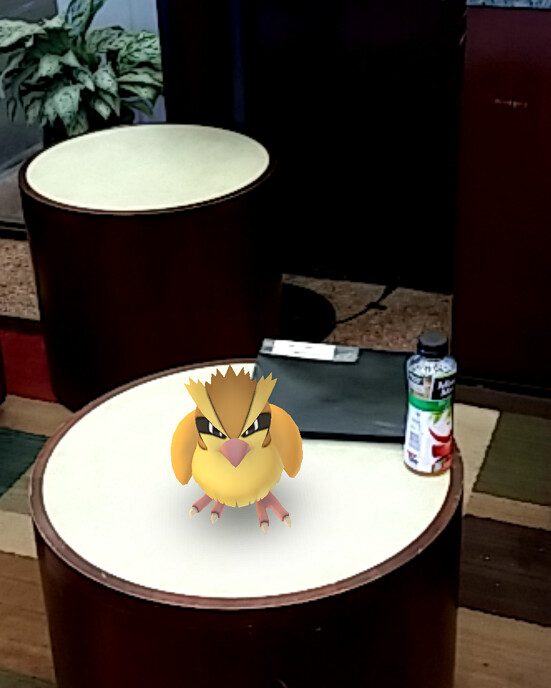 Fig 1. Put a bird on it. Pidgey in the building. (Photo credit: Evan Kuras)

To answer these questions, I spoke to two Pokémon Go researchers about what they learned from their experiences surveying and interviewing players.

First, meet Meghna Marjadi [Fig 2]. She is interested in perceptions of climate change and environmental attitudes among different stakeholder groups. One way she has explored these questions is by considering how interventions, like participation in Citizen Science and playing Pokémon Go, influence environmental attitudes and behaviors. Meghna started studying Pokémon Go when she noticed that people were visiting parks more in order to play the game. 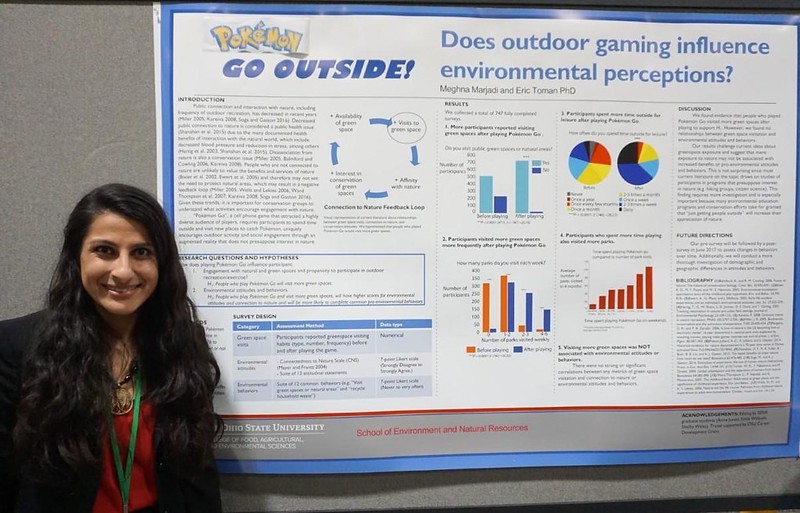 Fig 2. Meghna Marjadi is a PhD student in Environment and Natural Resources at Ohio State University. Here she is presenting a poster about her Pokémon Go research at the 2017 American Association of Geographers meeting (Photo credit: Meghna Marjadi)

“It was something new; they were exploring. I wanted to see if people who were visiting more and new parks while playing the game were having these increases in [environmental] attitudes and behaviors. Especially when it started coming out in the news – anecdotes about people visiting parks – so I wondered if it was a real trend.”

Next, meet Travis Windleharth. He and his group had been looking into Alternate Reality games, such as Ingress, so when Pokémon Go was announced in 2015 they quickly added it to their research agenda. Already, their lab group has published three scientific papers on the game! During our interview, Travis told me about one of his projects concerning how zoos and aquariums were interacting with Pokémon Go. 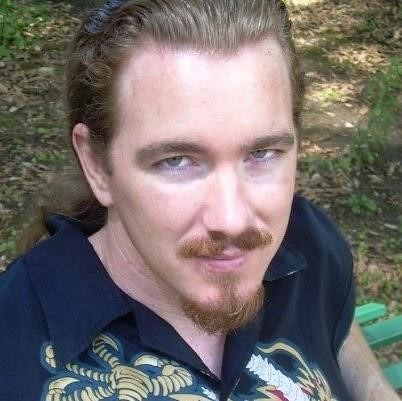 “[One thing] we noticed, in collecting info about Pokémon Go… was that museums, zoos and aquariums began creating events and posting them to [Pokémon Go Facebook] community pages. And not just one or two, but dozens… When you look at the infrastructure of the game, [“Pokéstops” and “Gyms” (Fig 4)] are created in interesting spots like statues, monuments, and plaques. Museum, zoos, and aquariums have a lot of these spots… There are over 50 Pokéstops in the Woodland Park Zoo here in Seattle!” 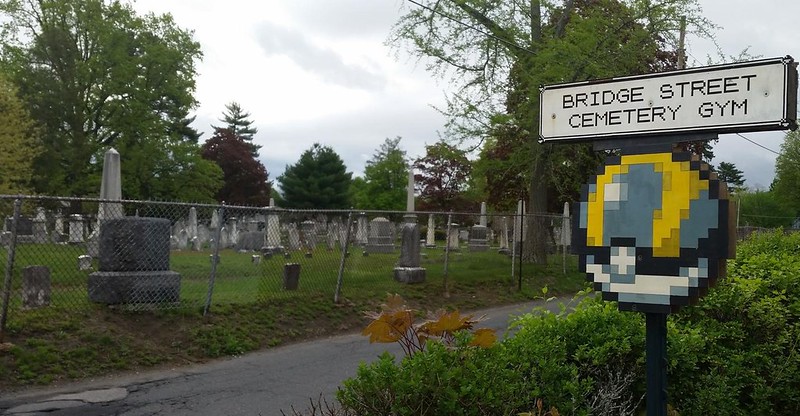 How did Meghna and Travis find people (or zoos and aquariums) to participate in their research?

Meghna: First, we did some preliminary interviews with Pokémon Go players and learned about what they were doing, then developed a survey based on those interviews. We got about 750 people to complete the survey [mainly] through Pokémon Go Facebook groups… We finished the pre-survey [in December and] we’re planning to release a post-survey in May or June, so that we’ll be able to see if any of these changes are still happening or if people have just ditched the game altogether. We also asked players to assess how many parks they had visited and how often they had visited parks before playing the game and how often they had visited parks after they started playing. So we’re able to see how much they thought things had changed.

Travis: [Because we had been looking into alternate reality games] we had already developed interview instruments… We modified everything from [one of those studies] to collect data for Pokémon Go. A lot of the questions were directly relevant and similar and in some cases verbatim. We were very well prepared to get off the ground running for Pokémon Go… [For the zoo and aquarium study], I’ve actually posted twice to listservs for institutions that are using video games… We’re still in the data collection phase and we have been for quite a while. It’s very challenging to get lots of institutions to respond, so at this point I’m going after institutions one by one…

Next I asked the researchers to share the most interesting things they found.

Meghna: We’re still cleaning up the data… [but we did find that] people felt that they were visiting more parks… One person said since playing the game they have been to 200 parks over the last four months, and before they said they may have visited two… Obviously people are estimating, but even so that’s a huge difference! … The maximum number of parks someone reported was 600 parks during the year! All of these differences are highly significant … I guess what’s interesting is that this IS getting people to go out to nature more… Pokémon are [in the parks], and part of the game IS to get these different types of Pokémon that are in different places… There are some Pokémon meet-up groups and I did observe one. When they’re walking together they’re engaging with each other; people are making new friends–so they meet partly to play the game and partly for social interaction. I think part of it is getting outside and enjoying being outside, but the “connection to nature” part of it remains to be seen, and I’ll get that from the post-survey where we can compare connectedness to nature rates between surveys but it may not be a connection that people are making. 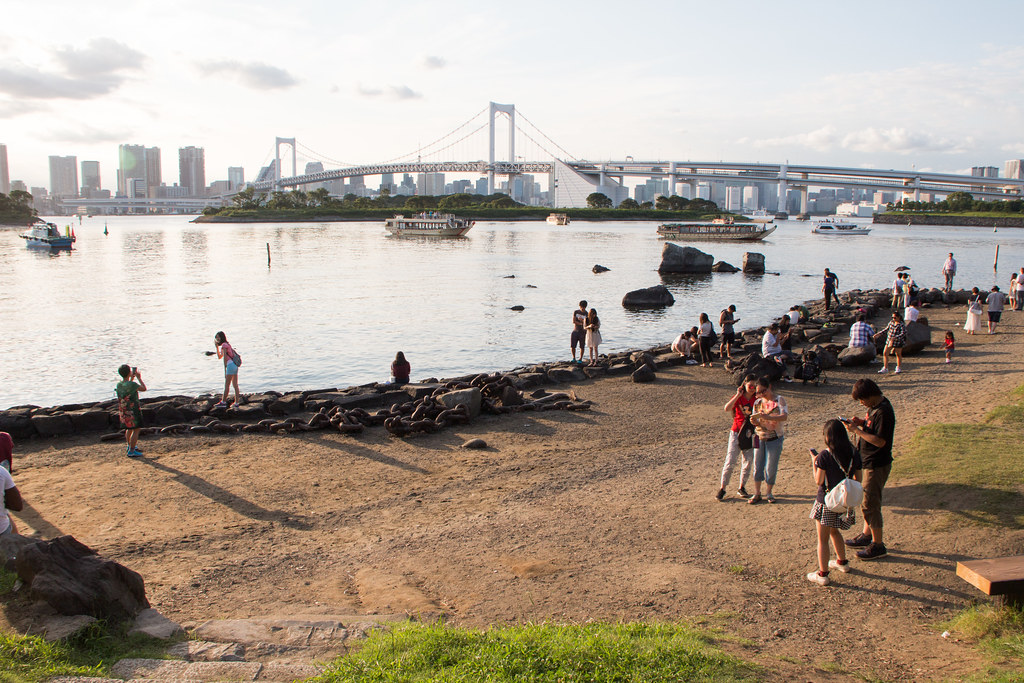 Travis: We’re still working on this but one core finding is that the zoos and aquariums that are engaging with Pokémon go players are bringing in new audiences. There is evidence that some people who do not typically visit these locations are now doing so specifically to access the Pokéstops and gyms in these locations … and we’re collecting data on… whether people that maybe never went before continue to come.

I asked both researchers about the biodiversity element of Pokémon Go, in that there are common and rare creates of all different types. Was biodiversity, or nature more generally, something players noticed?

Meghna: I think it could be. [On a related note,] we asked if people knew about Citizen Science programs because [Pokémon Go] reminded me of eBird or apps where people go out and collect data on what they see… Most people hadn’t heard of [Citizen Science], some had been already doing Citizen Science and 2/3 of participants said they may be interested in trying it… I think there’s part of that, but I don’t know how clear that connection is… However, I’m still a member of all these Pokémon Go Facebook groups and there is a lot of, “Oh this rare Pokémon is in this one park and I just wanted to tell you” and that’s like a birder telling people where a nest is.

For Travis, I asked how zoos and aquariums were using ideas like biodiversity to draw in players.

Travis: That’s a meaty question. In some of the event pages, the zoo or aquarium would make a quip about the “extra’ creatures that live here in the virtual world, so certainly some of the institutions played on that concept but that’s as much as I can think of… [Instead,] the primary tactic was, “Hey look at how many Pokéstops we have!”

I then asked if the resemblance between Pokémon and animals made any difference to players, compared to the act of collecting other types of virtual thing, like coins or tokens. Fig 6. Pokémon inspired signs made by a creative zookeeper at the Birmingham Zoo in Alabama (Photo credit: zookeeperproblems via tumblr)

Travis: We’re getting into my personal opinion… I think there were missed opportunities in creating a game that provides rich player experiences in science and ecology. There’s a marginal amount of that in Pokémon Go - certain creatures only spawning in certain locations, water creatures tend to spawn near water - but that’s a very basic level… We did some observations in wetlands and urban nature trails that had a number of Pokéstops and… in interviewing some of the players there, we know that they would not have gone to these spaces had there not been Pokéstops… But people were more likely to go to a Pokéstop-dense urban location than to go walk a mile on a nature trail to look for nature Pokémon, because there’s not some exceptional amount of nature oriented Pokémon out there.

So do our intrepid researchers play Pokémon Go?

Meghna: No. I downloaded it [and played for a little while] when I started developing the survey but I missed the whole Pokémon boat as a kid…

Travis: Absolutely. Our entire research team plays the game and we have the Valor logo outside our office. We’re all above level 30 and our advisor Jin Ha Lee is the highest level. We play a lot, both [because we want to and to] monitor the game. We’re curious how changes [in the game] affect play. We [also] have a good sense of the volume of play over time because we’re member of these 200 communities nationally.

Finally, I asked where Pokemon Go research might take us next.

Meghna: If we go back to the research question—asking what aspect of their people’s experiences outside makes them interested in caring about the environment and conservation—the study forces us to reconsider this prevalent theory and assumption among conservation groups: that when people go outside and enjoy nature they’ll like nature more. Based on our preliminary results, just going outside may not influence environmental attitudes. It’s just one study and it’s going to have its holes, but just getting at that big idea… [can] inform a lot of [environmental] management and policies. I think we’ll be able to get at these questions more in the post-survey.

Travis: [So, for my dissertation] I’m interested in games and learning and impact. For instance, there’s an app iNaturalist that a research team’s trying to gamify and make it more like Pokémon Go. And I’m interested in research questions surrounding how gamifying applications used in the real world impact motivation and learning. [I’m very excited about a game called ECO that’s essentially a civilization-builder with] a law system… you have 30 days to develop your civilization to the point where it can stop an asteroid from blowing up your planet. However, there’s an ecology - you can overhunt, and you can pollute the air and the water if you strip-mine too much - so players are balancing… utilization of resources with trying not to wreck the planet… It’s a very rich environment to study a specific type of ecological mindset… That’s what I’m really interested in right now.

So, does playing Pokémon Go bring people into contact with nature, and biodiversity more specifically, in meaningful ways? Meghna and Travis suggest that, while Pokémon Go might get people outside catching pidgeys, meaningful connections to nature (noticing the pigeons) may only occur accidentally. Perhaps it is too early to tell – a good reason to conduct research in the first place – or perhaps Pokémon Go is the just the beginning of a wave of games seeking to change the way we interact with our environment. Either way my dear reader, it is time for you to stop staring at this screen and get out there. Get out and stare at a tinier screen looking for Pokémon, or skip that part altogether and see what amazing creatures you can encounter in your own backyard! 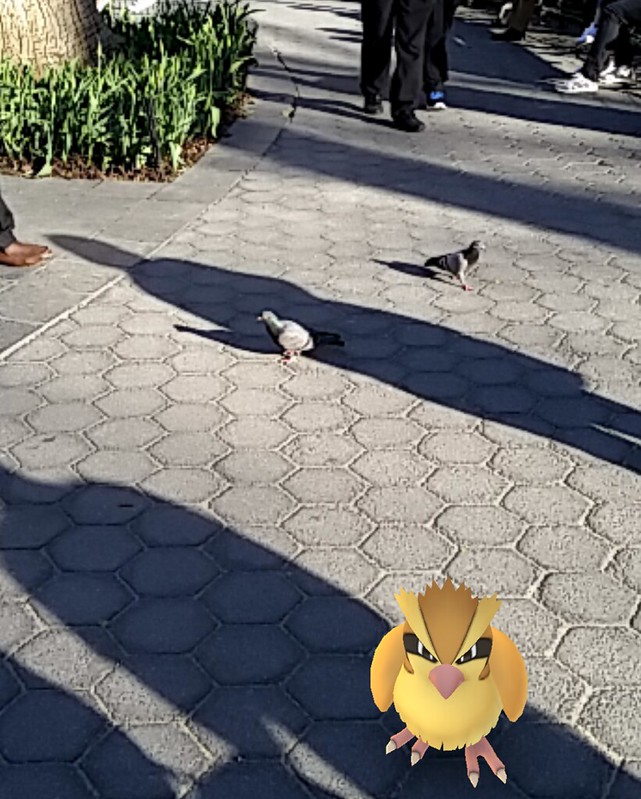 « Biodiversity in my Backyard: Encounters with Pidgeys and Dratinis, Part 1
Archive
Henry's Pockets: A Poem »