Have you ever seen a rabbit eat its own poop? It’s not uncommon, in fact it’s necessary to live!

It’s springtime, and that means the emergence of spring animals from their winter burrows. As the plants come back to life, so does the activity of animals that eat them (also known as herbivores).

One such herbivore is the happy rabbit. Mopsy and Flopsy have waited a long time underground for the spring thaw. They emerge from their burrow, excited for the lush grasses just waiting to be eaten!

They frolic through fields, nipping off the tops of wildflowers. Every so often they have to make a pit stop, depositing a pile of pellets as their little bodies process their food and pump out leftover indigestible fiber (the part of plants that you cannot digest and use for nutrients). 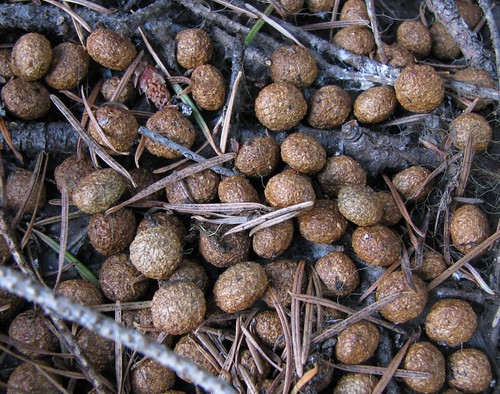 Mopsy suddenly stops, grooming under her tail. At least, that’s what she appears to be doing. In fact, she is ahem eating her own feces. That’s right – rabbits eat poop. Not just any poop, but specifically their own highly nutritious droppings called cecotropes. 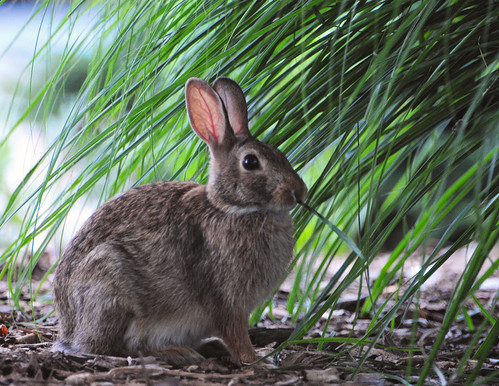 Fig. 2 Don’t judge me! – thinks Mopsy as she eats her grass. Photo by Kathleen Bence (Flickr)

To explain this rather odd behavior, let’s back up and take a look at Mopsy’s digestion. The digestive system is comprised of organs such as the stomach, small intestine and large intestine. Digestive systems are highly modified for animals with different diets – for example a meat-eater (carnivore) has a much smaller large intestine than a plant-eater (herbivore, like Mopsy). In addition to having different lengths of intestines, herbivores have a much larger digestive pouch called the cecum [1]. 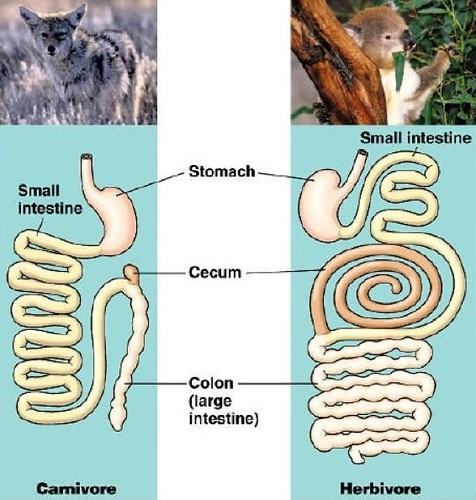 Fig. 3 A diagram of the digestive systems of a carnivore (coyote) and an herbivore (koala). Notice the much larger cecum, or specialized digestion pouch, in the koala. Figure from Campbell and Reece’s *Biology *(2008).

Herbivores have longer intestines because the breakdown of plant foods is more difficult due to plant fiber. The longer the intestines, the longer the time for food to be digested and the more space for food molecules to get absorbed. Many herbivorous animals have beneficial bacteria in their guts that help break down the tough plant fiber. In rabbits and other herbivores, those bacteria are located in the large intestine and cecum [1].

This presents an anatomical conundrum. If most of the absorption occurs in the small intestine, but it comes before the beneficial bacteria in the cecum and large intestine, doesn’t that mean things are out of order? All of the new food molecules that the bacteria help produce are late in the game, and leave the body in the form of feces. 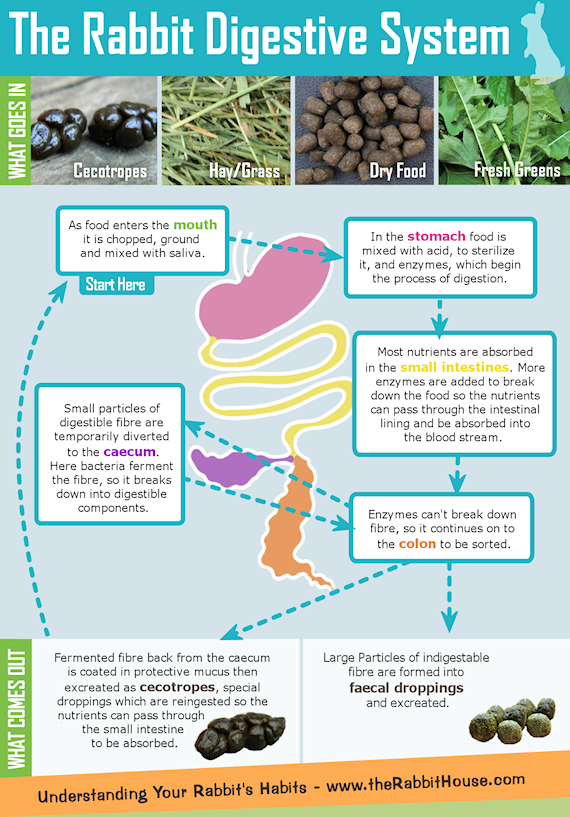 Fig. 4 A lovely diagram of the digestive process in rabbits, showing the production of hard pellets and nutritious cecotrope feces. Diagram by Tamsin Stone at http://www.therabbithouse.com/diet/rabbit-digestive-system.asp.

In rabbits and other herbivores with enlarged cecums, the cecum serves as a special storage and digestion center. It’s necessary to get all of the nutrition that they can out of their plant-only diet. If only it came earlier in the digestion process! Since it doesn’t, the best solution for Mopsy to get her full nutrition is to eat some of her food twice. This behavior of eating poop is so important, it has its own vocabulary word: coprophagy [1]. Keep up the coprophagy, Mopsy!