Sex is often presented as a dichotomy as either being male or female, but there is beautiful diversity in how sex presents itself across the animal kingdom.

In part 1, I broke down the difference between sex and gender and how these terms should be used. I also introduced how gender is nuanced, and that gender expression exists on a spectrum. Although sex seems like it is a dichotomy of an organism being exclusively male or exclusively female, there is a lot of diversity not only in the way different species exhibit sex, but also how sex is diverse within individuals.

As I discussed in the previous post, sex consists of many biological characteristics. Sex can be defined as sex chromosomes, reproductive organs, hormone levels, and presentation of secondary sex characteristics like breasts or beards.

One way to think of sex differences is existing on a spectrum as well, meaning that there are gradients of maleness and femaleness. A lot of sexual traits are driven by changes in hormones throughout the lifespan, but also can be impacted by genes and environmental factors. However, there is flexibility within biology. Just because you are XX and develop female reproductive organs does not mean that every aspect of the rest of your development will lack any male characteristics. One example is facial hair (Fig. 1). Testosterone drives beard growth in males towards the end of puberty. However, females also develop varying degrees of facial hair growth, depending on their levels of testosterone. This is common, though there are hormonal conditions that can lead to abnormal levels of facial hair growth. 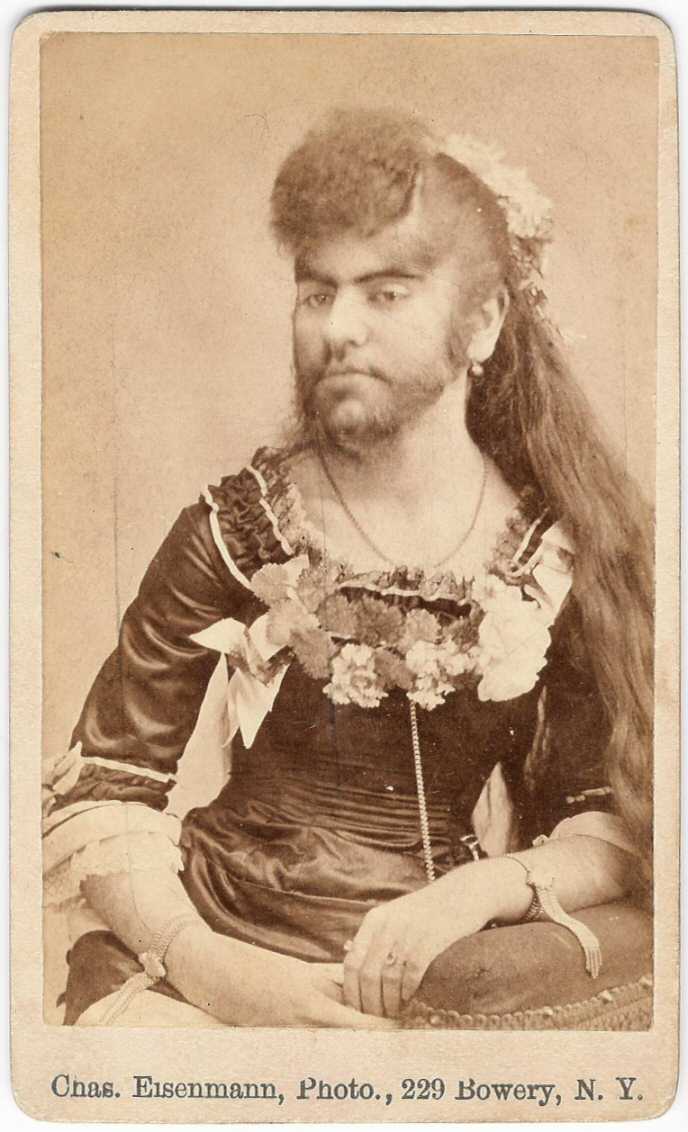 Figure 1 Picture of Annie Jones, a famous “bearded lady” from the early 1900s. She has a condition known as hirsutism which is abnormal hair growth. Usually these conditions are driven by high levels of testosterone production. Source: Charles Eisenmann

There are also conditions in humans that lead to ambiguous sex development. One condition known as androgen insensitivity syndrome (AIS) is a mutation on an androgen receptor so that the body cannot detect testosterone. Humans that have XY sex chromosomes will develop as male because the Y chromosome contains a gene that drives testicle (testes) development. Testes will then produce testosterone, and when testosterone binds to the androgen receptor, this will promote development of male characteristics. However, people with AIS that are XY will develop testes, but because they cannot produce a functional androgen receptor, the rest of the body develops female and most of these individuals identify as women.

But not all diversity in sex consist of rare genetic mutations. Some animals have evolved interesting sex characteristics. 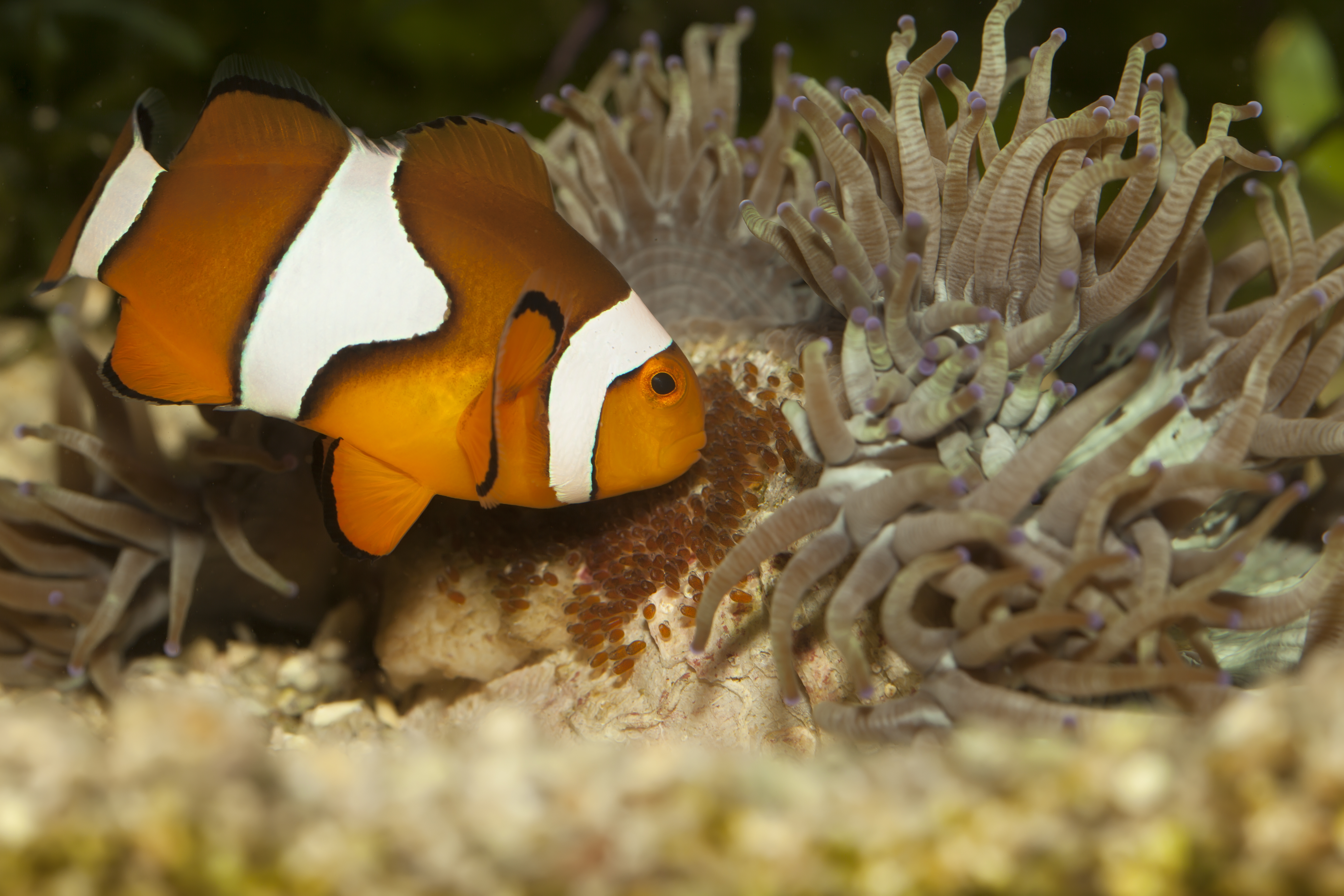 Figure 2 Clownfish defend territories around sea anemones. Only one dominant male and female can exist to mate, and the other fish will suppress their sexual development. By Josuevg via Wikimedia Commons

For example, some fish species, like the clownfish, have sequential hermaphroditism, which means they will change their sex over their lifetime. They have tissue for both gonads (testes and ovaries), and they can develop into a sexually mature male or female dependent on their social status around their territories (Fig. 2). The largest fish in the group becomes the female and the second largest becomes the male. When the female dies, the male fish can then become the female fish and another subordinate fish will develop into a male [1]. Other animals can be “sexless”, such as the naked mole rat. The naked mole rat is one of the few mammals that scientists say live in a eusocial colony. They have a reproductive hierarchy where there is one breeding female known as the “queen” and a few select breeding males. The rest of the colony suppresses their sexual development, and despite being XX or XY, their genitals are ambiguous even into adulthood [2]. 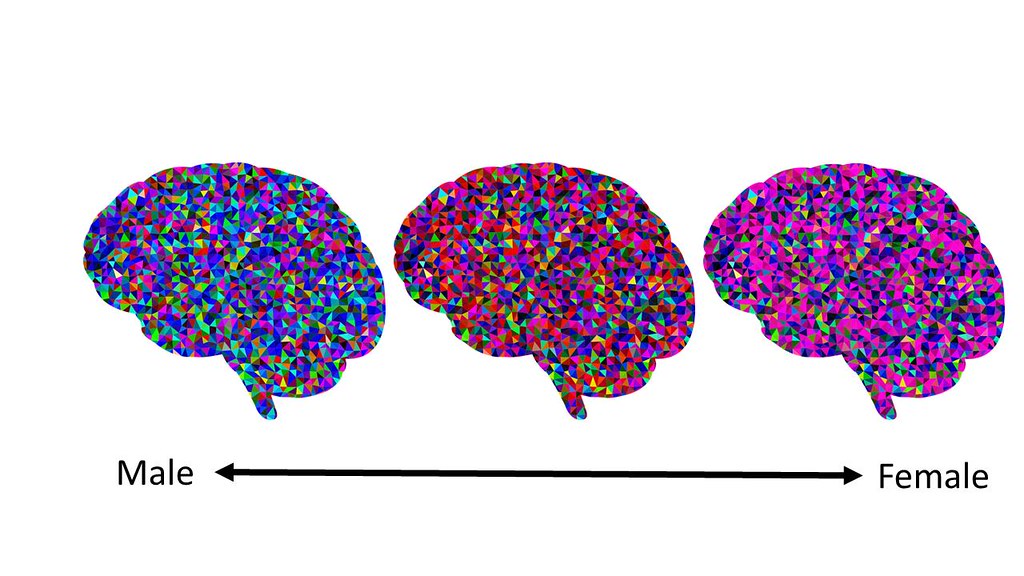 Figure 3 One way to imagine sex differences in the brain is that differences exist on a male to female spectrum. Individuals fall somewhere on the spectrum as a result of the mosaic of differences and similarities that exist in the numerous cells and neural connections that make up the brain.

We’ve discussed some examples of human and animals that defy our traditional way of thinking about sex differences in males and females. But to bring it back to our discussion in part 1, how do sex and gender relate to one another? We see that both can be diverse and based on individuals, but what do scientists think about how these concepts relate?

The brain is the source of our thoughts and feelings, and we know through a long history of animal research that early exposure to testosterone can masculinize brain anatomy and circuits and lead to “male-like” behaviors well into adulthood. However, hormones are not the only mechanism that drives sex differences in brain development. Genetics and environmental experiences are also playing a role in where on the spectrum of “male-like” and “female-like” traits brains can fall [3]. Many sex difference researchers think of the brain as being a mosaic of male and female traits and that hormones, genes, and the environment are all playing roles in shaping male and female individuals (Fig. 4). There is no “gender center” that we know of, and a lot of how we see ourselves depends on cultural norms. Vice versa, our environment and the choices we make can impact our biology and development.

So while sex and gender are two distinct things, the variability by which these exist and how they inform each other is vast and constantly changing our understanding.

« Should I say sex or gender? Pt. 1
Archive
Why Does Mopsy Eat Her Own Poop? »