Some people use ‘sex’ and ‘gender’ interchangeably, but here are the reasons why there’s is a big difference between these terms.

If you’ve ever engaged in conversation about differences between females and males, you may have used “gender” or “sex” and not been sure which word to use. Do you say “sex” and risk offending people who think you mean intercourse? Is “gender” more polite? What is most correct?

Well, studying how males and females develop, specifically their brains, is my specialty, and I’m here to break down all the nuances in terminology. Believe it or not, many people misunderstand this terminology, including scientists! 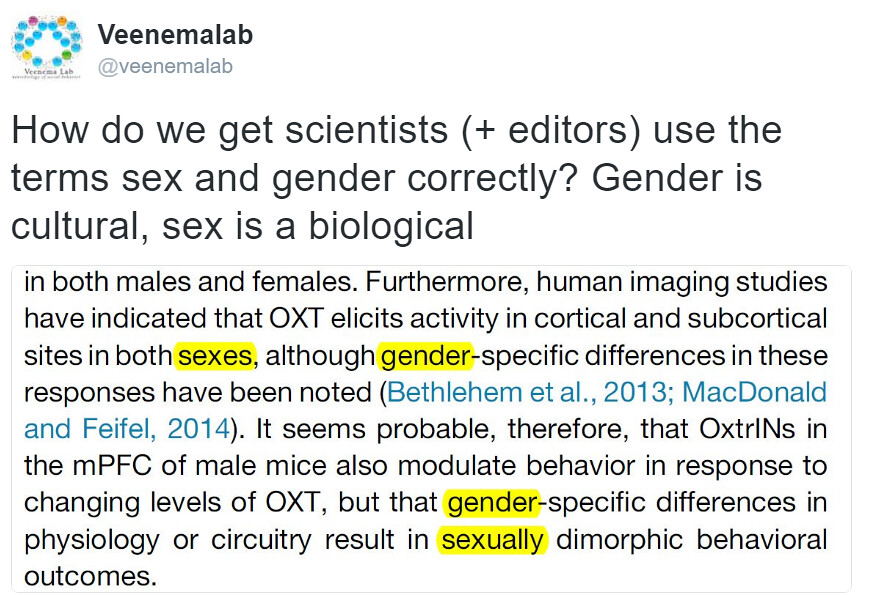 Figure 1. Sometimes scientists also use sex and gender interchangeably in a way that’s incorrect, and others work to clarify this misunderstanding. Source: Veenemalab

The real truth behind the difference between “sex” and “gender” is that we don’t really know where sex ends and gender begins. It can be difficult to disentangle how culture and biological differences are shaping the body. However, the meaning behind these words are distinct and it’s important to use them correctly when you intend to mean one and not the other.

Sex is a term we use to refer to biological characteristics that make up males and females. There are many ways in which organisms are ‘sexed’. We usually identify sex by secondary sexual characteristics that appear after puberty, such as beautiful plumage on male birds or a lion’s mane. We also can distinguish between sexes by determining what reproductive organs an organism has (vagina and ovaries for females, and penis and testes for males) or the kinds of chromosomes they have (in general XX for female mammals, XY for male mammals). Biological sex differences exist in all organs of the body, ranging from skin, fat, bone structures, liver, heart, muscles, immune system, and yes, even the brain. 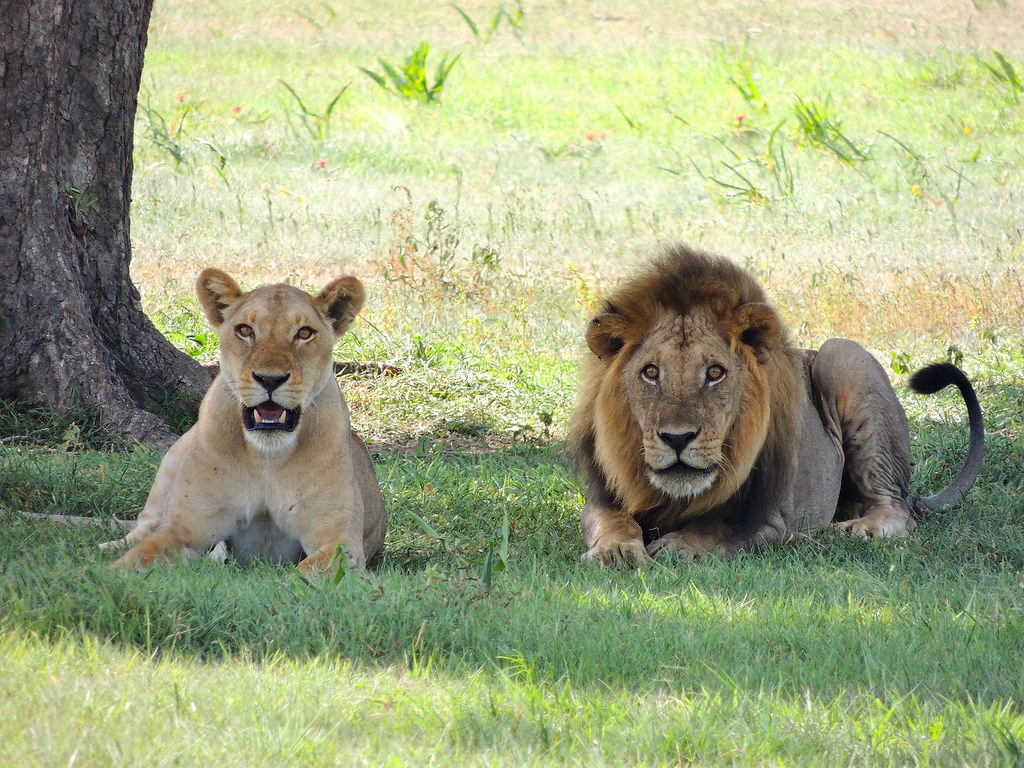 Figure 2 Manes on male lions are an example of secondary sex characteristics that develop after puberty. These characteristics are usually driven by hormones that are released as animals become reproductively mature.

Alright, so that gets sex out of the way. What about “gender”? Gender might seem more nuanced at first, but I’m going to argue to you that in many ways both what makes up sex and what makes up gender can be just as complicated.

The term “gender” as we use it today originated from the social sciences. It refers to the social constructs that we have developed to explain differences between men and women. There are two main ways gender is used. One is to describe the identity of a person (also known as gender identity). This is how a person categorizes themselves within a society. Some societies are rigid and recognize only two genders. Other societies allow more space on the spectrum, such as the Hijra in India which is recognized as a third gender by the government or the modern conception of genderqueer. We also use gender to describe traits that we ascribe to men and women that do not have a biological relevance – such as certain items of clothes being deemed masculine or feminine. Often, these cultural constructs are what we try to use as a way to inform us what someone’s gender is.

Just because someone may have physical traits of one sex doesn’t mean that they identify with a gender we typically associate with that sex. Transgender and nonbinary persons are great examples in which gender identity and expression is not constrained to a particular sex. Many transgender people identify with a single gender and change their body’s sexual characteristics in order to reflect their gender identity and feel more comfortable in one’s body (though this doesn’t have to be the case). 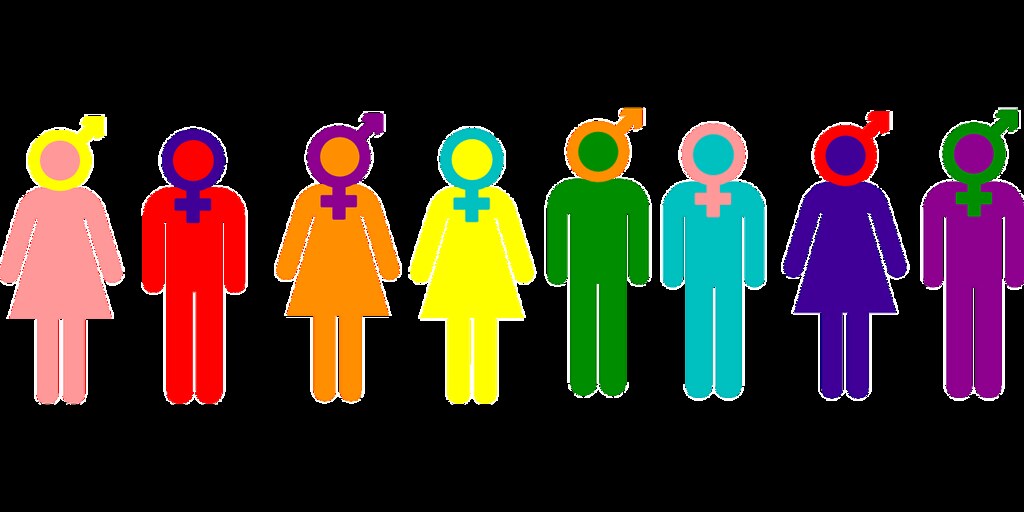 Figure 3 As a society we have expectations about how someone’s gender relates to their sex. There is a wide diversity of this relationship.

Using the distinctions between “sex” and “gender” is helpful for how we study behaviors. One example is play behavior in adolescence. There are gendered aspects of play such as what colors are marketed to boys and girls and who boys and girls are encouraged to play with. There are also parts of play – known as rough-and-tumble play – which are sexually dimorphic in many species of animals where males mostly engage in this behavior more than females [1]. Check out this video clip to see examples of rough and tumble play behavior across mammals. For humans however, what are driving play behavior differences in adolescence? Is it early brain development that was influenced by hormones [2]? Or are there cultural expectations on girls and boys that determines how and how often they play? Whether it’s your hormones, changes in your gene expression, or how life experiences are changing your brain, your biology can greatly be impacted by cultural differences placed on the genders. And the divide between sex and gender starts to become blurry.

But really, you came here to know what words you should use when. General rule of thumb is to use sex when you mean clear biological identifications and gender for cultural constructs. It’s important to get it right because the differences between the two are very meaningful for those whose gender expression is misunderstood when people make incorrect assumptions about their gender based on their sexual characteristics. It’s also meaningful for scientists like me who are trying to understand how the brain develops and the ways that it is shaped by biological sex differences compared to gender differences driven by cultural influences.

In part 2, I will describe how sex can be just as nuanced as gender, and introduce the idea of sex being on a spectrum.

« How To Catch Hard-to-Catch Fish?
Archive
Should I say sex or gender? Pt. 2 »