Genetically modified organisms may seem like science fiction! What are the benefits and risks of this technology in our food and daily products?

Consumers are becoming increasingly conscious of what they are buying and where their purchases are coming from. This consumer consciousness has fueled debate over labeling of genetically modified foods. When you think of genetically modified organisms (GMOs), you may picture weird hybrid fruits and vegetables like something Dr. Frankenstein would have stitched together in his lab. However, GMOs appear very similar to their non-GMO counterparts. Expectations about what GMO foods should look like can color our perception of the safety of these foods. In fact, there has been much controversy over the safety and impacts of GMOs on human health and the environment. Although research points to minimal risks of GMOs on health, much of the uncertainty surrounding them may be fueled by a lack of understanding about what this technology actually is.

So, what is a GMO? Genetic modification is a technology that can be applied to organisms with the goal of altering the genetic material to improve that organism. In this process, genes of interest can be selected and transferred from one organism into another. Genes can even be multiplied within an organism to change levels of expression of that particular gene [1]. Humans have been altering plants and animals for thousands of years through the process of artificial selection, where organisms with desirable traits were bred to produce offspring with these traits. Similarly, genetic modification involves the selection and expression of desirable traits, but it speeds up the process so that we no longer have to wait for offspring to be produced and develop before we can reap the benefits. With genetic modification, we are also no longer constrained to combinations of traits that naturally occur, opening up a world of possibilities for new trait combinations [2]. 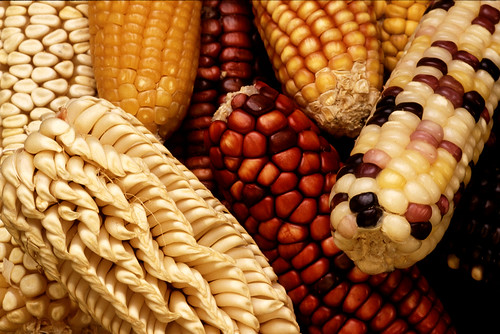 Fig. 1 Genetic variation in corn as a result of artificial selection. With GMO technology, we can introduce additional trait combinations into our food crops. Source.

One of the main arguments in favor of genetically modified foods is that they may increase our ability to grow food. The world’s population recently surpassed 7 billion people, and is expected to continue to grow to 9 billion people by the year 2050 [4]. This is an immense number of people to feed in a world where starvation and malnutrition are already huge issues. The United Nations Food and Agriculture Organization estimates that we will need to produce 70% more food than we currently do to keep up with the demand placed by the growing human population [4]. Scientists are hopeful that GMO food will increase crop yields, growth efficiency, and crop resistance to pests and pathogens, thereby providing more food to feed the ever-growing population. 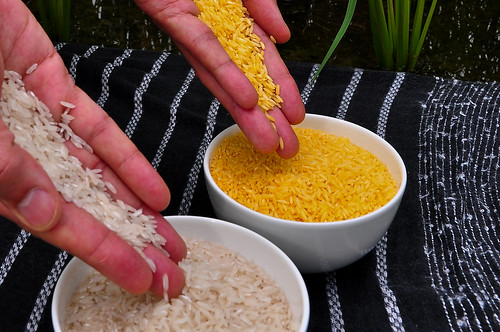 Fig. 2 A comparison of common rice and golden rice. Golden rice is a genetically modified crop that contains higher levels of vitamin A, an important nutrient in human growth and development. Source.

Many crop plants are under pressure from climatic changes, including drought and temperature extremes. Plants also face damage from insects and pathogens, which decrease crop yields. In addition to engineering plants that will meet our growing food demand, scientists are trying to develop plants that are resistant to a host of pests and pathogens by using genetic modification. Many GMO foods are already in use–including golden rice, which is genetically engineered to contain more vitamin A, and GM tomatoes which have a longer shelf life than regular tomatoes. The use of genetic modification may produce a more resilient plant population by improving resistance to environmental stress [3]. They may also improve crop yield, increase nutritional content of the food produced, and further our ability to store and ship foods around the world.

The use of GMOs is not without risks. With any technology, the potential risks must be carefully considered before products are placed on the market. One potential risk of GMOs in the natural environment is the transfer of pollen from genetically modified plants to non-GM plants. Genes from the GM plant could be taken up and incorporated into another organism. In nature, this process is called horizontal gene transfer. For example, if genes for resistance to herbicide were transferred from one plant to another via pollen, these plants might grow uncontrollably and perhaps increase the levels of pathogens and pests in the environment. Although this could conceivably occur in nature, scientists who study this have found that it occurs at very low levels [2,3].

Another potential risk of GMOs, particularly with organisms expressing pesticide-like genes, is damage to populations of non-pest insects. One example is corn engineered to express genes from the bacterium Bacillus thuringiensis, also known as Bt corn. In addition to corn, genes from B. thuringiensis have been engineered into cotton, beets, and other plants to ward off caterpillars which feed on these plants. B. thuringiensis is a soil microorganism that produces an insect-killing substance. In corn, the production of this substance results in crystallization of the guts of insects that consume Bt crops [5]. There is concern over plants such as these resulting in damage of non-target insect species, such as the monarch butterfly, a species that is declining due to loss of habitat and food sources. By damaging the guts of non-pest insects, Bt corn and similar GMOs could play a role in extinctions of important species. Studies have found that higher death rates result when insects are fed these toxins directly, but more studies must be conducted to determine the indirect effects of Bt toxins on microorganisms in the soil, and organisms that eat the caterpillars that feed on Bt plants [5]. 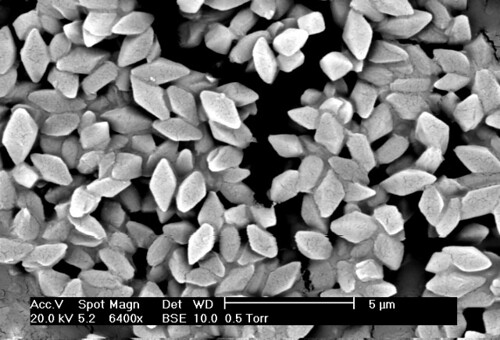 Fig. 3 Crystals form in the guts of caterpillars that feed on plants engineered with Bt. Source.

Before GMOs hit the market, they are subject to a host of regulations aimed at maintaining human and environmental health. Extensive scientific testing must reveal that there are no negative health or environmental risks of using or consuming GMO products. In the US, the governmental agencies APHIS (Animal and Plant Health Inspection Service), the EPA (Environmental Protection Agency), and FDA (Food and Drug Administration) each play a role in regulating the planting, production, and sale of GMO products. APHIS oversees planting and transport of GMOs, the FDA assures that GMO foods are safe for human consumption, and the EPA regulates the use of pesticides and microorganisms [6]. These agencies and the regulations established by them are set to make sure that the GMOs on the market are safe for humans, animals, and the environment.

Just like other technologies, genetic engineering has its benefits and risks. We’d all like to make informed decisions about our personal and environmental health. So, let’s hear your take on GMOs in the comments below.

« Really Old Fossils, Really Strong Predators, and Cool New Tech
Archive
The Earth is a blue marble (and the world is green) »