Recently, I was part of a team of scientists who worked on a beautifully preserved skull of Didelphodon vorax, a fossil mammal that lived among dinosaurs during the late Cretaceous, about 66 million years ago. It’s much bigger than any other mammal from that time, and we wanted to know if it was carnivorous, or capable of eating other animals. I made a 3D digital version of the small, fragile fossil so we could estimate the size of the jaw muscles and calculate how hard this mammal could bite. Surprisingly, we found that pound-for-pound, Didelphodon had the highest bite force of any mammal so far studied, living or extinct. Look how long and thick the canine teeth are–we believe it could even have chowed down on very small dinosaurs! [1] New 3D reconstruction methods are helping paleontologists turn small fossils from many different creatures into amazing digital specimens. 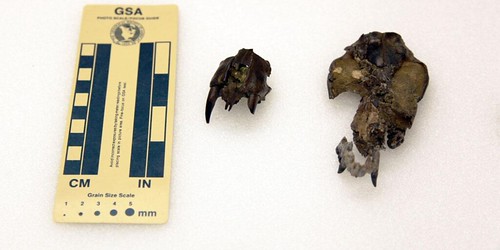 Fig. 1 Actual fossil specimens of Didelphodon vorax, a badger-sized mammal from the late Cretaceous of northeastern Montana. (Image by the Burke Museum) 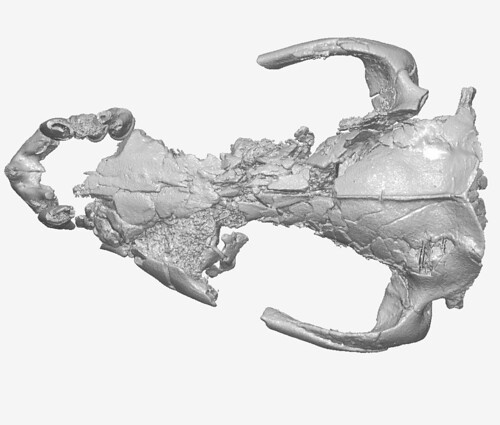 Fig. 2 We used a microCT scanner and reconstruction software to make a 3D model of all the composite fossil pieces of Didelphodon. The cracks are due to wear and tear on the skull in the 66 million years since it was fossilized. Check out the size of those canine teeth! (Image by Abby Vander Linden)