Evolutionary biology has made huge strides in the past 30 years, and yet, there’s still a long way to go.

Part I of this series focused on the origins of evolutionary thought, reaching as far back as the philosophers Plato and Aristotle. Part II addressed the Modern Synthesis which united Darwinian evolution and Mendelian inheritance and sparked a genetic revolution in the field and in our society. Today, I want to turn your attention to that genetic revolution and, more specifically, what is missing from it.

In one of my favorite formulaic crime dramas, David Krumholtz’s math whiz character responds to his FBI brother’s disparaging remark on mathematics with a wounded “everything is numbers”. In many ways, biologists spent much of the latter half of the 20th century proclaiming that “everything is genes”. The Central Dogma, a term coined by Francis Crick in 1958, saw the gene as the fundamental basis for the flow of information through the cell – DNA is transcribed to RNA, RNA is translated into a protein which can then perform some function. He even stipulated originally that information could never flow backwards (e.g. from RNA to DNA). That statement was considered controversial at the time, and was later disproven – reverse transcription, in which RNA is converted back into DNA, happens frequently in retroviruses like HIV as well as in portions of DNA in plants and animals.

More evidence for the prevalence of gene-centrism in biology stems from the rejection of those who believed that acquired characteristics could be inherited. Back in the first part of this series, I brought up Jean Baptiste Lamarck, who postulated that evolution occurred via the inheritance of acquired characteristics, like the giraffe’s long neck or a well-defined muscle. In the aftermath of the Modern Synthesis, Lamarckism was seen as naïve and even ignorant. Genes are the molecule of inheritance, and acquired characteristics have no way of affecting the genome of the next generation. Therefore, acquired characteristics cannot be heritable. Of course, this gene-centric belief ignores the possibility of epigenetic inheritance. Epigenetic inheritance is the transmission of information from one generation to the next that affects the traits of the offspring without altering the sequence of DNA. There are many examples of epigenetic inheritance across all three domains of life. One of the ways this can happen is through the methylation of DNA. Methyl groups (-CH3) are a small chemical substituent derived from methane (CH4). They can attach to a gene’s promoter, the part of the gene that initiates the transcription of RNA and allows the gene to ultimately be expressed. Methyl groups actually physically block the machinery that builds RNA from attaching to the promoter. This effectively turns off the gene that is regulated by the methylated promoter.

Figure 2. Offspring of genetically identical parents – the mouse on the right was born to a mother that was fed a diet rich in methyl groups, which allowed for methylation of the gene that produces the fatter, yellow mouse on the left. (Source: Randy Jirtle and Dana Dolinoy)

A gene-centric view of evolution also ignores the role of the environment in creating and maintaining diversity. In the great “nature vs. nurture” debate, most biologists of the post-Modern Synthesis era would likely have come down on the side of nature. This view reduces the environment to the role of the invisible hand which selects desirable traits and nothing more. But as it turns out, the environment can also help unearth cryptic (hidden) genetic variation. Living things must be robust to stress. There are some classes of proteins, known as heat shock proteins, that help other proteins fold properly even under stressful conditions like a sudden and drastic increase in temperature or a complete absence of light. Under constant stressful conditions, though, heat shock proteins become depleted as the body uses more of them than it can produce. As they become depleted, they can no longer protect the other proteins from stress, and this can lead to changes in protein structure and function. In one group of fish known as cavefish, surface-dwelling populations have normal eyes while cave populations rapidly and repeatedly lose their eyes after colonizing a new cave. It’s thought that heat shock proteins protect the proteins that help build the eyes. Scientists found that by reducing heat shock protein expression with a chemical, they were able to grow surface cavefish with reduced or even completely absent eyes. 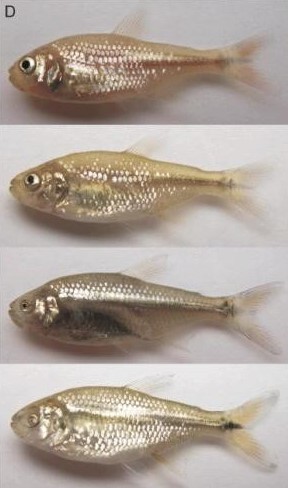 Figure 3. Initial loss of eyes in cavefish may be due to depletion of a heat shock protein under stressful environmental conditions. (Source: Rohner et al. 2013)

Similarly, phenotypic plasticity refers to the ability of a single genotype or individual to produce distinct phenotypes under different environmental conditions. For example, the Daphnia below are actually genetically identical. The critter on the left was raised in water that contained pheromones from its fishy predators. The other was raised in clean water. You can see the drastic changes that occurred to the body – just because of an environmental signal. It’s thought that such variation can actually shape future evolution.

Figure 4. Daphnia are small planktonic crustaceans that can build defenses when they come into contact with their predators. (Source: Agrawal 2001)

In all, I hope I’ve managed to convince you that while the gene truly is important, there are many cases where it is not the only game in town when it comes to creating or maintaining biodiversity. This post concludes my series on the history of evolutionary thought!