The nation’s longest-running citizen science project is both a scientific and cultural treasure. Fig. 1 Get into the spirit of the season by becoming a “bird nerd”! Image.

The annual Christmas Bird Count (CBC), was started on Christmas Day in 1900 by ornithologist Frank Chapman [1]. An ornithologist is someone who studies birds. Back in those days, people in North America and Europe much preferred to shoot birds with guns than to study them (and sometimes these went hand-in-hand, leading to the phrase “shotgun ornithology”). In fact, a favorite pastime of the holiday season was to have a competition to see how many birds (of any species) you can kill; which to me doesn’t seem in the spirit of giving and holiday cheer. To redirect from this harmful practice, Frank Chapman decided to turn the tradition of Christmas-time bird sport hunting on its head by conducting a citizen-based census of all the birds and bird species that they can find in a set area. Since then, the Christmas Bird Count, now run by the National Audubon Society, has evolved into a nationwide effort with tens of thousands of volunteers each year going out between December 14th and January 5th.

Each group surveys a 15 km radius circle, following assigned routes, and trying to count as many birds as they can. A “compiler” then checks all the data, and inputs it into the CBC database [2]. Although it can sometimes get quite competitive, there is a spirit of inclusivity and open access – anyone who wants to can participate. All the data are publicly available, and many scientists and conservation groups use this incredible long-term dataset to look at bird population trends and to answer important research questions. For example, one study used CBC data to see how populations of birds-of-prey in Washington State have changed over time [3]. Another study was able to use the data to better understand the pressures of introduced invasive House Finches on two songbird species [4].

While the methods aren’t without drawbacks, and attempts have been made to “standardize”, or account, for things like “effort” (for example, if one person searches harder or for more hours than another person), there are rarely datasets available to scientists that cover such a giant geographic range and span the course of over a century. 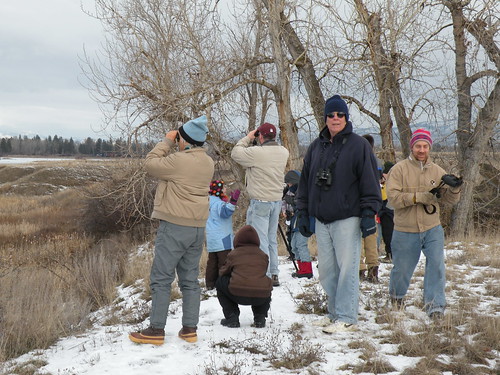 In the spirit of the season, I have written a poem about the CBC that is definitely not a shameless parody of a commonly known Christmas song…

On my first Christmas Bird Count,

On my second Christmas Bird Count,

On my third Christmas Bird Count,

On my fourth Christmas Bird Count,

I showed my bird watching partner with glee

By my fifth Christmas Bird Count,

I was getting a little cocky…

And my “birding” friends pointed out to me…

“The spirit of this whole count is appreciation of nature and conservation of species, not so much racking up a personal score to compare with other bird watchers so it’s more of a collaborative effort and you should really work on mentoring newer bird watchers in the group so we can raise the next generation of passionate citizen scientists and that this should be a fun and joyous yearly activity to share with others…oo, look over there, there are…”

Regardless of your level of “birding” expertise, CBC groups would love to have you join. Are you inspired? Do you want to get into the spirit of the season? Then grab some hot cocoa, binoculars, and your nerdiest khaki birding vest and sign up today to participate! 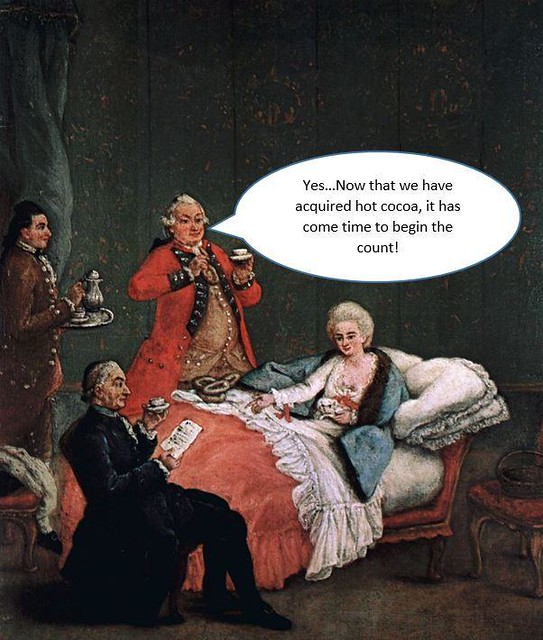