Detecting the location of your own fingertips without seeing them is a sense we should all appreciate. But what do we know about this sense in other animals?

Trying to snatch a Frisbee from the air makes me painfully aware of my poor hand-eye coordination. It always made me wonder: was I naturally lacking something or would my skills improve with enough trauma to my face? Instead of joining an Ultimate Frisbee team to find out, I settled for trail running. Here, I was introduced to the concept of “proprioception”—a passive sense of body position and movement in space. This term recently erupted in the popular news after an article in NEJM described two people with a genetic mutation causing impaired proprioception [1]. These patients had trouble detecting a soft touch to their skin, but even more remarkable was their inability to sense the movement of their own joints. If they were asked to touch a target with their eyes open they were accurate, but with their eyes closed it was blind luck when they succeeded. It turns out that these people shared mutations in PIEZO2—a mechanosensory protein that triggers nerve impulses when disturbed [2].

Knowing where your limbs are may not strike you as a sense in the same way as smell or taste, but imagine trail running, cruising over rocks and roots, trying to scan the terrain ahead and avoid the root below you…Would you fall flat on your face? Most of us have a mental image that we calibrate to the size of our limbs to keep us from tripping (this is why a rapid growth spurt results in clumsiness, since your mental image may not align with your new body plan [3].) Now try extending your imagination to other organisms. What if you had to account for your wingspan as you cruised through the air at 25 mph toward a tiny hole? Would you be prepared to fold your wings at precisely the right moment? Would you know that the hole was too small for you? Highly maneuverable birds, such as barn swallows or goshawks must have a keen sense of proprioception to avoid collisions. In experimental settings, researchers shown that, when challenged by obstacles, small birds were consistently aware of their own size in relation to the dimensions of the obstacle [4]. As they flew towards openings of varying sizes, these birds would only fold their wings when the size of the gap was narrowed to their size of their wingspan. How are the birds able to accurately judge the size of the gap relative to their wings? One possibility is visual cues. If you walk toward a narrow doorway, you may use your peripheral vision to gauge the size of the opening relative to your shoulder width and accommodate by turning to the side. However, in this case both the speed of the budgerigars and the location of their wingtips relative to their lateral field of view made it highly unlikely that they are performing a rapid visual comparison.

Fig. 2. Goshawks display incredible agility for hunting in the forest.

Fig. 3. Video analysis showed that birds were able to accurately estimate the size of an obstacle relative to their own wingspan and adjust their flight pattern to avoid collision. Image from Schiffner et al. 2014.

Another possibility returns to the idea of proprioception. Birds may utilize mechanosensory cues that form accurate body awareness. Indeed, birds have extremely keen senses that allow them to sense airflow from the extensive mechanoreceptors located at the base of each feather [5]. Especially for the high-speed demands of flight, mechanosensory perception provides a measurable advantage in response time over the delayed processing of visual cues [6]. Therefore, one possibility is that airflow stimulates individual feathers to communicate constant feedback about a bird’s body position.

While recent observations suggest that PIEZO2 plays a role in human awareness of body position, little is known about its role in other organisms, particularly with the acrobatic demands of flight. We already know that ducks using tactile stimulation of their beaks to forage have beaks containing the highest number of PIEZO2 receptors ever recorded. (This tactile sensitivity comes at the expense of thermoreceptors, which may explain why ducks still thrive in cold winter waters.) These receptors make the beak extremely sensitive, but researchers speculate that there may also be a strong proprioceptive component to beak neurons that enables birds to finely preen feathers and snatch flying insects out of the air [7]. If specialized tactile foraging shows concentrated PIEZO2 in a duck’s bill, what can we expect from its distribution through a flycatcher’s beak, or the wingtips and feather follicles of a goshawk’s wings? The evolutionary consequences of proprioceptive sense is a poorly explored avenue of scientific research, but one with fascinating questions. I hold out little hope for my own hand-eye coordination, but my life doesn’t depend on acrobatic movement in three dimensions to catch a Frisbee. 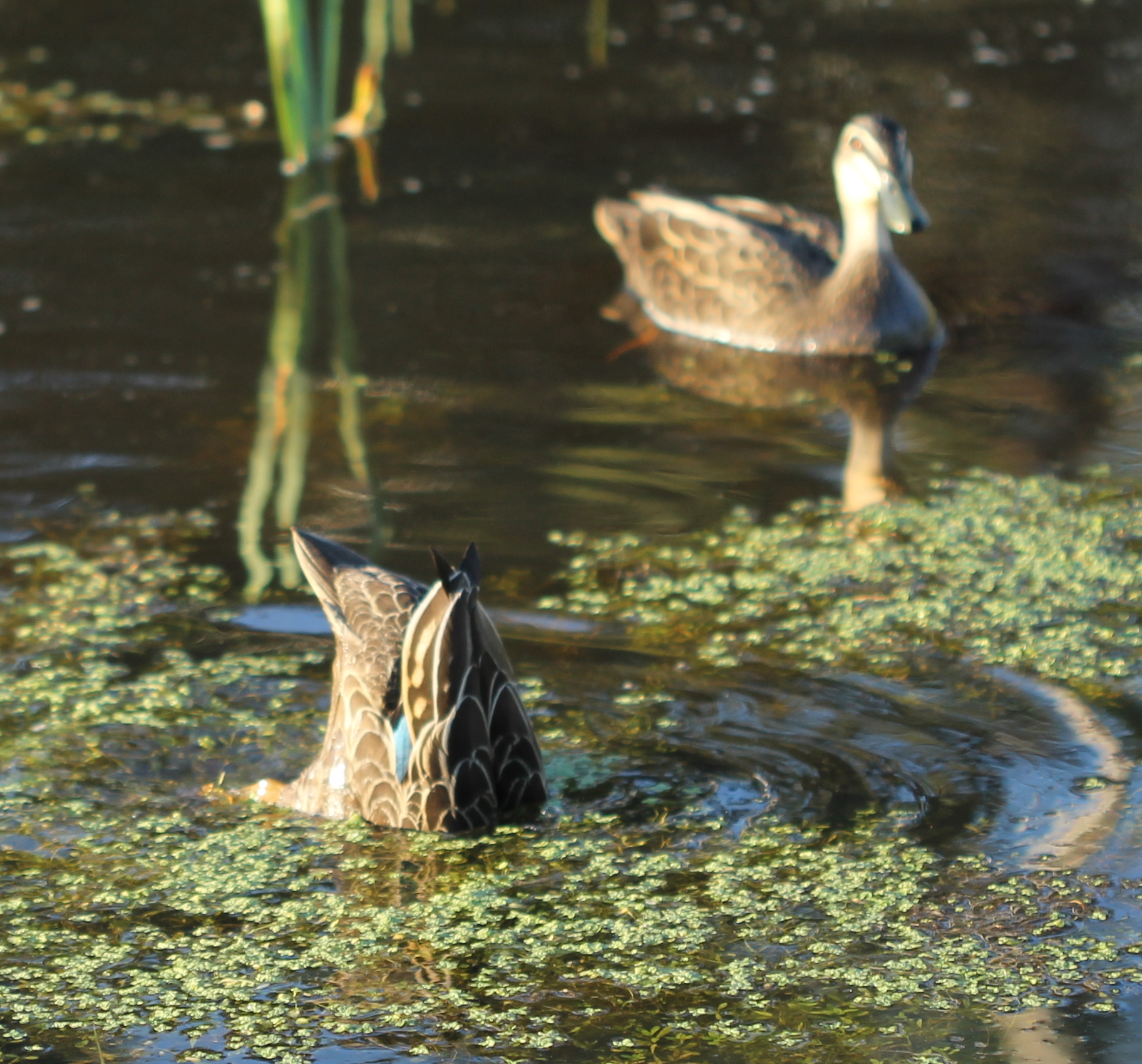 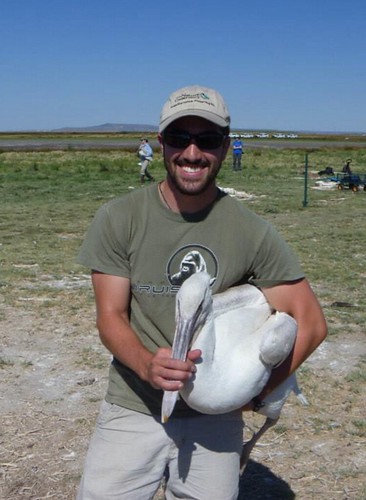 Cory Elowe is a PhD student in Organismic and Evolutionary Biology at University of Massachusetts, Amherst.
Research area: Integrative environmental physiology of fuel use in migratory birds
Contact: crelowe@umass.edu
About Cory: I am integrating molecular and tissue-level physiology to study how migratory birds fuel their spectacular flights. I am passionate about finding connections across all biological levels, from molecules to populations. Furthermore, having worked in conservation prior to starting graduate school, I’m always excited to share my research and love of science to ensure that all people can appreciate how incredible nature is!