Call of the wild becomes call of the squeaky toy through artificial selection.

My favorite kind of dog is not a specific breed, but a general body type: round with short legs. If you show me any dog I’ll squeal and try to pet it, but I make the highest of high-pitched noises when I see a pudgy, low-profile canine like a corgi, a dachshund, or a bulldog.

But maybe you prefer long, lean dogs like greyhounds or enormous fluffy Newfoundlands. Maybe you like mustachioed Scottish terriers or galumphing Great Danes or pint-sized Chihuahuas. The good news is, the World Canine Organization recognizes over 340 breeds of dog, so somewhere out there is a dog exactly the shape of the soft spot in your heart. But how did we end up with such a huge diversity of dogs in the first place? 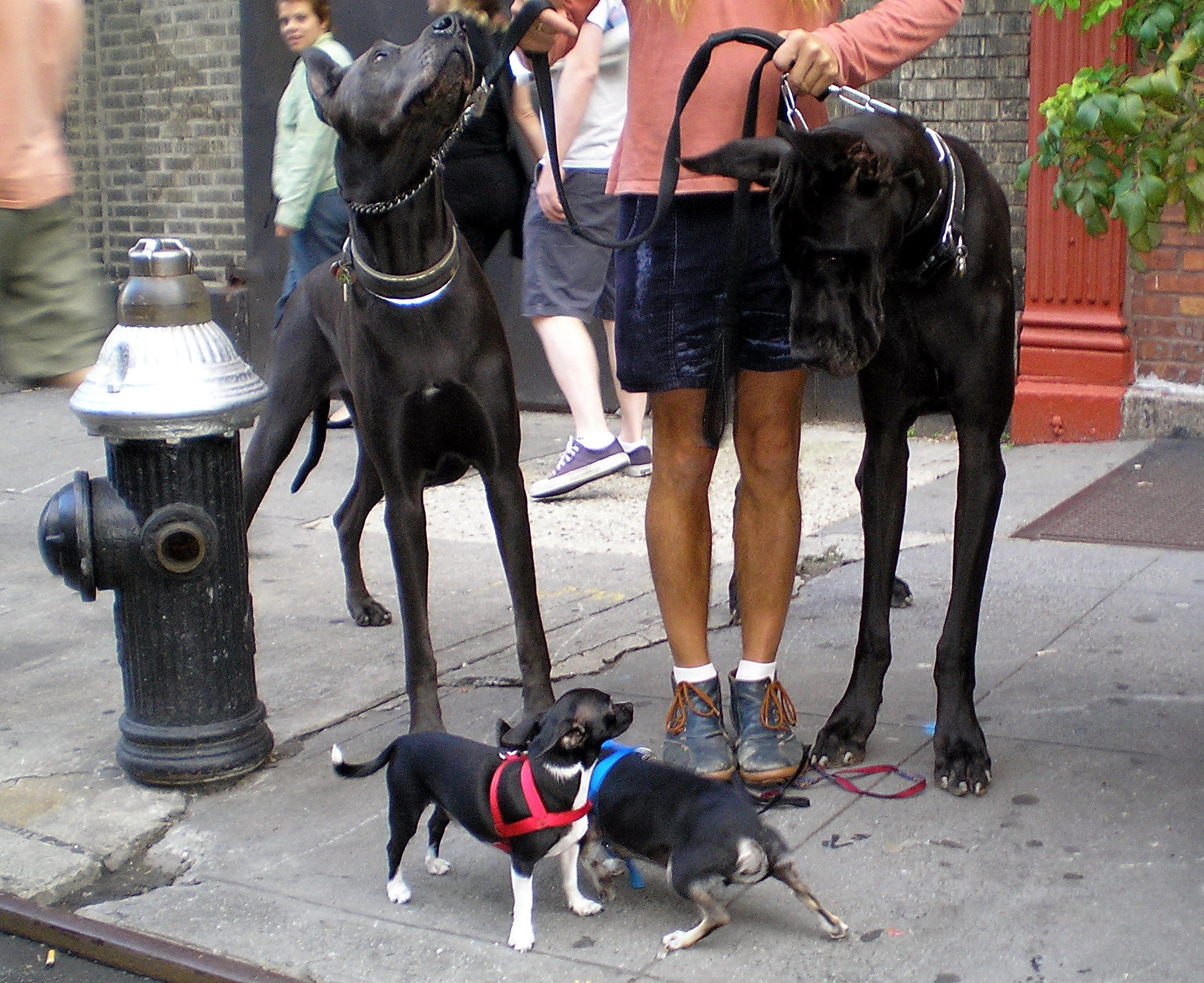 Fig. 2 It doesn’t seem like these things should be the same species, but Chihuahuas (tiny, at bottom) and Great Danes (huge, bemused, at top) are both breeds of Canis lupus familiaris, the domestic dog. Image: Wikimedia Commons.

Studies indicate that domestic dogs split from their ancestors, gray wolves in central or southeastern Asia, about 14,000 years ago [1]. Scientists can compare differences in the dog genome, or genetic code, with the wolf genome and use an estimated rate of change to back-calculate the time since the two lineages diverged. 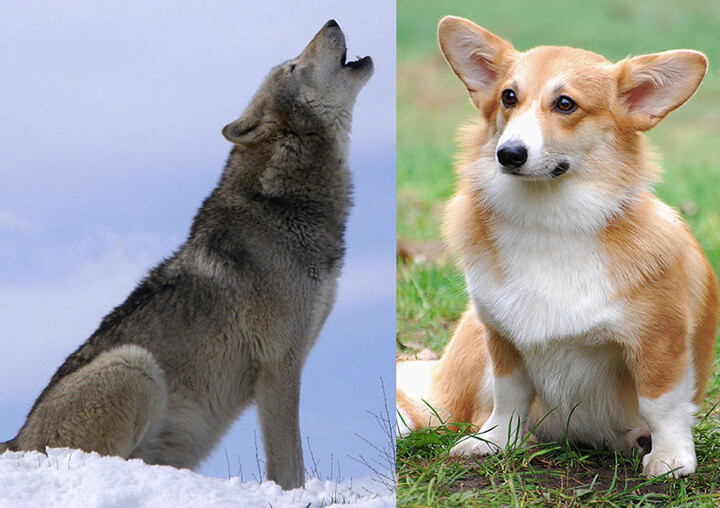 Comparing the genomes of many breeds of dogs with wolves also gives us interesting information about what genes make our canine companions different from their wild relatives. One major area of difference lies in genes involved in neurological processes—for example, connectivity of nerve cells. These genes may be related to behaviors we associate with domestic dogs, such as reduced aggression [1]. Genes involved in digestion also differ between dogs and wolves. Genes that regulate digestion of starches are expressed more in dogs, which is an indicator of their transition from the more carnivorous wolf diet to an omnivorous lifestyle as man’s most reliable table-scrap repository [1].

Traits that are associated with domesticated behavior in dogs have evolved in a slightly unusual way. While most species have evolved through natural selection, dogs are a special case of rapid evolution via artificial selection.

Artificial selection means that humans purposely breed animals with different combinations of traits in order to increase the likelihood of that trait in the offspring. To be clear, humans did not create wrinkly skin or floppy ears or any other domestic dog trait—rather, they preferentially bred dogs that already displayed traits they found desirable. Over thousands of years of breeding, these traits intensified and we ended up with artificially-selected canines who didn’t necessarily need to be good at hunting or running since they depended on us for food, shelter, and belly rubs [2].

Most of the diversity in dog breeds has originated in the last few hundred years alone. Dog breeders in the past weren’t working from a genetic basis—they were just carefully breeding dogs with physical traits and temperaments that made them well-suited to a variety of human purposes, from herding animals to guarding to companionship. However, because we can trace the rapid evolution of dog breeds through artificial selection, domestic dogs are an interesting avenue for research. Scientists have identified regions of the genome that may be responsible for the wrinkly face of the Shar-pei and the short legs of corgis and dachshunds [2], among other traits.

Although genetic science is advancing rapidly, we still don’t know which genes are responsible for ensuring that a dog will always prefer your bed and the exact spot where you are currently sleeping to the dog bed you bought them, no matter how sumptuous and full of orthopedic memory foam it may be.

In the meantime, tell your dogs from me that they’re good dogs and don’t forget that they are no longer adapted for hunting moose, so they deserve a treat right now. What good dogs!

« Building with Microbes (In Mind)
Archive
Know Your Limb-its »