Did you know that some pesticides are not hazardous? The industry is shifting towards safer formulations that mitigate non-target impacts.

Everyday we are constantly introduced to new forms of technology. These changes span as far as improvements in the implementation, safety and creation of pesticides in a world where we know a lot more about the substances that are being used, and how they break down in the environment. You may be wondering why we even need pesticides. Why are we killing insects when they have brains and hearts and maybe even feelings too? Most of the time, insect-plant interactions remain in equilibrium. Insects feed and plants grow with little change in community dynamics. However, sometimes insect populations will outbreak and cause a lot of leaf loss or crop damage. For example, when an exotic insect is introduced to a new region, it often establishes in high numbers, because its population is not regulated by its native natural enemy (or a predator). Pesticides are useful when a natural enemy is unknown and biological control, or the introduction of natural enemies of a pest into its introduced environment, is not yet feasible. Pesticides are also an important tool in small scale insect management projects, such as preserving landscape trees or protecting a farmer’s crops. Biological control will not ensure the protection of a single tree since it is usually applied to a broader area. By lowering pest densities with pesticides (small scale) or biological control (large scale), we can prevent insect outbreaks and the large economic and ecological costs that are associated with foliar and crop damage.

The EPA defines pesticides as any substance or mixture that prevents, destroys, repels or mitigates a pest [1]. These pests come in all shapes and sizes, including insects that feed on plants and insects that eat other insects, called parasitoids. Despite the positive intentions of pesticides to control invasive pests, they are often perceived in a negative light. Pesticides can be broken down into three categories: conventional pesticides, biopesticides, and minimum risk pesticides. The active ingredient, also known as the substance that is responsible for killing the pest, is the differentiation factor between pesticide categories. Active ingredients are combined with other inert ingredients to create a pesticide. Inert ingredients help the active ingredient be successful. They can increase applicator safety, product shelf life or ease of application [2]. Conventional pesticides are composed of synthetic active ingredients, which allow them to persist in the environment for long periods of time. Biopesticides are sprays that contain live pathogens, viruses or nematodes as their active ingredient. Bacillus tinuringiensis is a biopesticide active ingredient of a bacterium that is used in many formulations to prevent insect herbivory [4]. Minimum risk pesticides do not cause direct harm to humans or the environment and are not regulated by the EPA [5]. The three types of pesticides demonstrate that the pesticide spectrum contains various levels of toxicity and risk.

The blanket term ‘pesticides’ can also be split into two groups based on their formulations (combination of inert and active ingredients); restricted use pesticides (RUP’s) versus general use pesticides (GUP’s). RUP’s cannot be sold or applied by the general public. They require a certified applicator to be on scene during the application process [7]. This distinction prevents uninformed persons from applying RUP’s at an inaccurate dose or during the wrong time of the year. Dosage and timing are extremely important in preventing non-target impacts (i.e. bees), as well as lowering human and environmental risks. A pesticide label describes specific times of year for application and the amount of pesticide that should be applied at that time. GUP’s can be purchased and applied by the general public. However, the general public cannot charge for application unless they have a pesticide applicator license. They are a grade below RUP’s in terms of risk and toxicity. Restricted use pesticides have a higher risk of adverse effects compared to GUP’; however, they both require that the applicator follow the guidelines stated on the label to mitigate non-target impacts. 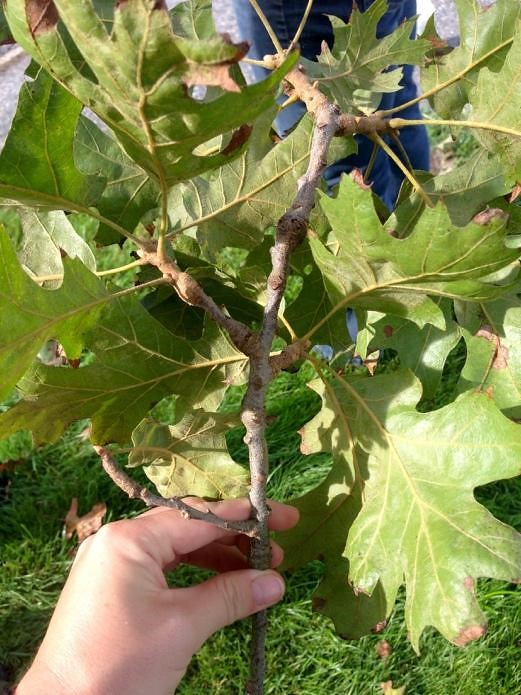 Minimum risk pesticides do not cause harm to humans or the environment. They are not required to be registered (the section 25b exemption) under the Federal Insecticide, Fungicide, Rodenticide Act (FIFRA) by the EPA [5]. This means that the EPA does not review or regulate pesticides that satisfy the 25b criteria. These minimum risk pesticides are comprised of natural ingredients that successfully deter and control insects and/or fungal pathogens. Example ingredients include oils, acids and seeds extracts. Certain ingredients are classified as food safe, whereas others can only be used on ornamental crops [6]. For example, Eco-Mite Plus is a contact insecticide derived from rosemary and cottonseed extracts. It can be used to control piercing and sucking insects and has been proven to be very successful. For a complete list of food-safe inert ingredients and more information about 25b pesticides, please check out Arborjet’s blog on Minimum Risk Pesticides. The development of 25b pesticides has changed the insecticide industry for the better by increasing the safety and accessibility of pesticides. Figure 4. Eco Mite’s effect on mite mortality on green beans–more pests were killed with the Eco-Mite treatment than the untreated control. (Source: Arborjet)

Over the past few years, neonicotinoids have been a popular topic in the news. Neonicotinoids are a type of pesticide that impacts the central nervous system of the pest and can lead to paralysis and death [8]. Neonicotinoids are a class of conventional pesticides. The results are still inconclusive on neonics, but the data on new technological advances (mentioned above) in chemical insect control is undeniable.

Companies all around the world are working to create safe, efficient pesticides that will mitigate pest outbreaks. So next time you hear someone say they are going to apply a pesticide, don’t judge right away. Take a minute, ask them what type of pesticide they are using? Is it a biopesticides with a pathogen, a 25b pesticide with sesame and mint oil, or is it a highly toxic active ingredient? Regardless of their choice, you will be educated enough to know that one blanket term cannot describe them all.

The term pesticide should be applied to a spectrum. I for one, am grateful that pesticide companies are changing the industry and moving toward safer, less toxic methods of control.

« Who needs males after all?
Archive
Building with Microbes (In Mind) »