Meet these all female lizards who propagate their species with some diversified cloning and lady lovin’.

Imagine a world where men don’t exist, and women live in perfect harmony. Sounds like a page ripped right out of Herland. While some women may bemoan nature’s way of making men necessary for our species’ continued survival, a male-free existence isn’t always science fiction. Evolution has found a way to make males obsolete in one species of lizards.

Whiptail lizards are found in the deserts of New Mexico and Arizona. There is one species, Aspidoscelis uniparens or the Desert Grassland Whiptail that has been well studied for its ability to reproduce through parthenogenesis, where females use asexual reproduction to produce offspring without male fertilization. They’re also studied because despite having no males, females will still engage in both male and female sexual behaviors with each other. 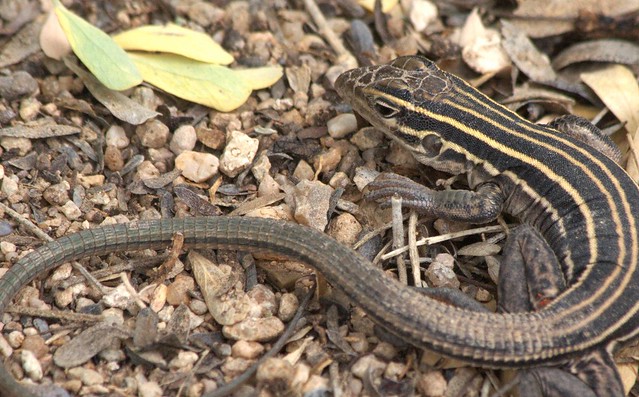 Fig. 1: Desert grassland whiptail lizards are all born female and can only reproduce via parthenogenesis. (Source: Brent Myers)

Why would all-female asexual lizards bother getting it on if fertilization is pointless? Well, to understand their behavior, you first must understand the point of sexual reproduction.

In parthenogenesis, the female eggs will become clones of the female. A. uniparens is an exception, where they produce genetically distinct offspring by starting with twice the DNA and shuffle their own genetic makeup [1]. Typically, when eggs and sperm are made, they each double their DNA and then go through two divisions so they only contain half of the genetic makeup (haploid) in each cell (Fig 2). Then when a sperm fertilizes an egg, the chromosomes come together to form a unique individual cell. For A. uniparens, the egg cells remain diploid (both sets of chromosomes) when splitting because of the initial doubling of DNA occurs twice. During these doubling events, genetic recombination occurs by patches of DNA being cut from one chromatid and repaired on the sister. This results in unique individuals for A. uniparens.

Fig. 2: Normal process of meiosis where DNA doubles once followed by two divisions so that one cell becomes four with haploid DNA. Color changes illustrates crossover of DNA. For A. uniparens, doubling happens twice just before meiosis begins so that daughter cells end as diploid. Source: Rdbickel.

Sexual reproduction is the primary mode of producing offspring amongst vertebrates such as birds, mammals, and reptiles like whiptail species. While there are many variations in how animals have sex, evolution has provided a hormonal system that is fairly consistent across sexually reproducing animals.

Ovaries contain eggs. They also release the sex hormones estradiol (an estrogen) and progesterone at different times during a female’s cycle to prime eggs for fertilization and create a nice habitat for developing embryos. Before ovulation, estradiol increases in the body, signaling to the ovary to release its most mature egg for fertilization. High estradiol also communicates to the brain that it should increase desire in females to be more receptive towards male intercourse. After ovulation, estradiol drops dramatically and the hormone progesterone increases. Sexual receptivity also declines in females with high progesterone and they ready their bodies for growing the potential new life.

This hormonal process occurs in sexual species of whiptail lizards. Males mount females when estradiol is high, and females become unreceptive when estradiol is low. However, for A. uniparens there are no males to speak of. Instead, females use their already efficient hormonal system to switch roles. When parthenogenetic lizards have high estradiol, just like their sexual counterparts, they become receptive to mounting by other females. For female lizards who have low estradiol and high progesterone, they instead produce “male-like” behavior and mount high estradiol receptive females [2]. It’s a sort of “you scratch my back, I’ll scratch yours” exchange. 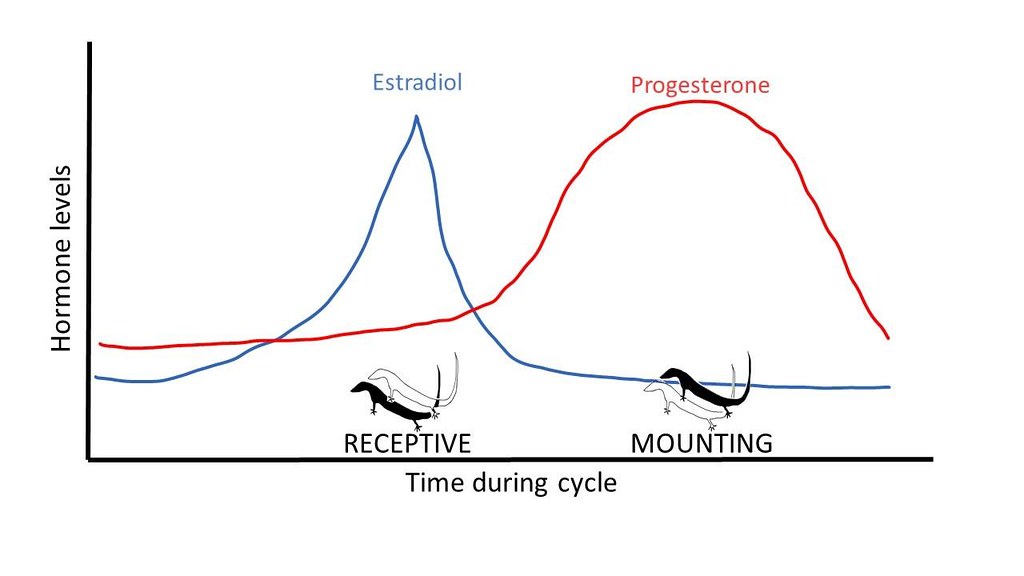 So how does the brain control this versatile switching? Researchers find that in the preoptic area (POA) of the hypothalamus of the asexual lizards, high estradiol increases the receptor for progesterone, making the brain ready to receive progesterone’s signal. This increase in progesterone receptor is not seen in females of the sexual species, indicating that this is a specific adaptation for A. uniparens, and likely why sexually reproducing females aren’t mounting other lizards during progesterone surges [3,4]. Instead, in the sexual species, the POA is rich in the receptor for testosterone in males, which is the hormone that usually drives mounting in males across the animal kingdom. Since A. uniparens are male-free and testosterone light, they use this system to produce mounting behavior, with progesterone taking over what testosterone used to do.

For most sexual species, male-like mounting and female-like receptivity are usually organized early in embryonic development of the brain and cannot be switched by adult hormones later in life. However, A. uniparens defies this convention, demonstrating the flexibility of the female brain to adapt to a male-free world.

Now, whether the all-female whiptails are living in a utopia is up for interpretation.

« The Bizarre Shopping List of a Determined Scientist
Archive
Better Safe Than Sorry: The Pesticide Industry is Getting a Revamp »