Jumping spiders can change the direction of their gaze without changing their body’s position. If you think about it, it’s just like a creepy painting with eyes that follow you across a room…

In the invertebrate world, moveable eyes are pretty uncommon. This is hard to imagine as humans because we can look up, down, and side to side without moving our heads or bodies at all. But think of a bumblebee or a cockroach. To look at something, their bodies must be oriented in the right direction. Jumping spiders (family Salticidae) are a unique case.

Jumping spiders are those quick, hairy fellows that you may have squashed with a frantically grabbed shoe or magazine at some point in your life. Besides surprising you in your home, these spiders live interesting and complex lives. Jumping spiders are named for their ability to leap up to 50 times their body length. They jump by rapidly changing the blood pressure in the cephalothorax, the fused head and body unique to spiders. This causes a rush of blood to their legs, and the fourth pair of legs quickly extends and propels the spider into the air [1].

On top of all this, jumping spiders have remarkably good vision. They have four pairs of eyes, each one built into the carapace of the spider, or its hard outer shell. 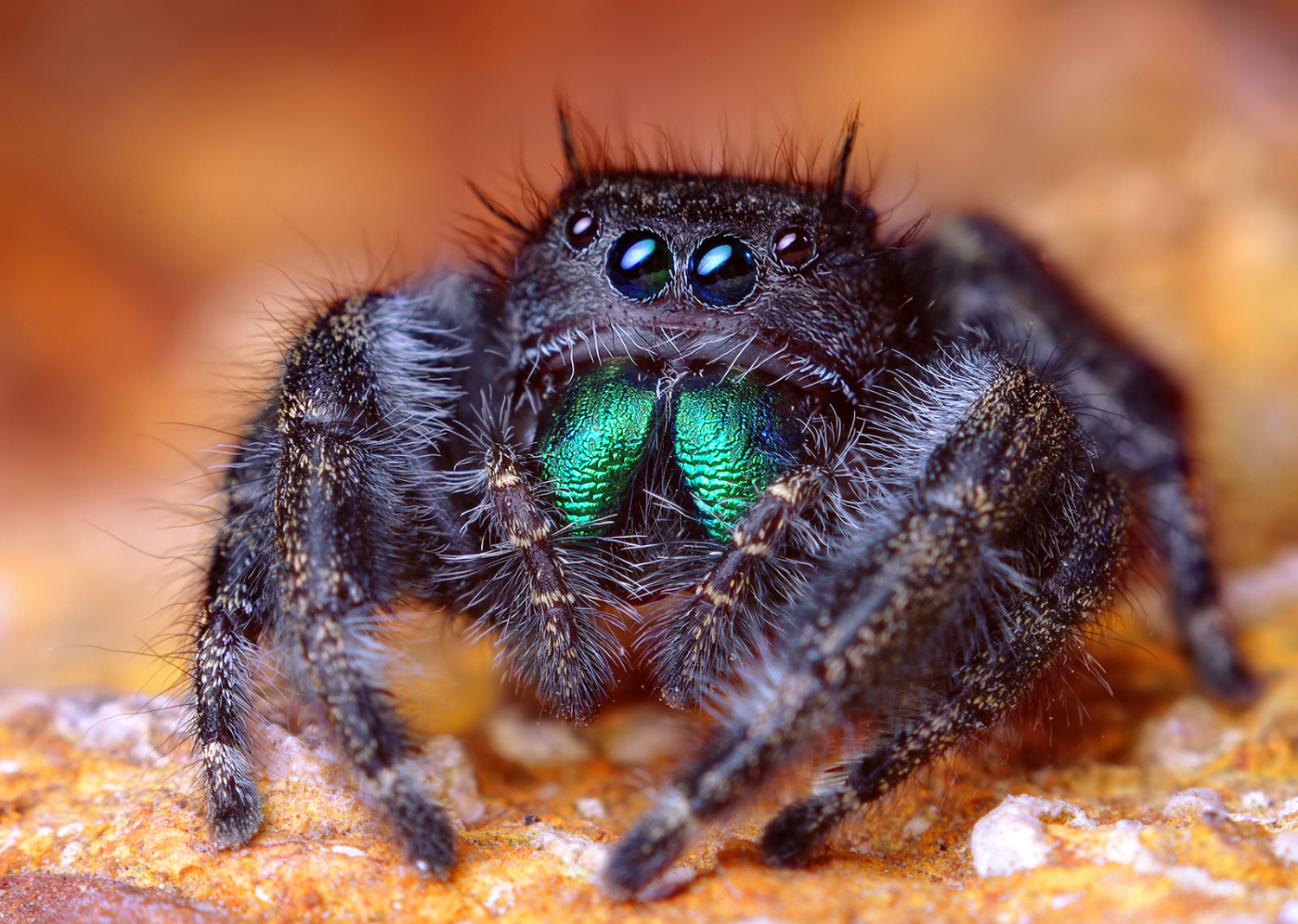 Figure 1. A female Phiddipus audax jumping spider. Notice her eyes, arranged in a characteristic pattern on her head (also known as her cephalothorax). The two pairs of eyes visible in this picture are known as the principal eyes and the anterior lateral eyes. Photo by Thomas Shahan.

Inside each one of the biggest pair of eyes, known as the principal eyes, there is a tiny movable, wiggling muscular tube with a retina at its tip. A retina is the light-sensitive layer of tissue which transforms light into nerve signals that travel to the brain. The principal eyes are great at detecting fine-scale details and color. A jumping spider can swivel its retinae around and direct them towards various visual stimuli, like a tasty cricket, a potential mate, or even a curious human. Female jumping spiders also use their superb vision to evaluate the mating dances of males. These dances are elaborate and often very bizarre, involving postures with names like the “bump and heave” and the “zigzag dance,” [2]. 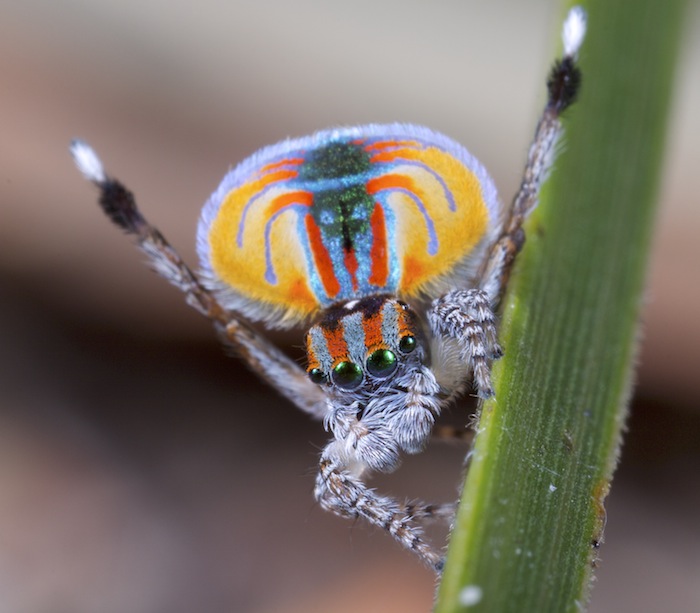 In case you’re not too keen on gazing deep into the eyes of a jumping spider anytime soon, here’s a video of an especially transparent jumping spider from the genus Amycinae, filmed by Dr. Wayne Maddison of the University of British Columbia. You can actually see the spider’s retinae moving through its clear carapace.

[2] Jackson, Robert R. 1977. An analysis of alternative mating techniques of the jumping spider Phidippus johnsoni (Araenae, Salticidae). The Journal of Arachnology. Vol. 5., no. 6: 185-230.

« Slimed and Consumed - The Blob is Real!
Archive
Employee of the Month - Hire a Microbe to Do Your Work »