If you’re perfectly happy thinking of bioluminescence as the result of sheer magic, do not read this post. If you’d like to understand the biological mechanism behind it, however, this post is for you. Spoiler alert: it’s not magic (and the tooth fairy isn’t real either…) 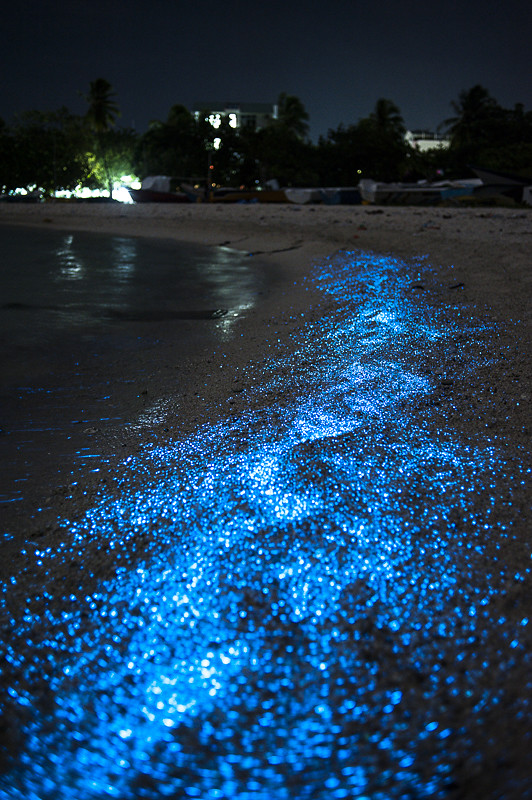 Fig. 1 Bioluminescent plankton along a beach in the Maldives (Source: Flickr)

You might have come across photos of beaches whose waters look more like a million fairies or the night sky than the normal waves rushing ashore. If you are really lucky, you might have visited one of the locations where such a glorious ecosystem exists, like the beaches of Puerto Rico and the Maldives. What is this beautiful phenomenon that appears nothing short of magical? Bioluminescent plankton.

Bioluminescent plankton are a group of marine organisms that produce light. This group is made up of a variety of organisms including bacteria such as Vibrio fischeri and Photobacterium leiognathi. The term “bioluminescent” says it all – “bio” meaning life, and “luminescence” meaning light, together: light produced by a living organism. 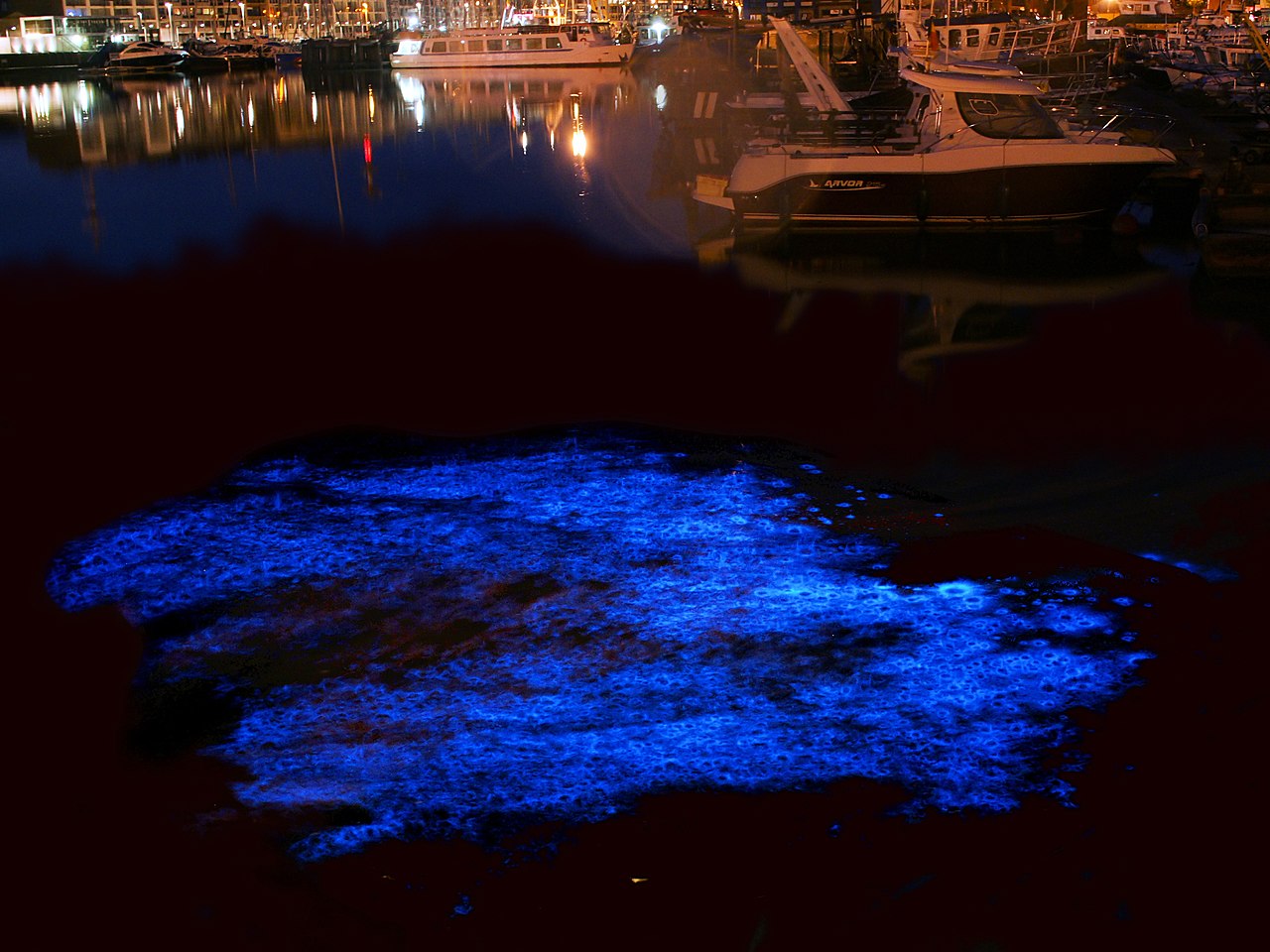 Bioluminescent organisms are found in a handful of ecosystems and include life forms that are quite different from each other - animals, bacteria, and protists. As you can probably imagine, for a tiny living cell, producing light is quite a bit more work than simply screwing in a lightbulb. Since it is a very energy intensive process, and one cell alone doesn’t really produce any noticeable light, there is no point in investing energy in producing light if you don’t have a bunch of friends around you doing the same thing. That is why when the bioluminescent organisms in question are bacteria, bioluminescence is considered a density dependent trait. Density dependence means that Individual cells only produce light if there are other cells around them that are able to do the same thing. Think of it as bacterial peer pressure. But how do bacteria know if there are enough bioluminescent friends around them? Thanks to something called “quorum sensing,” bacteria (as well as some insects) can communicate in order to act in sync as a group. Quorum sensing is used by bacteria for many processes in addition to light production, such as antibiotic production and causing disease. Here’s how quorum sensing works: bacterial cells sharing the same environment release a specific molecule such that when the concentration of the molecule reaches a certain value in the environment, all the cells realize there are plenty of friends around them, getting ready to produce the goal molecule in question. In this case, they would each receive the memo: “let’s all produce light!”. Next, the genes in all of the cells present are switched on for the production of an enzyme called luciferase in order to make light, but more on that in a bit. [1]

This all sounds like a bit of a hassle, doesn’t it? And for what – just so that us humans can admire this special shimmering scene? Researchers have several ideas as to why marine bacteria go to all this trouble to produce light. A common hypothesis is that light production is a way for cells to lure in hungry fish and other marine animals. Once the bacteria are eaten, they can set up shop in the animal’s nutrient rich gastrointestinal tract, where they can live like kings! The bacteria get a pretty much endless food supply, and the animal is able to use the light produced by the bacteria to its own advantage. Some animals even have organs with transparent tissues that have evolved to showcase the light produced by their new little tenants. This presentation can be used to evade predators or even to attract prey (just like in that terrifying Finding Nemo scene), but either way it’s a win-win! [1]

The bacterial bioluminescence system is very similar to other bioluminescent animals such as fireflies and jellyfish. This natural strategy is so impressive that we actually borrow this “technology” for research applications. Turns out we can still learn a thing or two from nature. Bioluminescence is used in labs in order to visualize and analyze different biological systems. Light is produced with the help of the previously mentioned enzyme luciferase, which acts on a protein called luciferin. Through a set of chemical reactions, luciferin reaches an excited state, and when luciferin goes back to its grounded state, it releases a photon of visible light. [2][3]. 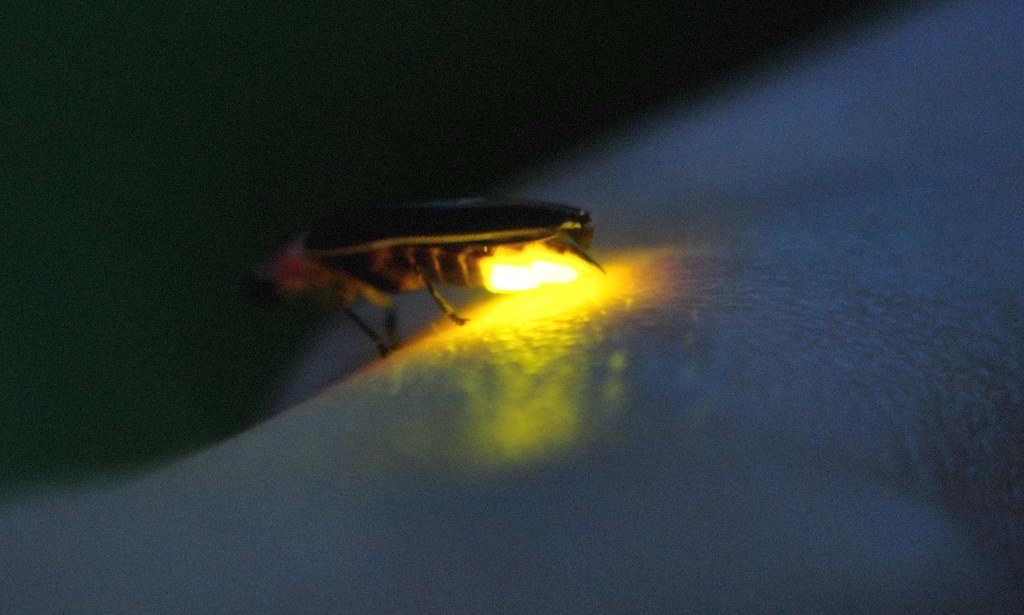 Fig. 3 Bioluminescence in fireflies is produced in a similar manner as marine microbes (Source: Flickr)

When I was a little girl I was absolutely certain that I had seen fairies in the trees one night. Years later, the unfortunate realization dawned on me that those fairies might have actually been fireflies. While it can be fun to believe in magic and to think of natural phenomena as sorcery, there is also something quite enchanting about understanding the science of the world around us and how it works. Whether in the context of fireflies in the woods or illuminated ocean waves, the fact that these organisms have been able to develop such a brilliant and beautiful mechanism is in itself, quite magical. 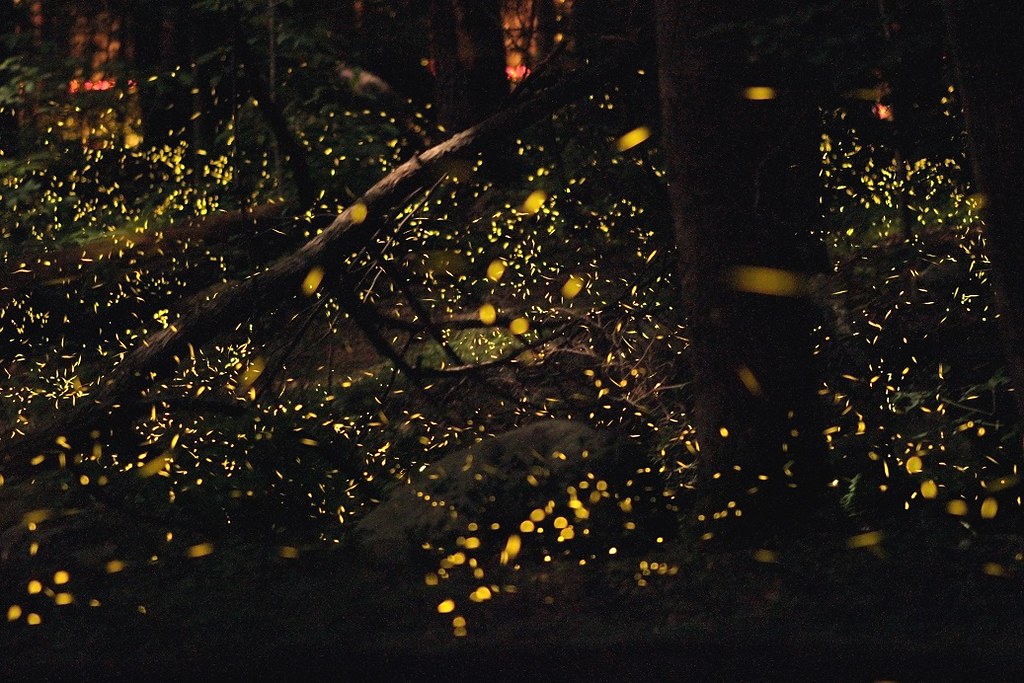